LONDON (AP) — The family who owns a house in southwest England where an artwork from Banksy appeared in time for Valentine’s Day has covered the mural after it was defaced.

Temporary fencing was also added Saturday to the home in Bristol and closed-circuit television has been installed to protect the artwork, which shows a young girl firing red flowers from a catapult.

The elusive artist confirmed the mural as his creation on his official Instagram account on Feb. 14. It was later defaced with an expletive.

Kelly Woodruff, the daughter of Edwin Simons, who owns the rented home on which the artwork appeared, said the family felt a “strong responsibility” to ensure that the artwork could be enjoyed by the general public.

“Due to the mindless vandalism to the artwork, the family have taken the very difficult decision to cover the artwork to try to protect it,” she said. “All measures are temporary and we ask that the public are patient while we work out the best way to clean the damage, restore and protect it for the future, so everyone can enjoy Banksy’s work.” 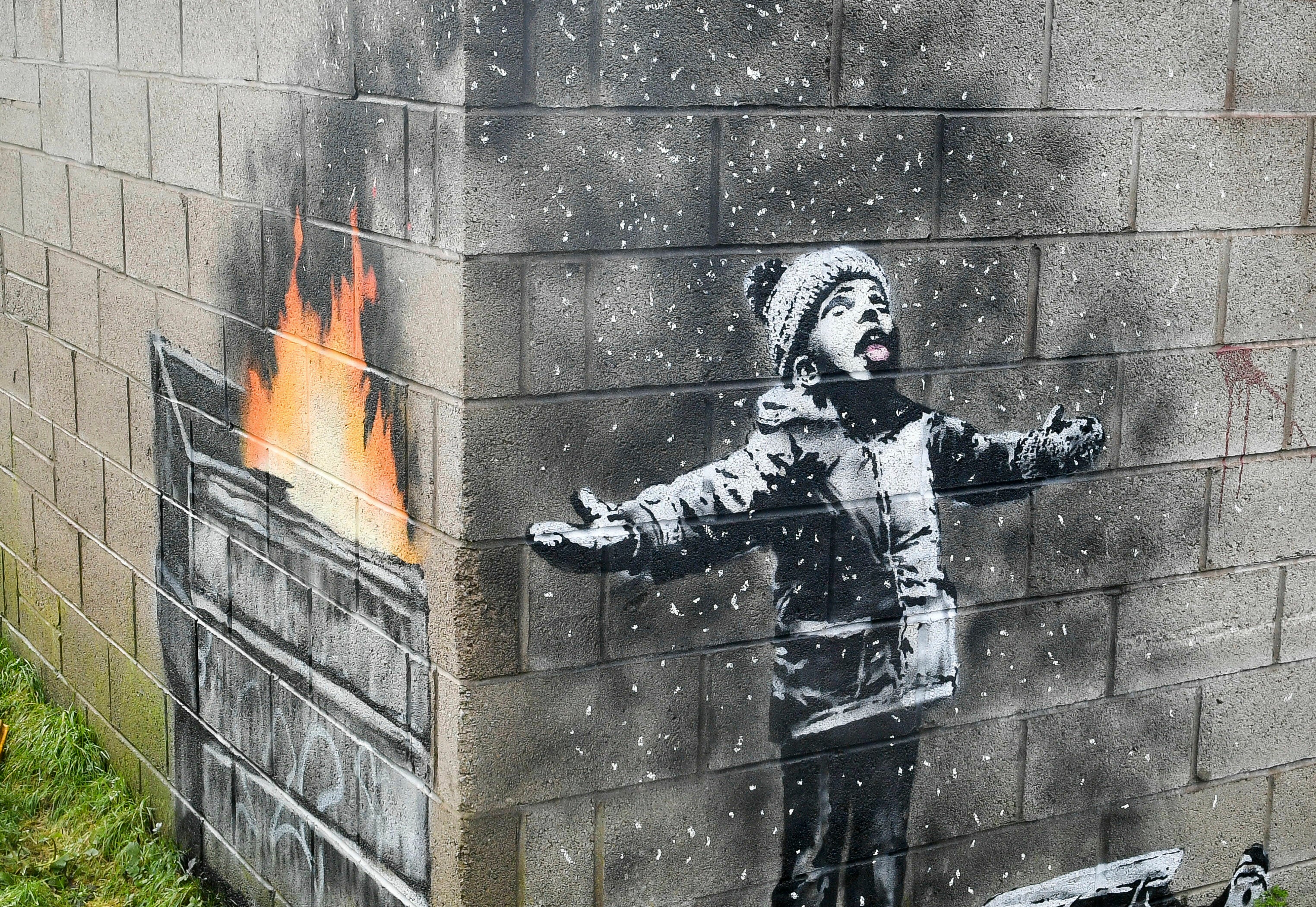