A recent survey conducted by the Massachusetts Cultural Council suggests that the state’s cultural nonprofits have already lost more than $55.7 million as a result of closures related to the COVID-19 outbreak.

From March 16-22, the MCC asked 566 cultural nonprofits to share their estimated lost income to date as a result of the coronavirus. Along with the $55,748,138 lost income (an average of $133,368 per organization), 58 percent said they plan on laying off, furloughing and/or reducing hours for staff, for a total of 8,221 jobs impacted by the pandemic. Most organizations had been closed for about a week when the polling took place.

While the council did not name the organizations that participated in the survey, prominent arts and culture non-profits listed by the Massachusetts Non-Profit Network include the Boston Children’s Museum, the Coolidge Corner Theatre, ArtsBoston, Boston By Foot, and the Boston Landmarks Orchestra.

Council officials said in a press release that the organization is sharing these figures with the public and legislators on Beacon Hill in the hopes that cultural non-profits would be included in any economic relief proposals.

“We call on the State Legislature to remember Massachusetts artists, humanists, scientists and cultural nonprofits as state emergency relief/mitigation packages are developed and advanced,” the organization wrote in the release.

Along with non-profits, the council also surveyed 595 individual artists and independent teaching artists/humanists/scientists during the same time period, who reported a total of $2,885,222 of lost income due to the pandemic, for an average of $5,098 lost per person and a median of $3,000. Many artists tend to rely on multiple regular gigs to earn a living, and the survey reflected that, with respondents reporting having lost an average of nine gigs/jobs due to the coronavirus, and 55 percent saying that arts/culture income makes up between 75 and 100 percent of their total income.

As cultural organizations across the state have been forced to close their doors, many have started to solicit donations, while others have found creative new streams of income. Coolidge Corner Theatre, which is continuing to pay its staff and hourly employees while its doors are closed, is providing “virtual screenings,” listing three new films on its website that you can rent directly from the film’s distributor while sharing a portion of the profits with the theater.

“Your kindness during this difficult time has overwhelmed us,” the theater wrote in an e-mail to its newsletter subscribers Wednesday morning. “From messages of support on social media to donations and gift card and membership purchases, we have truly been floored by your response, and consider ourselves lucky to be a part of this community.” 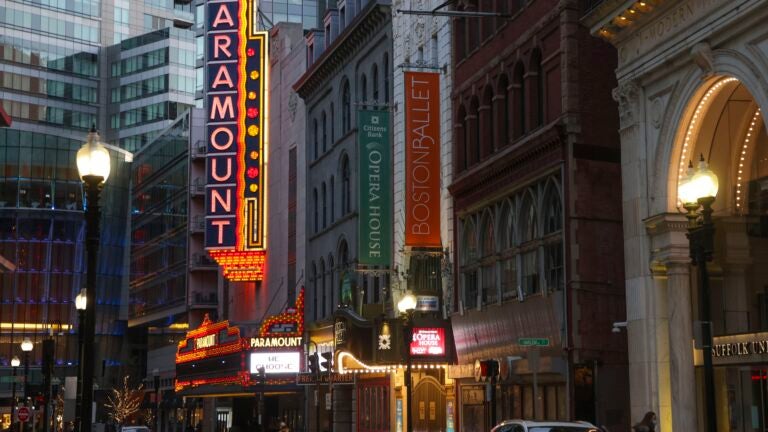 Are you attending live productions in person this year? Let us know.