Move over, Mona Lisa. You may be about to have competition as the most talked-about woman in the Louvre.

For the first time since its creation in 1793 in the wake of the French Revolution, the Musée du Louvre will be headed by a woman, Laurence des Cars, the current head of the Musée d’Orsay and the much smaller Musée de l’Orangerie.

Des Cars, 54, was appointed Wednesday as the museum’s president-director by the president of France, Emmanuel Macron.

“Four years at the Orsay gave me this confidence, this crazy idea that I could be the next president of the Louvre,” des Cars said in an hourlong telephone interview. “The president probably saw that I was ready for the job and that I am somehow serene. I am not overanxious. I have to stay very calm.”

On Sept. 1, des Cars will replace the museum’s leader of eight years, Jean-Luc Martinez, who had waged an intense media campaign to stay on for a new five-year term.

The two museum directors could not be more different. Both studied art history at the École du Louvre, the museum’s prestigious school. But the Louvre has traditionally been run by upper-class art historians, and Martinez, a trained archaeologist with little expertise in painting, was the son of a postman from a working-class suburb of Paris. Des Cars, a specialist in 19th- and early-20th-century painting, is descended from a French noble family of writers.

Des Cars will take over the museum — which belongs to the French state and has an annual budget of about 240 million euros (or $291 million) and more than 2,000 employees — at a difficult time. The pandemic has put a brake on international tourism, which accounted for 70% of its visitors. Before it hit last year, the Louvre was getting about 10 million annual visitors, making it the most visited museum in the world.

“This very long lockdown and closure of museums has been very painful,” des Cars said. “What I fear most is that there will be a temptation for people to close in on themselves, that people will be so insecure they will be afraid of the outside. I want to open the windows and open the doors and make connections so that people will see there is a whole wild world to discover.”

Des Cars’ confidence stems in part from the role she played as scientific director of the development of Louvre Abu Dhabi, a museum in the United Arab Emirates that leases the Louvre’s brand and which opened in 2017.

She became director of the Musée de l’Orangerie in 2014, followed by the Musée d’Orsay in 2017, where she has been praised for exhibitions made in collaboration with partners such as the Metropolitan Museum of Art. The 2019 show “Black Models: From Géricault to Matisse,” which focused on previously overlooked Black figures in French art and was developed with the Wallach Art Gallery in New York, is considered a landmark of her tenure. In March, the Orsay was also the first French museum to voluntarily return a painting looted by the Nazis.

She already has plans for big changes. She pledged to extend the Louvre’s opening hours into the evening, to attract younger visitors. “Young active people can come for one hour after work, have dinner at the Louvre, have the pleasure of getting lost in the Louvre,” she said.

She hopes to expand cultural collaborations with contemporary artists and organize more exchanges with writers, musicians, dancers, filmmakers and designers. “Let’s not be afraid,” she said.

She wants to do joint exhibitions with other French museums, breaking down chronological barriers; the Louvre’s works of art date to the mid-19th century, at which point the Orsay takes over. “Our separations are a little artificial,” she said. “Wonderful things can be done. We can connect the Impressionists generation with the old masters.”

She hopes to expand international partnerships, particularly in vulnerable war zones and sites like Sudan that suffer from looting. The Louvre has long conducted archaeological excavations around the world and is working with the Smithsonian to rebuild the museum in Mosul in Iraq, for example.

She plans to create another department for Byzantium and eastern Christianity, which she said is “lost” in the Louvre, and open another entrance to relieve the congestion at I.M. Pei’s pyramid.

Asked what it means to be a woman running the most visited and largest museum in the world, she replied, “Things are really changing for women in the museum world. Of the 70 curators in the Louvre, more than half of them are women. More women are heading museums, especially in Europe. And younger women are much more confident these days.”

A few months ago, it was assumed that Martinez, the Louvre’s president since 2013, was assured a third term. Under his tenure, the Louvre grew past 10 million visitors for the first time. Its Leonardo exhibition, which ended a few weeks before France went into a nationwide lockdown last year, drew rave reviews and a record 1 million visitors.

Yet critics accused Martinez of an authoritarian style that ignored the advice of his curators and a cheapening of the museum’s brand by forming partnerships with brands like Uniqlo, or allowing a couple to spend a night in the museum as part of a marketing campaign for Airbnb. (The Louvre also leased its space to Beyoncé and Jay-Z to film the music video for their song “Apes**t” and features prominently in the Netflix hit “Lupin,” one of the platform’s most watched series.)

In March, after a dispute over a new color scheme in one of the Louvre’s galleries became a weekslong talking point in France’s news media, Henri Loyrette, a former president of the museum, threw his weight behind Martinez’s critics. He gave testimony in a lawsuit brought by the Cy Twombly Foundation, which said a new paint job had disfigured a ceiling mural by the abstract American painter.

Martinez will continue at the museum, which reopened May 19 after months of being closed, until Aug. 31. He will then become a heritage ambassador, responsible for coordinating France’s participation in international projects.

Des Cars learned of Macron’s decision Monday, when she was visiting the Musée d’Orsay with her parents and other family members and received a call on her cellphone from the culture minister, Roselyne Bachelot. “My heart beat much faster,” she said. “The Louvre is the heart of Paris. The building itself goes back 800 years. It’s a former royal palace that became a public institution that belongs to the culture of France and also to the citizens of the world. It was quite an emotional moment.”

The Louvre estimates that more than 90% of first-time visitors come to see the Mona Lisa, and des Cars wants to create strategies to attract visitors to more than what she calls the “superstars” — starting with the Mona Lisa, followed by the Venus de Milo and the Winged Victory of Samothrace. “I will have to deal with these three superstars,” she said. “The public is expecting them, and we have to make it easy to see them. But the Louvre is not only about three works of art.”

With her arrival at the helm of the Louvre, might the Mona Lisa no longer be the Louvre’s most famous woman? I asked. “That might be a little ambitious,” she replied. “She already has won. She is definitely the winner forever.” 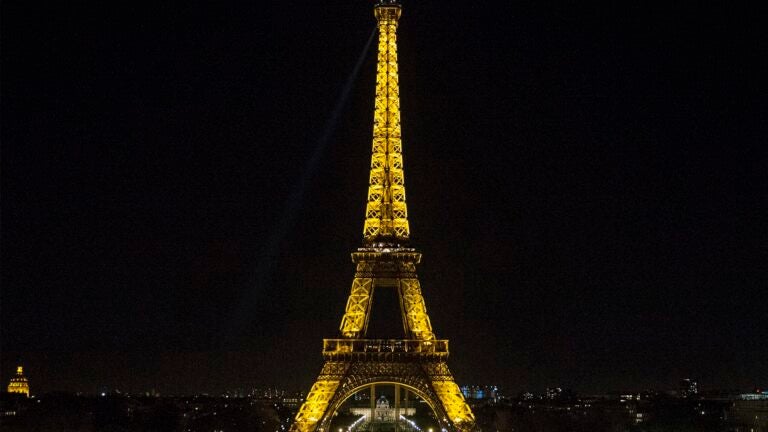 Europe is opening back up to Americans. Here's how to see some of its most iconic sites.