Rollins President Grant Cornwell and others held umbrellas during Thursday’s private ceremony as they pulled back a drape on the bronze rendering of Rogers in his iconic sweater and tennis shoes, a work titled “A Beautiful Day for a Neighbor.”

“This inspirational sculpture will be a permanent reminder of the ideals and values modeled by Mister Rogers as he set out to make the world a better place,” Cornwell said during the ceremony at the private liberal arts college in Winter Park, just northeast of Orlando.

Years before the world came to know him as Mister Rogers, Fred McFeely Rogers transferred to Rollins College in 1948 and graduated in 1951, according to the school. He majored in music composition and served as president of his fraternity and chairman of the Inter-Faith and Race Relations Committee. He also met his future wife at the school. He received an honorary degree from the school in 1974.

Rogers was best known for writing and appearing in 912 episodes of “Mister Rogers’ Neighborhood,” which ran on public television from 1968 to 2001. He died in 2003. In recent years, he has been the subject of a popular documentary, as well as a feature film starring Tom Hanks.

The 360-degree sculpture was designed by Paul Day, a British artist known for his public monuments. The bronze cast piece stands over 7 feet (2 meters) tall and weighs more than 3,000 pounds (1,360 kilograms). It depicts Rogers surrounded by children, hand puppets from his show, lyrics from the series’ theme song, and the show’s Neighborhood Trolley.

“My hope is that this piece will bring joy and inspiration to many people, just as ‘Mister Rogers’ Neighborhood’ did for generations,” Day said.

The sculpture will be part of the school’s Mister Rogers Walking Tour. 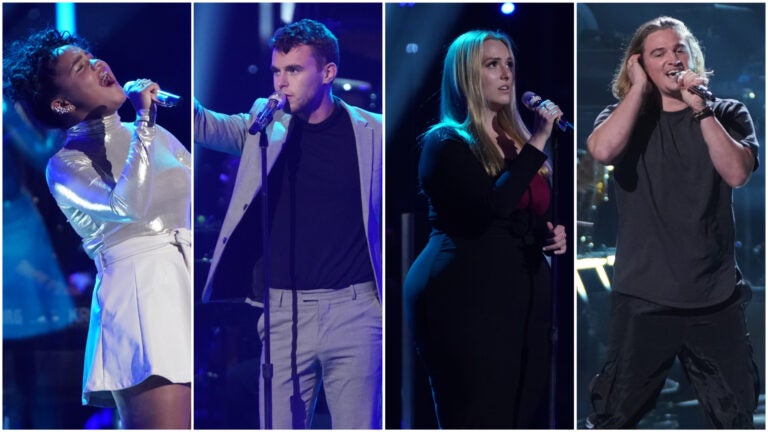