NEW YORK (AP) — The country’s next poet laureate, Ada Limón, has long thought of her work as a public art form.

“I grew up with poetry being in the community,” says Limón, a native of Sonoma, California. “It wasn’t supposed to just be something read on page; it was supposed be read out loud. I remember going to poetry readings at the bookstore where I worked when I was 16. It’s the oral tradition. That part of poetry has always remained true to me.”

On Tuesday, the Library of Congress announced that the 46-year-old Limón had been named the 24th U.S. poet laureate, officially called the Poet Laureate Consultant in Poetry. Her 1-year term begins Sept. 29 with the traditional reading at the Library’s Coolidge Auditorium, one of the laureate’s few formal obligations. Limón, who succeeds Joy Harjo, is an award-winning and unusually popular poet, her acclaimed collection “Bright Dead Things” selling more than 40,000 copies. She has published six books of poetry, most recently “The Hurting Kind,” and also hosts the podcast “The Slowdown.”

“Ada Limón is a poet who connects,” Librarian of Congress Carla Hayden said in a statement. “Her accessible, engaging poems ground us in where we are and who we share our world with. They speak of intimate truths, of the beauty and heartbreak that is living, in ways that help us move forward.”

The position was established in 1985, with other laureates including Louise Glück, W.S. Merwin and Rita Dove. Laureates receive a $35,000 stipend, along with $5,000 for travel expenses, the funding originating not from the government, but from a private gift made decades ago by the philanthropist Archer M. Huntington.

While the job is officially based in Washington, D.C., the poets are not required to live there — Limón will mostly work from her home in Lexington, Kentucky — and are generally free to shape the position around their passions. “The Slowdown” podcast grew out of a project launched by Tracy K. Smith when she served as laureate from 2017-2019.

Limón is known in part for her poems about nature and hopes to give readings at parks and other settings that emphasize and celebrate our place in the world. 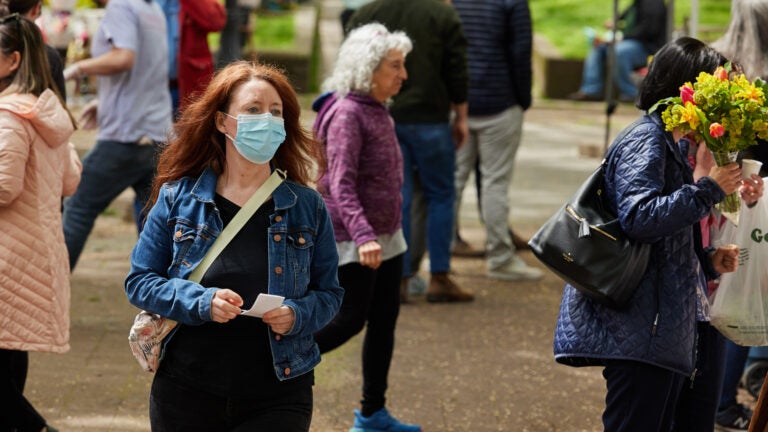