Katlijne Van der Stighelen, a professor of art history at the University of Leuven in Belgium, first encountered the work of Michaelina Wautier, a 17th-century painter, in 1993 in the storage area of a Vienna museum.

Wautier had been largely forgotten for more than 300 years when Van der Stighelen came across one of her paintings while rummaging around in the Kunsthistorisches Museum, where she was trying to hunt down a portrait attributed to Anthony van Dyck.

“A curator took me along corridors that had ‘second-class’ Flemish paintings,” she recalled in an interview. “When I was leaving, I saw a monumental painting — about 9 feet high and 12 feet wide. I didn’t recognize it. He said, ‘Not much is known about it, but it is painted by a woman.’ ”

The painting was “Triumph of Bacchus,” Wautier’s sprawling canvas of a crowd including near-naked men surrounding the god of wine. He lounges, head back as the juice of grapes drips into his mouth.

“I couldn’t believe my eyes,” Van der Stighelen said. “I had never seen such a large painting by a woman.”

“For a woman to become an artist in the 17th century was a challenge,” said Van der Stighelen, whose scholarship has helped to raise Wautier’s profile. “Most women artists painted mostly portraits and still lifes, worked at home and occasionally sold a painting. It was difficult for women because they were not allowed to paint or draw while studying a live model, especially a male model.”

After her death in 1689 in Brussels, Wautier largely became a footnote in art history, occasionally drawing a mention here or there. Much of her work came to be attributed to other artists, often men. In 1979, Germaine Greer praised her in a book, “The Obstacle Race: The Fortunes of Women Painters and Their Work,” but her status and visibility grew slowly, and even today she’s hardly a household name.

Now, though, Wautier is having something of a moment as the prices for her work escalate at auction and the Museum of Fine Arts Boston holds the first exhibition of her work in the United States.

“I’m a specialist in 17th-century Dutch and Flemish art, and I’d never heard of her until relatively recently,” said Christopher Atkins, director of the museum’s Center for Netherlandish Art. Atkins organized the show, “Michaelina Wautier and ‘The Five Senses’: Innovation in 17th-Century Flemish Painting,” in collaboration with a professor and six doctoral students from Brown University.

The exhibition, which opened Nov. 12, will run for one year. It consists of six of Wautier’s paintings and 11 prints by her predecessors or contemporaries.

“The Five Senses” is a series of five paintings that show boys experiencing sight, hearing, smell, taste and touch, with each painting named for the sense it depicts. The series was only reattributed to Wautier in recent years.

“Sight” shows a boy peering through spectacles, while the boy in “Hearing” plays a recorder. “Smell” depicts a boy holding a rotten egg and pinching his nose. “Taste” shows a boy eating a piece of bread. In “Touch,” a boy beholds his bleeding finger.

“Instead of depicting the senses as experienced by idealized women, which was a convention of the time, Wautier focused on boys — a different model for each painting,” Atkins said.

The paintings, now on loan to the museum, are a promised gift from Rose-Marie van Otterloo and her husband, Eijk, who founded the museum’s Center for Netherlandish Art in 2017 with Susan and Matthew Weatherbie. Both couples are leading collectors of Dutch and Flemish 17th-century art.

“I’m from Belgium and I read about Wautier about four years ago,” Rose-Marie van Otterloo said in an interview. “I’d never heard of her. After 30 years of collecting old masters, how could I not have heard of her? I started Googling and then I forgot about it.”

Then, two years ago, she got a call from an official at Christie’s auction house, alerting her to an upcoming private sale of some Wautiers from a private collection.

“I said, ‘My God, all of a sudden, I’d never heard of her and now he said he’s offering ‘The Five Senses’ in excellent condition,” she recalled. “I said to my husband, as far as I was concerned, it was a perfect trifecta — it was a Flemish artist, it was a female artist and ‘The Five Senses,’ all together. We couldn’t believe our good luck.”

The van Otterloos agreed to buy the paintings within minutes, she said, without having ever seen them in person.

The sixth painting in the Boston show is a self-portrait. Wautier is wearing a black cape or stole over a cream-white dress, a pearl necklace and pearls on her wrist. “She is dressed to the nines,” Atkins said.

Although an obscure name now, Wautier was well known in the 1650s, and her life, experts say, was not characterized by the adversity and hardship that many female artists faced at that time.

“If she was not a woman, her works would have been considered in the same breath as art made by the great male contemporaries of the 17th century, such as Peter Paul Rubens and Anthony van Dyck,” Van der Stighelen said.

Other experts also recognize Wautier as a major talent who belongs in the conversation about great female artists of the 17th century, such as Artemisia Gentileschi, who often painted biblical or mythological subjects, and Judith Leyster, who favored still lifes and genre scenes.

“Her brushwork is fluid and assured,” said Marjorie E. Wieseman, head of the department of northern European paintings of the National Gallery of Art in Washington, D.C., “and she seems very attuned to the visual impact of her paintings through the strong contrast of light and dark, and the disposition of colors throughout the composition.”

While other female artists were barred from working with live models, experts said Wautier likely had some exposure to them because she worked in the workshop of her brother Charles, who was also an artist. She also had the backing of an important patron, Archduke Leopold Wilhelm of Austria, who had four of her paintings.

Van der Stighelen decided years ago to do what she could to create an inventory of Wautier’s work. She found Wautier paintings in Belgium, France and the United States, she said, although some had been attributed to other artists. She spent years trying to persuade museums in the United States and Europe to present a Wautier exhibition.

“Organizing an exhibition of an unknown female artist, I was told, would be financially catastrophic for their museums,” she said. “In addition, some curators can also suffer from prejudice. If an artist is said to be exceptional, they wonder why hasn’t he or she been paid any attention before, never pausing to think about what makes someone a famous or forgotten artist.”

Finally, Van der Stighelen was able to persuade officials in Antwerp, Belgium, which was planning a festival, “Antwerp Baroque 2018, Rubens Inspires,” to include a Wautier exhibition.

The show was titled “Michaelina Wautier: Baroque’s Leading Lady” and it was held at Antwerp’s Museum aan de Stroom, with 21 paintings by Wautier and works by her brother, Jacob van Oost the Elder, Michael Sweerts and other artists. During the exhibition, bus shelters in Antwerp were covered with reproductions of Wautier’s painting “Boys Blowing Bubbles.” Banners with Wautier’s self-portrait were hung near the museum. And there was a large jigsaw puzzle in Antwerp’s Central Station, which enabled passersby to put the pieces of her “Triumph of Bacchus” back together.

Since then, several of Wautier’s paintings — there are at least 32 and one drawing — have been sold privately or at auction. At least one painting brought more than $1 million.

The history of Wautier’s life has remained largely hidden, even as her art comes more into public view.

“She was most likely born in 1614 in Mons, which is about 37 miles northwest of Brussels, into a prominent family,” Van der Stighelen said. “Her father had been a page to the Marquis de Fuentes, viceroy of Naples. Her mother came from a patrician family of some standing.”

In the catalog for the 2018 Wautier exhibition, Ben Van Beneden, a former director of Rubens House, which had been Rubens’ home and studio in Antwerp, described how Wautier had moved at approximately age 40 to Brussels, where her brother had established himself as a painter. The brother and sister, both unmarried, lived and painted together in a town house. Her known works date from this period, starting in 1643. But Van Beneden wrote that the technical and artistic maturity evident in those works made it likely she had begun painting long before the move.

The Boston show, said Marisa Anne Bass, a professor of art history at Yale University, “is part of a broader and important trend in scholarship on early modern European art, which no longer treats the recuperation of women artists as an end in itself but instead increasingly aims to recognize the central role of women as actors, thinkers and creators. To give women equal historical representation is not just about answering the concerns about the present. It is also about gaining a fuller understanding of the past.”

Frederick Ilchman, the chair of the Art of Europe department at the Boston museum, said that the rediscovery of Wautier “has exquisite timing, as people around the world are correcting the gender imbalance in all fields of human endeavor.”

“In the coming years,” he added, “we will surely learn more about her and her achievement; there must be other women artists from her era who deserve similar attention.” 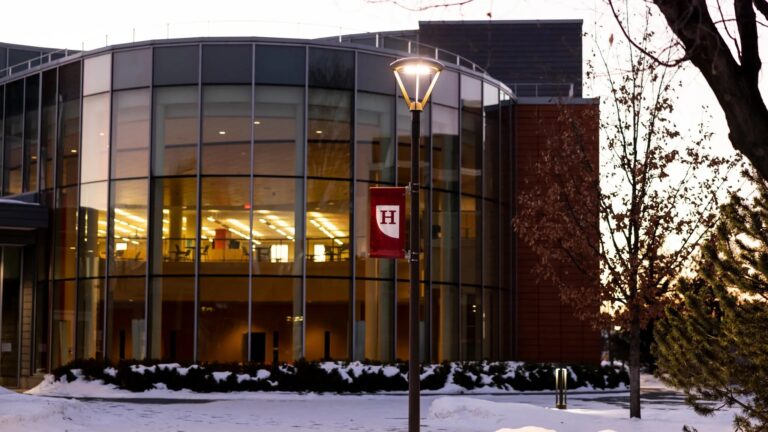 A lecturer showed a painting of the Prophet Muhammad. She lost her job.