Lord Hobo has signed a lease with Skanska Commercial Development to build out a 9,000-square-foot brewery and restaurant at Two Drydock, a development at the Raymond L. Flynn Marine Park, Lord Hobo founder and CEO Daniel Lanigan told Boston.com. The brewery will be Lord Hobo’s second physical location, following a Woburn taproom and production facility that opened in 2015.

“With this new location, we have the opportunity to build our version of the Taj Mahal of breweries in the Seaport,’’ Lanigan said in a statement released to Boston.com prior to the official announcement. “As Boston evolves, we want to evolve with it.’’

Lord Hobo will occupy all of the available retail space at Two Drydock, a 13-story office building at the edge of the Seaport District, near Black Falcon Cruise Terminal and not far from Harpoon. In addition to a working brewery, the Seaport Lord Hobo will run a gastropub and feature cocktails, a taproom, and lounge area. A 10,000-square-foot patio will host outdoor seating. A coffee concept in the lobby will also be part of the project.

Lanigan founded Lord Hobo in 2014 with the stated goal of bringing more good IPA to the region. The bombastic brand’s flagship beer, Boom Sauce, is an unapologetically hoppy double-IPA, and brews like Consolation Prize, Steal This Can, and Glorious follow suit stylistically. Lord Hobo distributes to 16 states and has increased capacity by approximately 10,000 barrels per year each of the last four years, with an expected capacity of 50,000 by the end of 2019. Lanigan is also founder of the Cambridge bar of the same name, known for its extensive tap list.

Construction for Two Drydock broke ground in June 2018 and is expected to be completed in the first quarter of 2020. In addition to the Seaport expansion, Lord Hobo is increasing the capacity of its Woburn taproom from 180 to 550, Lanigan said, by doubling indoor seating as well as adding a patio. The total project at Two Drydock will encompass 230,000 square feet. 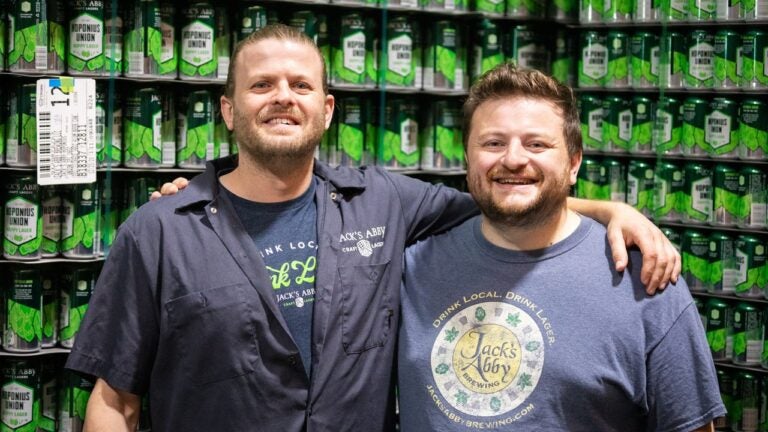 Brothers look back on 10 years of Jack’s Abby