It’s late in the afternoon a couple Saturdays ago, about 24 hours before Governor Charlie Baker will announce the closure of the state’s bars and restaurants, and the Weymouth industrial park that houses breweries Barrel House Z and Vitamin Sea is buzzing with activity.

Cars pack the sides of the road, jamming into spaces between the potholes. It’s chilly, but the sunlight is warm, and the patios at both spots are stuffed with people drinking beers like Banana Cream High and Townie Irish Ale. A home-brew judging competition has just wrapped at Barrel House Z, and patrons are lingering afterward for a few pints.

It’s a feeling of normalcy that won’t last long.

In the days before, as the dangers of COVID-19 seeped further into our collective consciousness, Barrel House Z founder Russ Heissner was wrestling with the decision of whether or not to be open at all.

“We had been thinking of closing regardless,” says Heissner. “And then Charlie Baker came out, Sunday the 15th, and said bars and restaurants would be closed.”

Up in Beverly, Old Planters Brewing founders Matt Sullivan and Ben Garry were coming to a similar conclusion.

“We were having a barbecue event, and we looked on Facebook and 1.2K people said they were interested,” says Garry. “That many people won’t come, but it was turning out to be a big event, and we said this doesn’t look right.

“Nobody had ordered us to stop, but just from our own ethical perspective we said, ‘I don’t know if it’s a good idea right now for 150 people to be in this room bumping into each other and drinking.’ “

A tap room closure, forced or not, is a big deal for nearly all the state’s craft brewers. Half of Barrel House Z’s revenue comes from tap room sales, though that number was trending upward to 65 percent this year. At Old Planters, tap room revenue accounts for 85 percent of the business. Closing it essentially turns the spigot off.

The two breweries, along with many others, scrambled to get new beer distribution systems online. Old Planters had online ordering, with curbside pickup, up and running by the end of the weekend. Others followed suit with pickup and delivery options; Harpoon, one of the state’s largest brewers, and Trillium, among its most awarded, announced home delivery as early as March 18. The shift was monumental, and swift.

“I can’t believe that two weeks ago we were at what we thought was normal,” says Trillium co-founder Esther Tetreault. “It’s crazy to see how fast it’s coming; the escalation has made it very intense.”

“Most of it,” says Tetreault, when asked what percentage of revenue Trillium earns from its tap rooms. “This is terrible.”

Amid the crisis, the company closed its Fort Point and Fenway locations. Its seasonal beer garden on the Rose Kennedy Greenway is still months away, but under the current conditions that wouldn’t open, either.

“We had to reduce staffing significantly,” says Tetreault, choking back tears. “We are dying to get those people back. We spent the last 10 years, JC and I, building this team that we had to dismantle in less than a week.”

To keep the business going, Trillium turned to delivery, offering a wide range of Massachusetts customers their first chance to get beer from the world’s third-ranked brewery delivered to their doorsteps. Minimums dropped from two cases the first week to one the second, with more beer options.

“It took some time to change the programming to allow us to do mixed cases,” says Tetreault. “Now we’ve got our routing dialed in.”

Barrel House Z’s Heissner was driving around in his truck last week, making deliveries himself, when he had a flashback to 1987, when he was one of Harpoon’s early employees.

“We wanted to open up Martha’s Vineyard,” Heissner recalls. “Four of us took the boat over. We each brought two cases, and these were bottles, not cans. And then we hitched around the island making sales calls.”

Heissner makes the analogy to those early days because of how personal the door-to-door delivery feels, in spite of necessary social distancing rules keeping people apart.

“There’s a story, there’s a face,” says Heissner. “It’s not an industrial, mass product, which is sort of the genesis of the entire craft beer movement.” 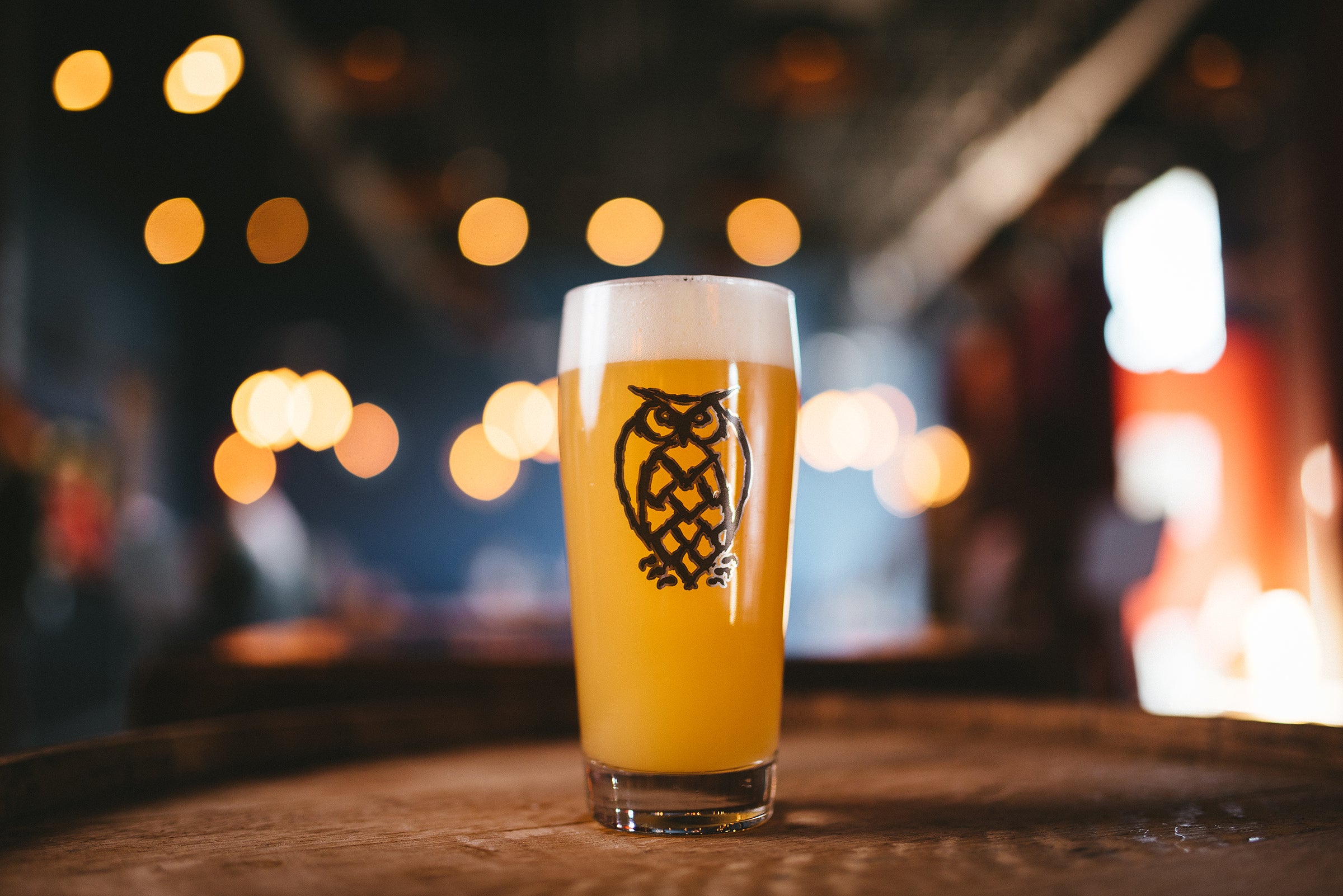 Night Shift Brewing has two tap rooms, one in Everett and one at Boston’s Lovejoy Wharf.

Another local powerhouse, Night Shift, is less dependent on tap room sales. Co-founder Michael Oxton says roughly 25 percent of Night Shift’s business flows through its Everett and Lovejoy Wharf locations, the rest coming from retail. That distinction has helped the company avoid layoffs so far; 75 percent of Night Shift employees were furloughed. Oxton and his fellow cofounders, Rob Burns and Mike O’Mara, are not taking a salary.

“The biggest priority for us when we did it was how do we figure out a plan that allows us to avoid layoffs if possible, and keep people on benefits,” says Oxton. “And so we’ve done that thus far. . . . Hopefully we can offer them a job again.”

The beer is selling: in stores mostly, in Night Shift’s case, and through pickup and delivery for the others. All of the brewers have scaled back production significantly amid the uncertainty.

“There’s no sense in brewing beer if we don’t know if we’re going to be selling it,” says Old Planters’ Sullivan. “If this continues on longer we’ll probably bring back our brewers to support the takeout model, but moving at like half speed.”

Still making beer, Trillium posts daily hours for online ordering, and typically sells out. Sullivan estimates that 35 or 40 customers get curbside pickup from Old Planters daily, usually ordering a little more than they would in the tap room.

“I’m curious as to how many of them are coming out because they wanna support us when we are really in need, or how many of them are coming because they miss coming to the tap room and just wanna take our beer home with them,” he says. “I’ve said this to a few people, I’ve been overly thankful, like, ‘Thanks so much for coming.’ And a few people are like, ‘Dude, I need beer.'”

Tetreault adds that the anxiety our current situation triggers makes the product especially valuable for some.

And while they’d like to provide that stress relief, all the brewers say they’re operating on borrowed time if the current situation extends for months longer, citing rents and financing they’ve taken to get their businesses off the ground.

“We don’t know if there’s help coming,” says Garry. “Of course we want everybody to be safe, but at the same time, this could end our business. Not to be dramatic, but those are the things we’re dealing with right now.” 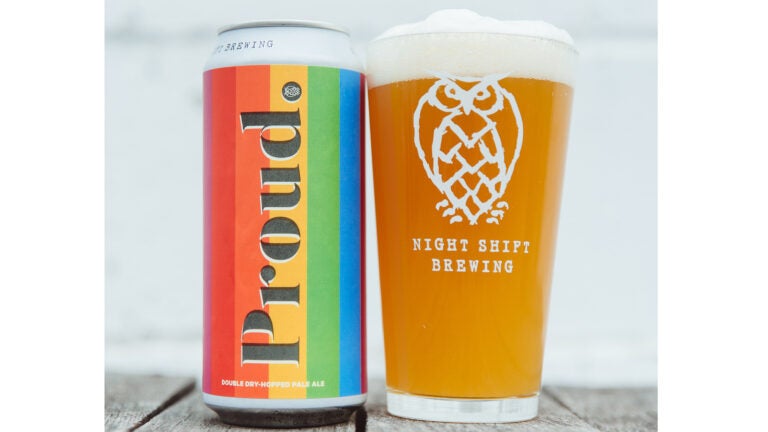