On Thursday, the Boston.com Book Club gathered virtually for a live streamed discussion with bestselling author Karen M. McManus on her latest thriller “The Cousins.” Moderated by Kate Mikell of Cambridge’s Porter Square Books, our chat dove into the inspirations behind and the unique forces at play in the novel as well as her writing techniques, upcoming projects, and the secret to keeping readers turning the page.

The characters were inspired by a famous family, and take precedence over plot

“The best plot in the world can fall flat if you don’t care about the people who are involved,” said the author.

The idea for “The Cousins” came to McManus while she was reading a magazine article profiling the Kennedy grandchildren and she was captured by the notion of having “a name that could open so many doors.” When dreaming up the Story family, she sought out to evoke a similar longstanding lineage of a New England family that extends back generations—perhaps able to trace their roots to the Mayflower. She actually found the surname “Story” on a passenger list for the famous ship, so she was able to manifest that idea of an established family in a tangible way.

Identity manifests in large and small ways throughout the novel—some characters claiming to be different people entirely and others figuring out how to become the ideal versions of themselves. McManus carefully chose characters that embarked on a personal journey that complimented the central mystery and she credits the YA genre for giving her the space to do this. Teenage characters are already placed in a transitional period in their lives and, when you pair that with a robust plot, it creates emotional resonance. “It’s about that characters journey, about them trying to find their place in the world and that’s what appeals to me,” said the author.

McManus uses a screenwriting tool called a beat sheet before diving into the writing process to set significant moments of action—including the ending—before filling in her more detailed dialogue and descriptions. “It’s the headlights approach of writing. You can see far enough to keep going on the road but you don’t see everything.”

Along with a screen adaptation of her novel, “One of Us is Lying” set to begin filming this spring for NBC’s Peacock streaming service, two new novels are on the docket for McManus. Her next release unfolds over the course of 24 hours in a city like Boston and takes a “Ferris Bueller meets murder” plot approach—a group of estranged friends who cut school get caught up in a more serious crime.

She takes care when incorporating minority characters into her work

One of the three cousins, Millie, is of Asian decent on her father’s side. And while it’s important for McManus to incorporate diversity in her novels, she is careful to include it in a respectful and accurate way. The author uses authenticity readers, who share the same background as these characters, to ensure that they’re being portrayed correctly. “I have this balance where I don’t want to talk over other authors who are writing from their own experience, but I also want to create a cast that reflects the diverse world we live in,” she said.

Back when McManus hadn’t yet dropped her 9 to 5 job to become a full-time author, she would set aside the hours of 9 p.m. to midnight to hone her craft. Even now, she still says she’s more creative at night—able to write up to 5 or 6 hours when the story is flowing. And, if not, sometime just an hour or so, and that’s okay with her.

Almost all of the author’s works have a nod to media in some way, whether it be fictional news network or local newspaper like in “The Cousins.” Some form of media, ironically enough, has also inspired the ideas for each of her books. “The Cousins” by a magazine, “One of Us is Lying” by the radio, “Two Can Keep a Secret” by a television show. “I like to absorb a lot of stories around me and there’s often one little kernel in there that I can’t stop thinking about,” she said.

Creating a page-turning mystery comes down to characters, connection, and chemistry

The author’s secret to a captivating read? Incorporating sub plots that readers can solve before the main mystery and creating characters with chemistry. “They have to contrast with each other in a satisfying way and they have to be able to connect with each other and they also need to be in conflict with one another,” said the author. “So you really have to think of them as a unit and not 3 or 4 separate characters. If you do it right, I feel like the chemistry between them is almost like another character, it’s something tangible that the reader can latch onto.” 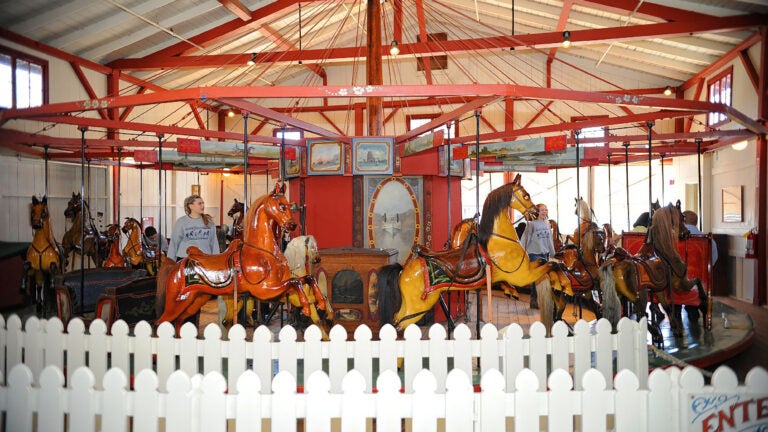 ‘People will always want places to gather together’: Mary Kenworth dishes on living and eating on Martha’s Vineyard