For hundreds of years, writers have settled in Cambridge, drawn to Harvard University.

While many of the poets and authors came and left after attending or teaching at the university, others stayed and called the city home. In the mid-19th century, the presence of such literary minds as Henry Wadsworth Longfellow and Thomas Wentworth Higginson during the “golden age of American literature” made Cambridge an important link in an arc that reached out from Boston to Concord, according to Susan Wilson, official historian for the Omni Parker House and author of the The Literary Trail of Greater Boston.

“Within that arc, there were various meeting places or centers, like hubs, that would draw these literary people together as American literature was being created,” she said. Harvard University and Longfellow’s home in Cambridge were two major centers of literary activity in the city.

There were so many writers in Cambridge that publishing became one of the city’s major industries, according to Charles Sullivan, executive director of the Cambridge Historical Commission.

“There were a number of printing firms that sprung up basically to provide face-to-face contacts with authors because of course reading proof was best done in person,” Sullivan said.

Here’s a look at just some of the lesser-known houses and sites around Cambridge that prominent authors and writers once called home.

*Unless otherwise noted, the below homes are private residences. Please don’t pester the current occupants while you check out the local literary history.

Anne Bradstreet — the corner of JFK Street and 1390 Massachusetts Avenue Anne Bradstreet’s home once stood near where a CVS currently sits in Harvard Square.

According to Sullivan, the home of this colonial poet was once in the middle of Harvard Square, near the prominent corner currently occupied by a CVS. Considered to be America’s first poet, Bradstreet sailed to the New World in 1630 from England.

According to the Poetry Foundation, her earliest surviving poem was written in 1632 in a colonial settlement called Newtowne, located in present-day Cambridge. 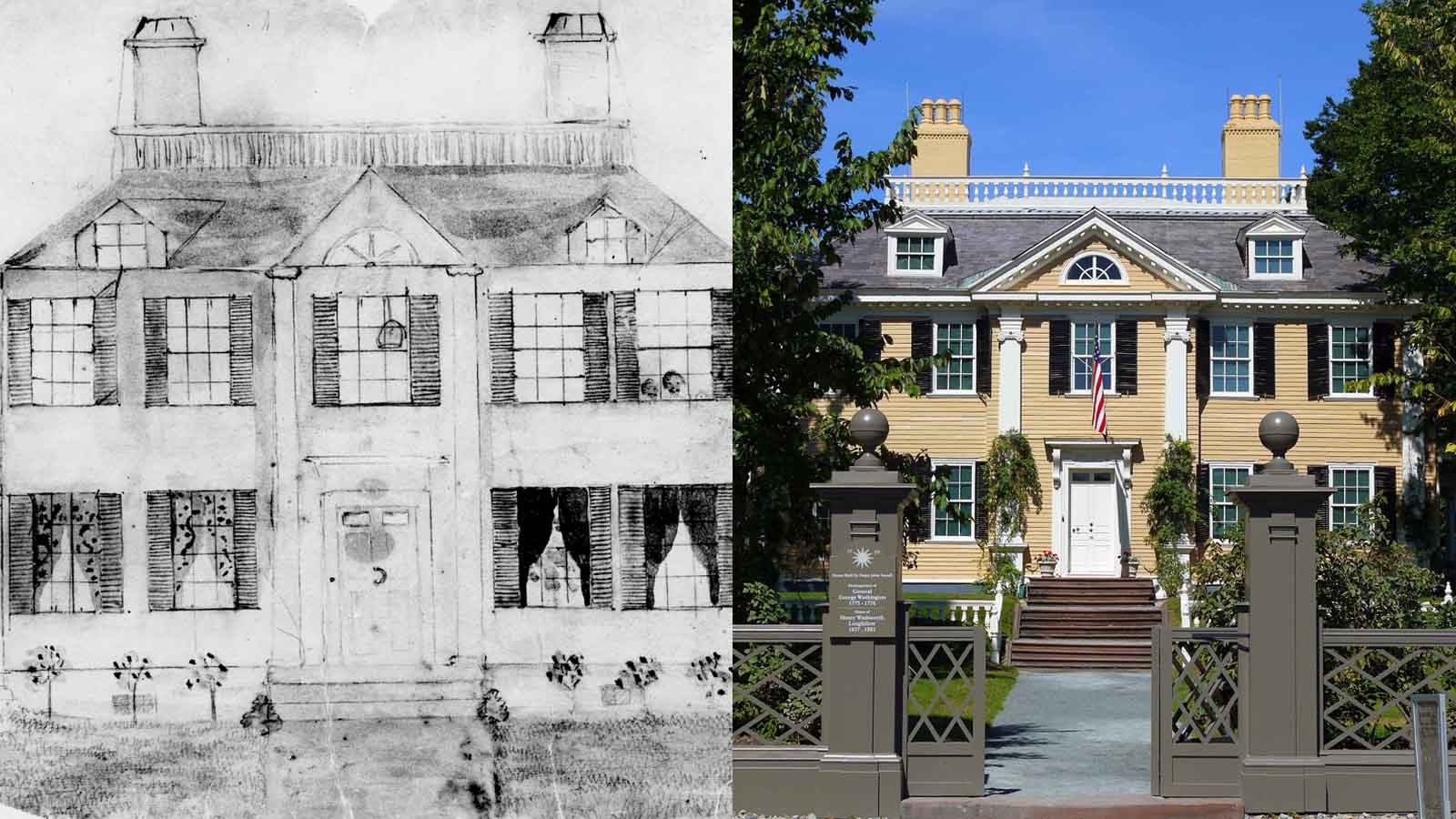 On left, a watercolor sketch of the Longfellow home by one of the poet’s children from the 1850s. At right, Longfellow’s former home is now a National Historic Site.

The heavy-hitter poet of the 19th century who taught at Harvard lived in the Georgian mansion from 1837 until his death in 1882. Before the author of “Paul Revere’s Ride” resided in the Brattle Street home, George Washington used the house, which is now a National Historic Site, as his headquarters during the Siege of Boston. The house is one of the few literary landmarks in Cambridge open to the public. 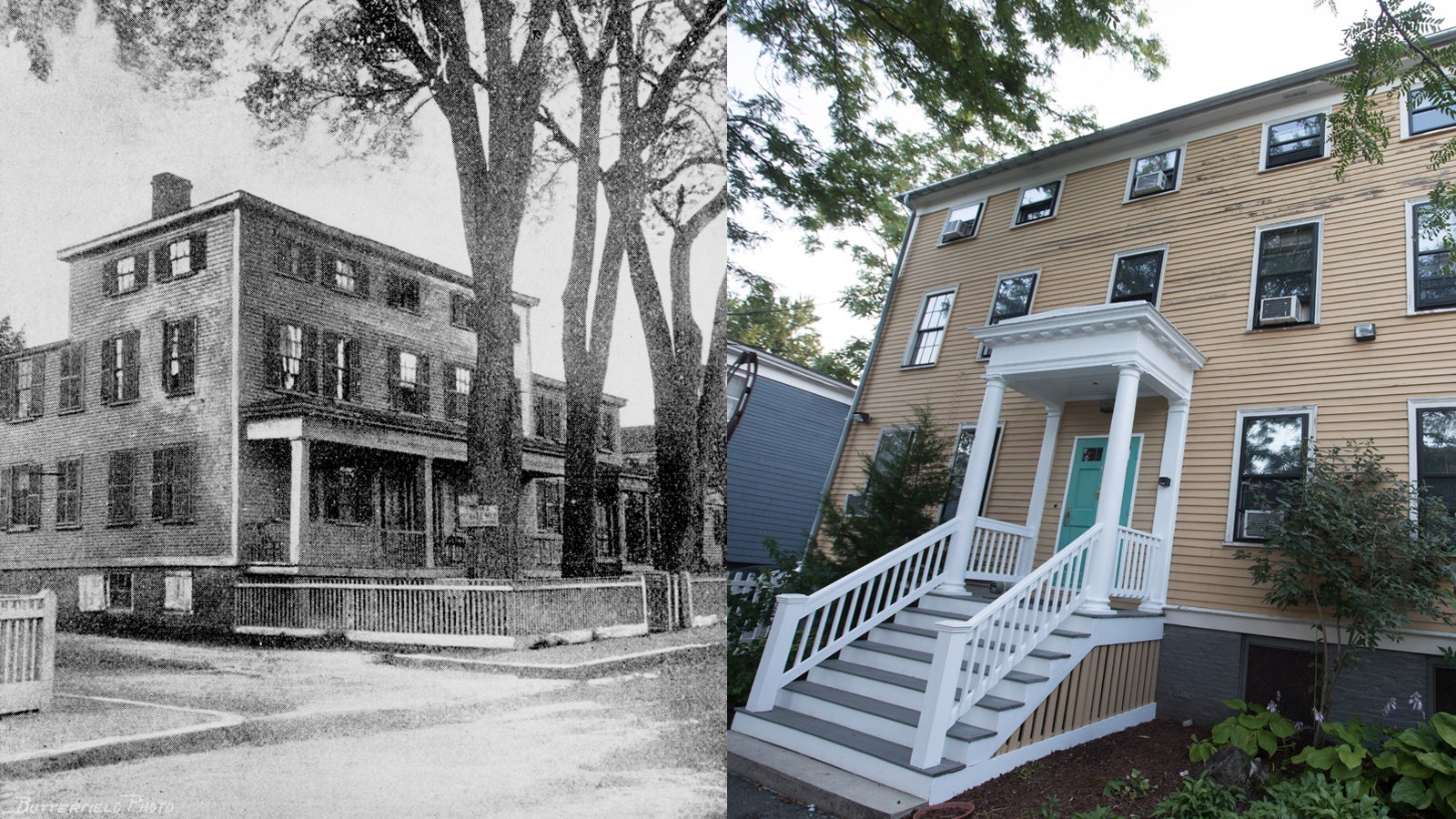 On left, a photo of 71 Cherry Street from 1890. At right, the home is now occupied by an organization called the Margaret Fuller Neighborhood House. 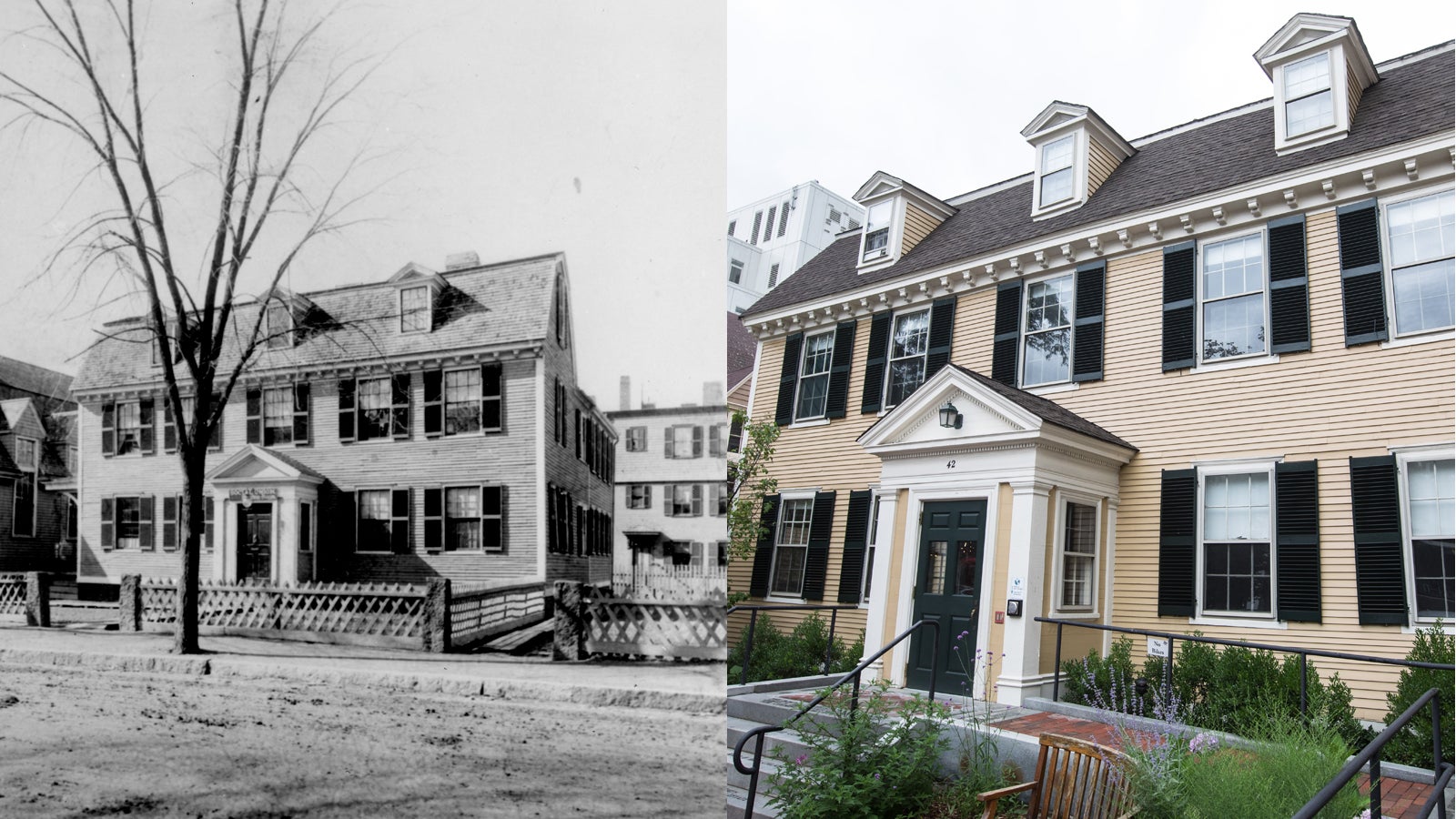 On left, 42 Brattle St. in 1895. At right, the building now houses the Cambridge Center for Adult Education in Harvard Square.

The other home, 42 Brattle St., where the transcendentalist, journalist, and author lived around 1831, is now occupied by the Cambridge Center for Adult Education. 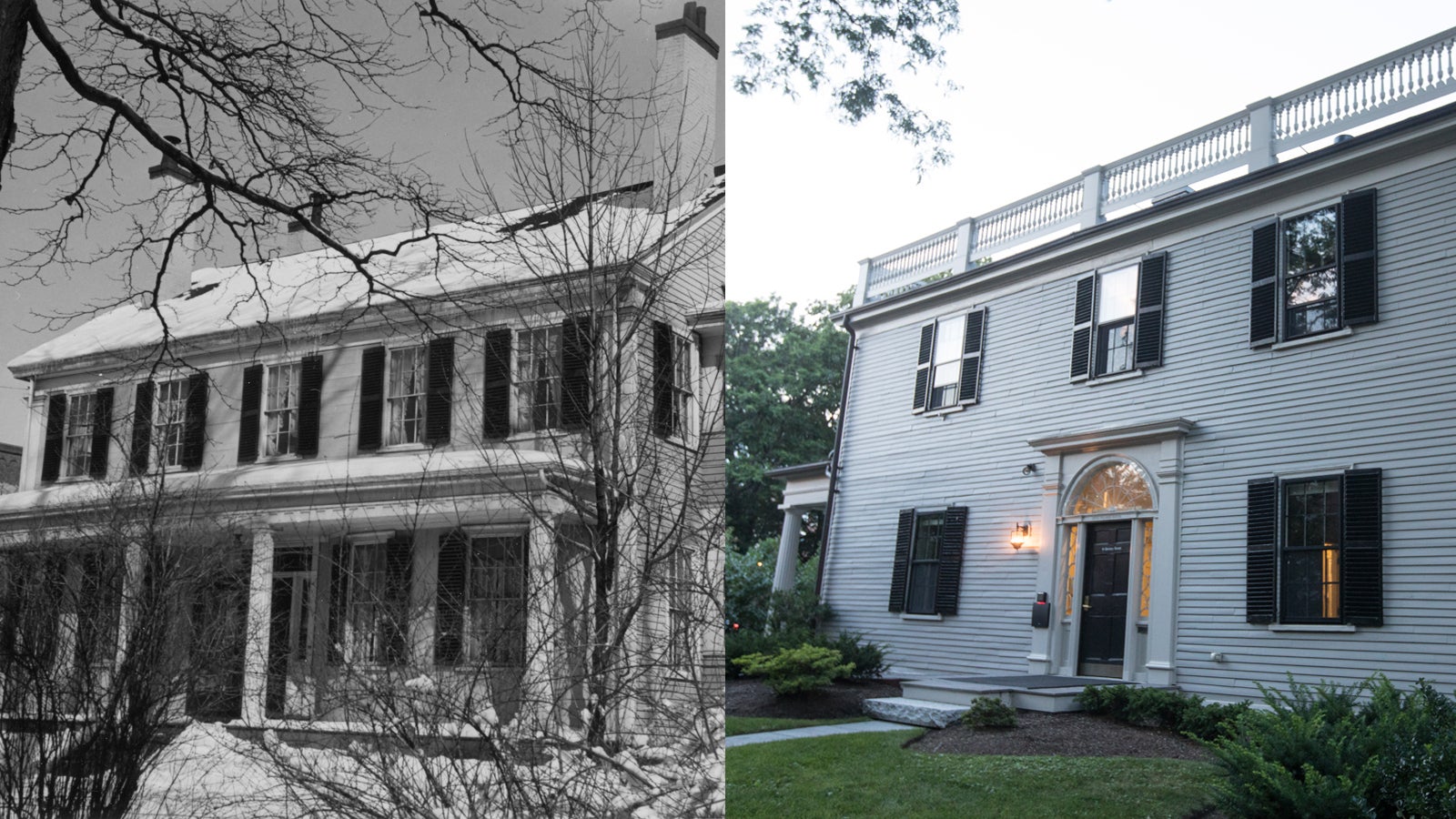 On left, 16 Quincy St. in 1935. At right, Harvard currently uses the building to house some of its literature department.

The home where the author of Two Years Behind the Mast once lived is now called the Dana-Palmer House and is occupied by Harvard’s Department of Comparative Literature. Wilson said Dana dropped out of Harvard, signed up as a sailor bound for California, and wrote about his experiences upon his return.

“It was an immediate success,” Wilson said. “And he became very famous because of that.” 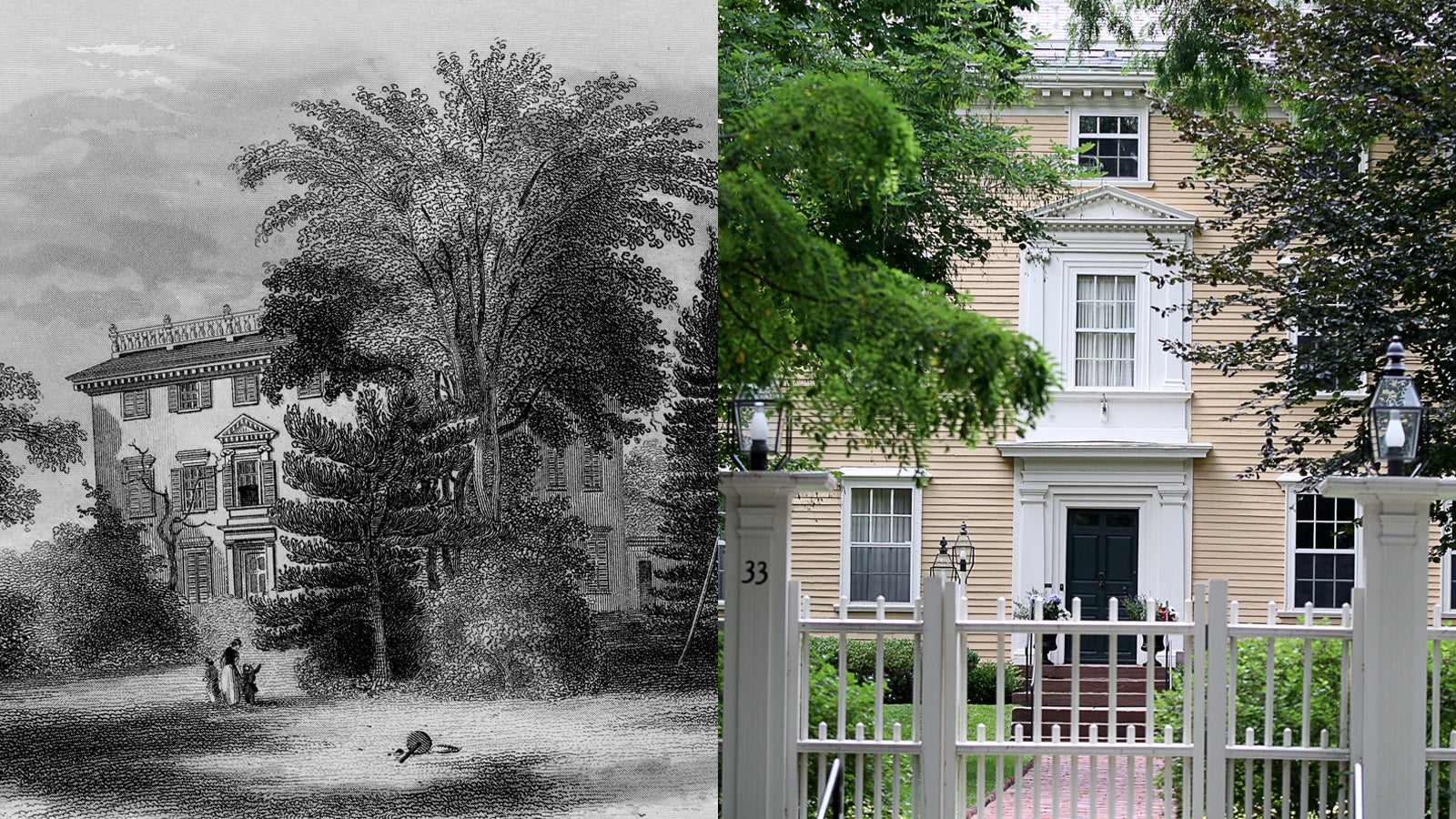 On left, an undated image of Lowell’s home 33 Elmwood Ave. At right, the house now serves as the residence for Harvard’s president.

The birthplace of the first editor of The Atlantic Monthly, who was also a Cambridge-based poet and Harvard professor, was built in 1753 and is now the president’s residence at Harvard University. According to Sullivan, Lowell lived in the home, which he inherited from his father, until 1891. He occasionally rented it out during trips abroad. 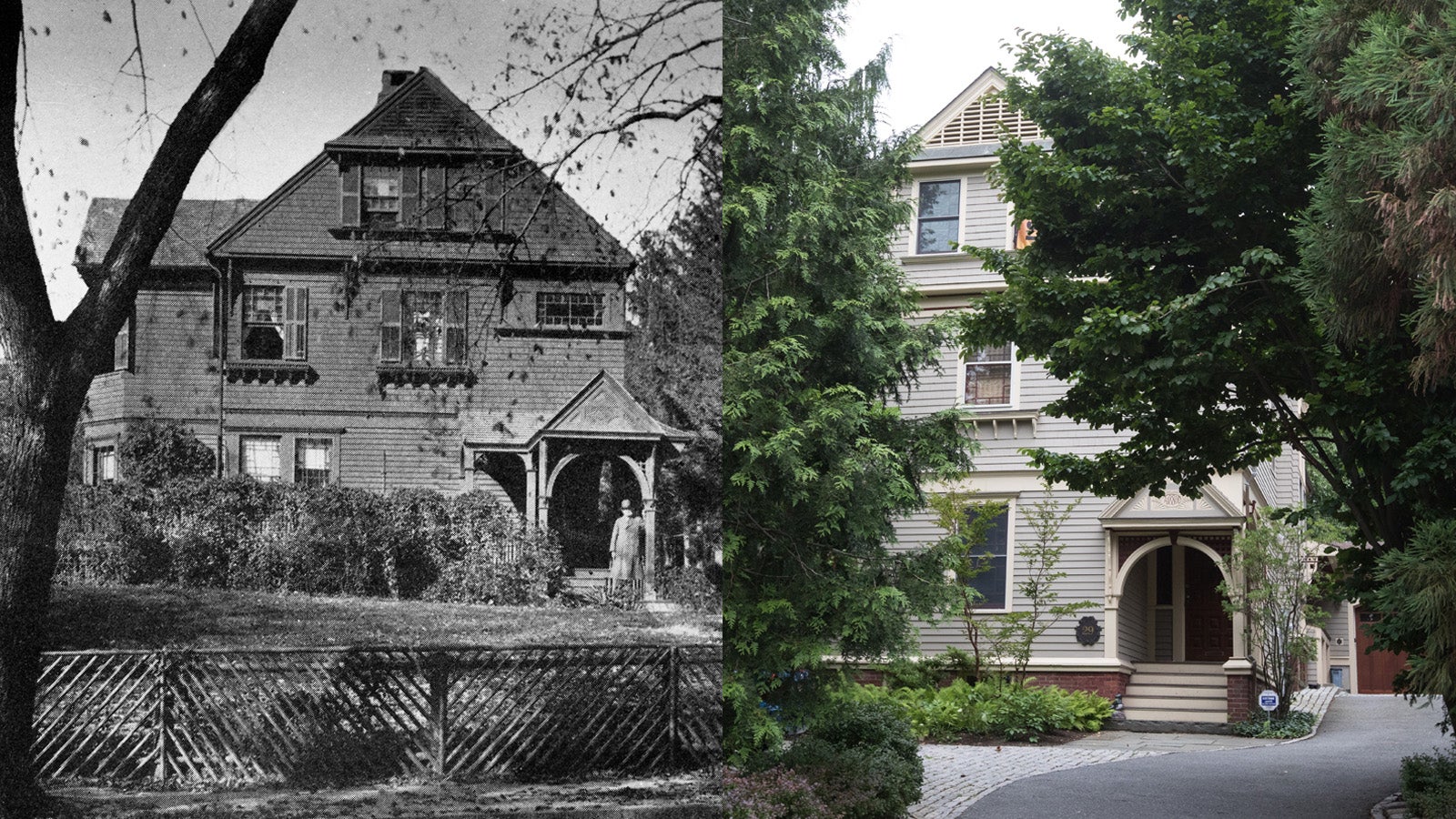 The author, abolitionist, and minister, who was born in Cambridge and graduated from Harvard, is best known now as the main pen pal of another Massachusetts writer: Emily Dickinson.

“He both nurtured and stifled her, but they were regular pen pals, regular correspondents,” Wilson said. “She would send him things, asked what he thought about it.”

Higginson co-edited the western Massachusetts poet’s first volumes of poetry, according to the Boston Athenaeum. 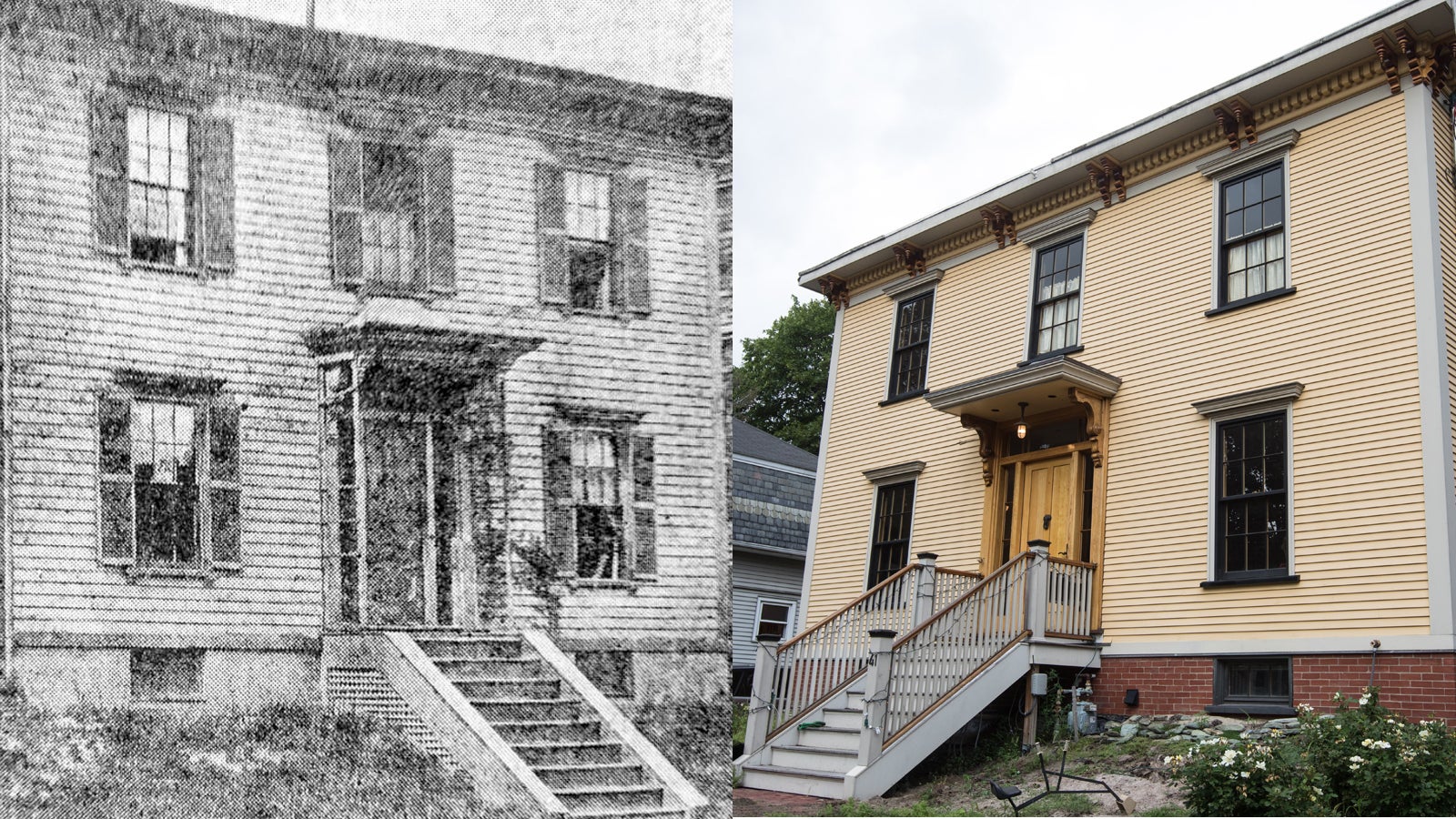 According to Sullivan, Howells became a hugely popular author after moving to Cambridge to become the editor of The Atlantic Monthly in 1866. He lived at the Sacramento Street home from 1866 until 1870.

“Everybody used to read him in school but they don’t anymore,” Sullivan said.

Mark Twain was one of the editor’s closest friends in the world, according to Wilson. By publishing some of Twain’s stories in The Atlantic Howells helped popularize his friend in the northeast. 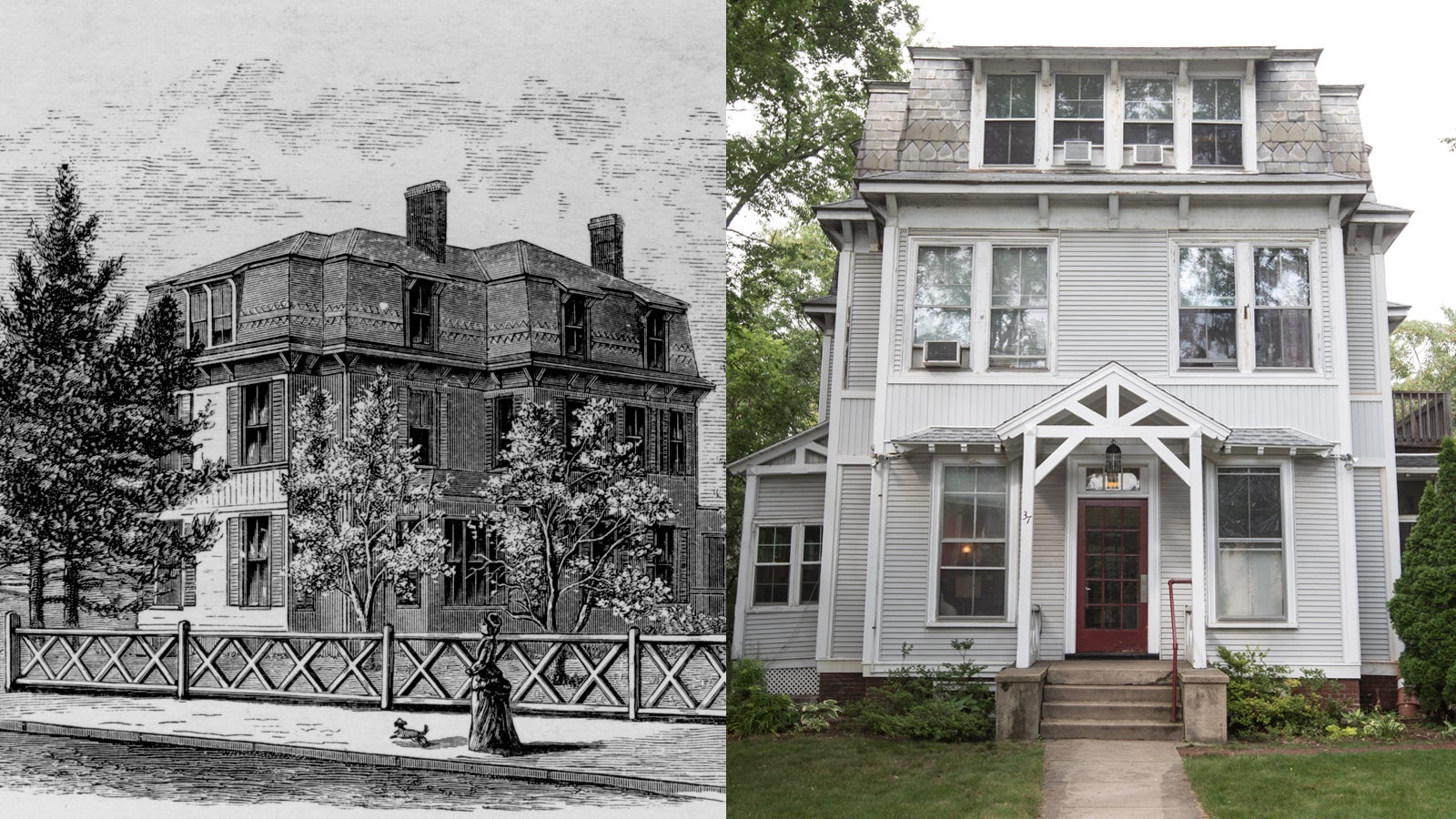 At left, an undated image of Howell’s home at 37 Concord Ave. On right, the home as a private residence in 2017.

The Concord Avenue home, where he lived from 1872 until 1878, was designed in part by his wife, who was the sister of one of the partners at the then-prominent architecture firm McKim, Mead, and White.

“She designed the house for him and was probably one of the earliest women designers that we have a record of,” Sullivan said. 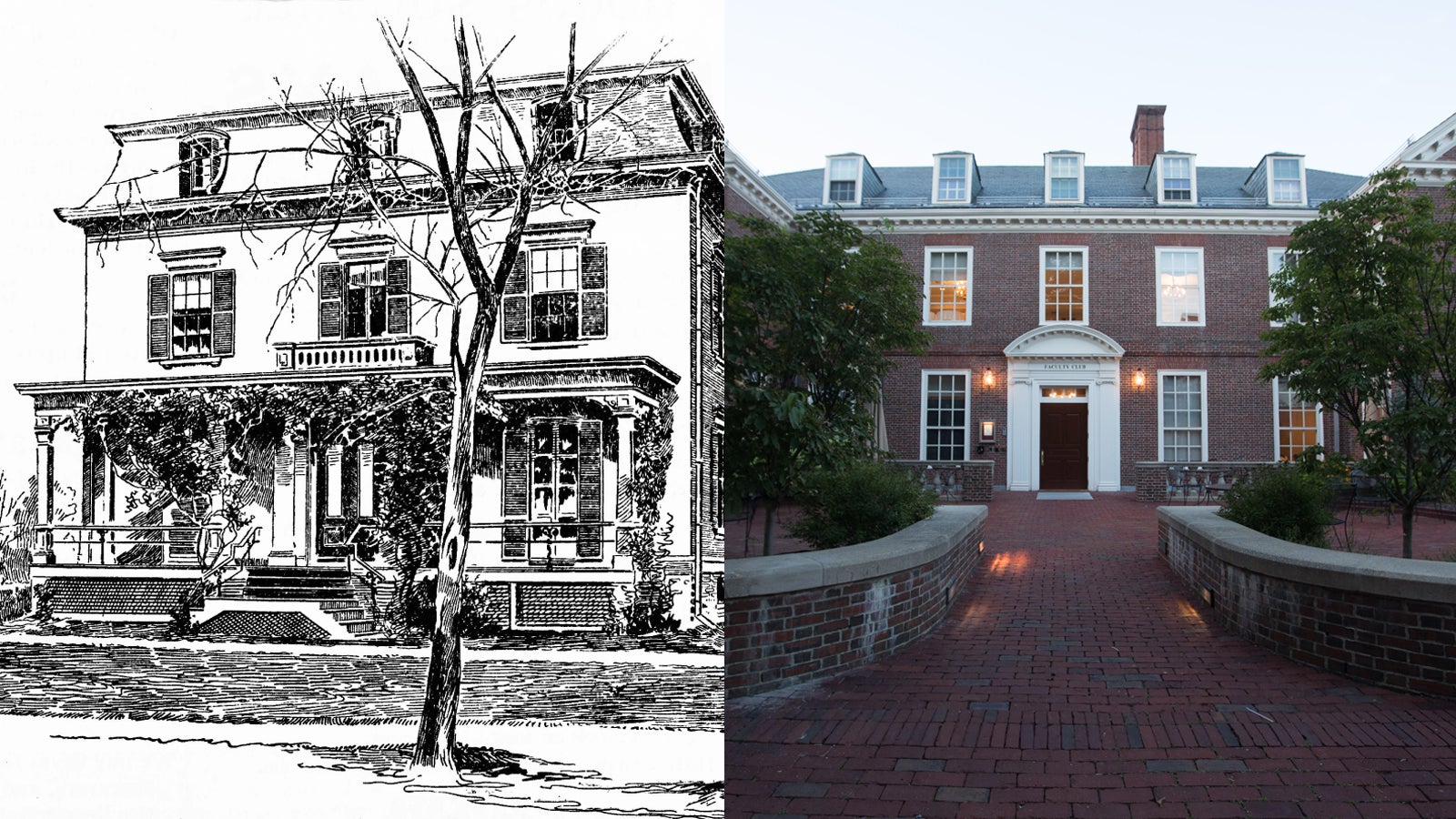 On left, an image of 20 Quincy St. from an 1889 article in the Cambridge Chronicle. At right, the Harvard Faculty Club in 2017, which was built on the site of the James home.

The James family moved to the Quincy Street house in 1866, according to the Cambridge Historical Society. Sullivan said novelist Henry James lived in the house for about five years but returned through the years to visit his parents and sister, the writer Alice James, who lived there until 1882.

The house was demolished in 1930 and the Harvard Faculty Club was started on the site of the home the following year. 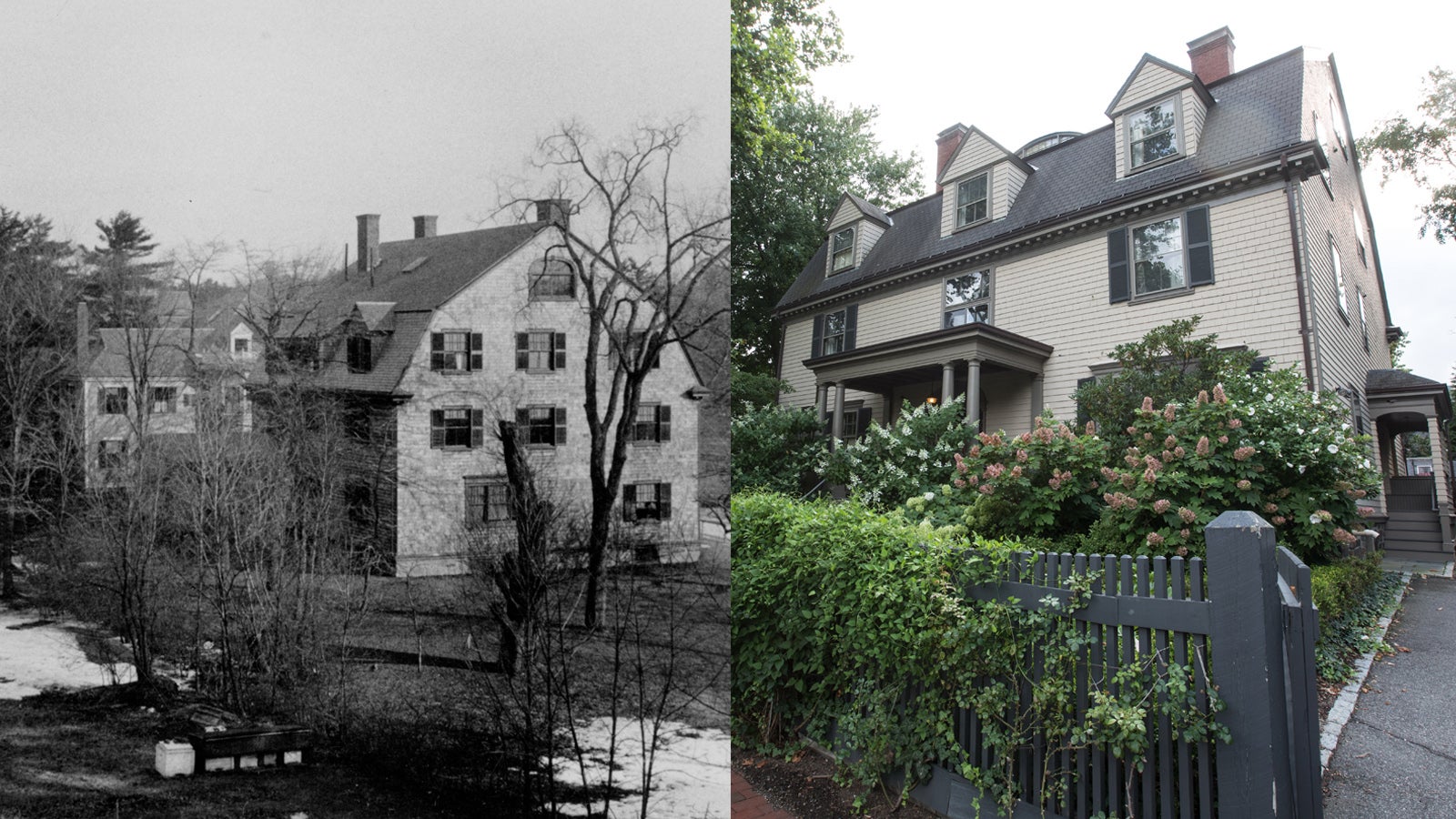 The Harvard philosophy and psychologist had the house that he later called his “Elysium” built in 1889, according to the Harvard Gazette.

James helped design the home and was apparently so eager to begin living in it that he moved his family in before construction was finished, according to the historical society. He lived there until his death and the house was owned by his children and grandchildren until 1968. 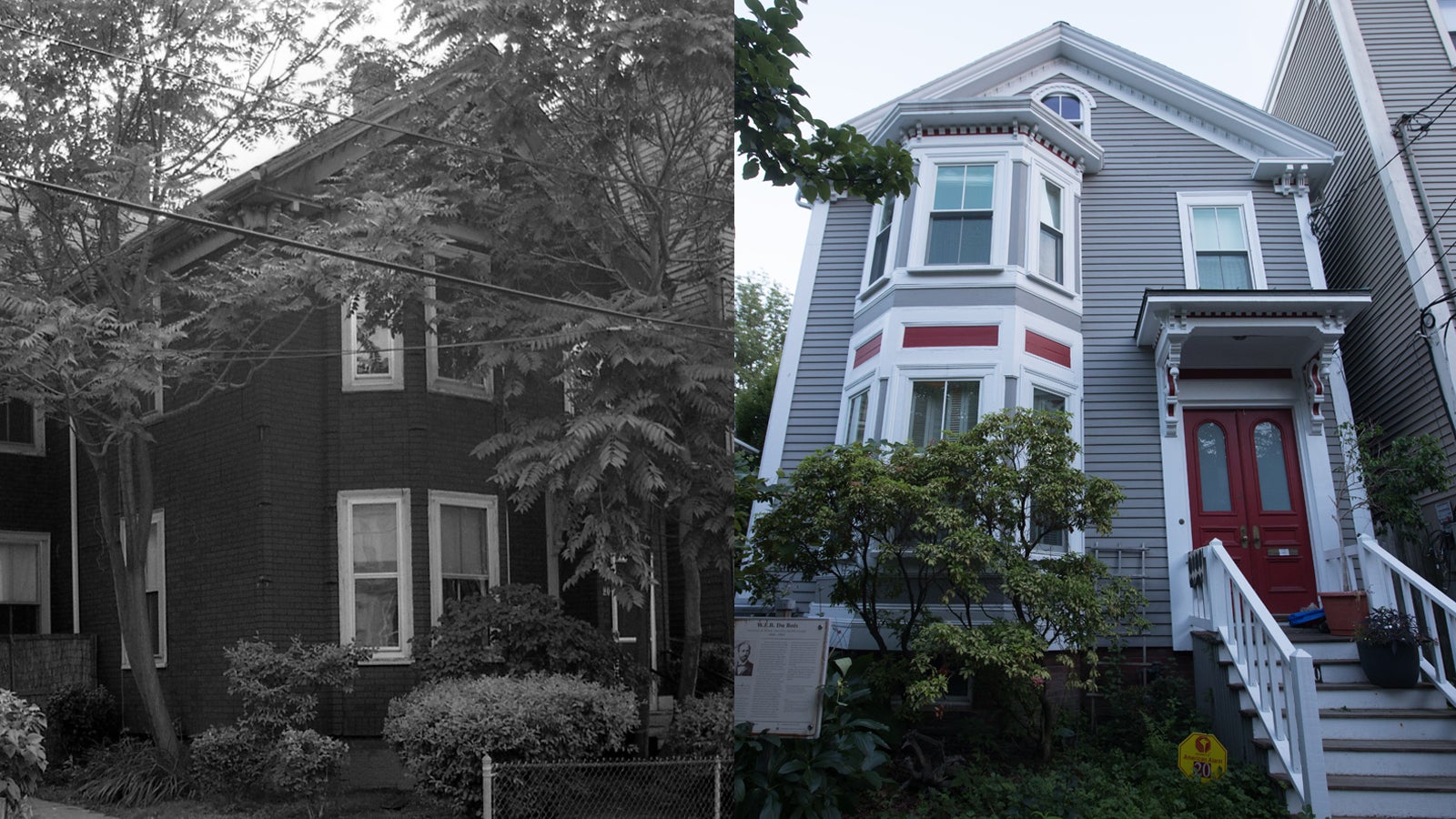 On left, 20 Flagg St. in the late 1960s. At right, a sign outside the home in 2017 displays the private residence’s connection to DuBois.

The writer and pioneer of civil rights rented a room in this Cambridgeport home from 1890 to 1893, according to The Crimson. DuBois, born in Great Barrington, Massachusetts, attended Harvard as an undergraduate and became the first African American to receive a Ph.D. from the university.

The home on Flagg Street became a stop on the Cambridge African-American Heritage Trail in 1994, according to The Crimson. 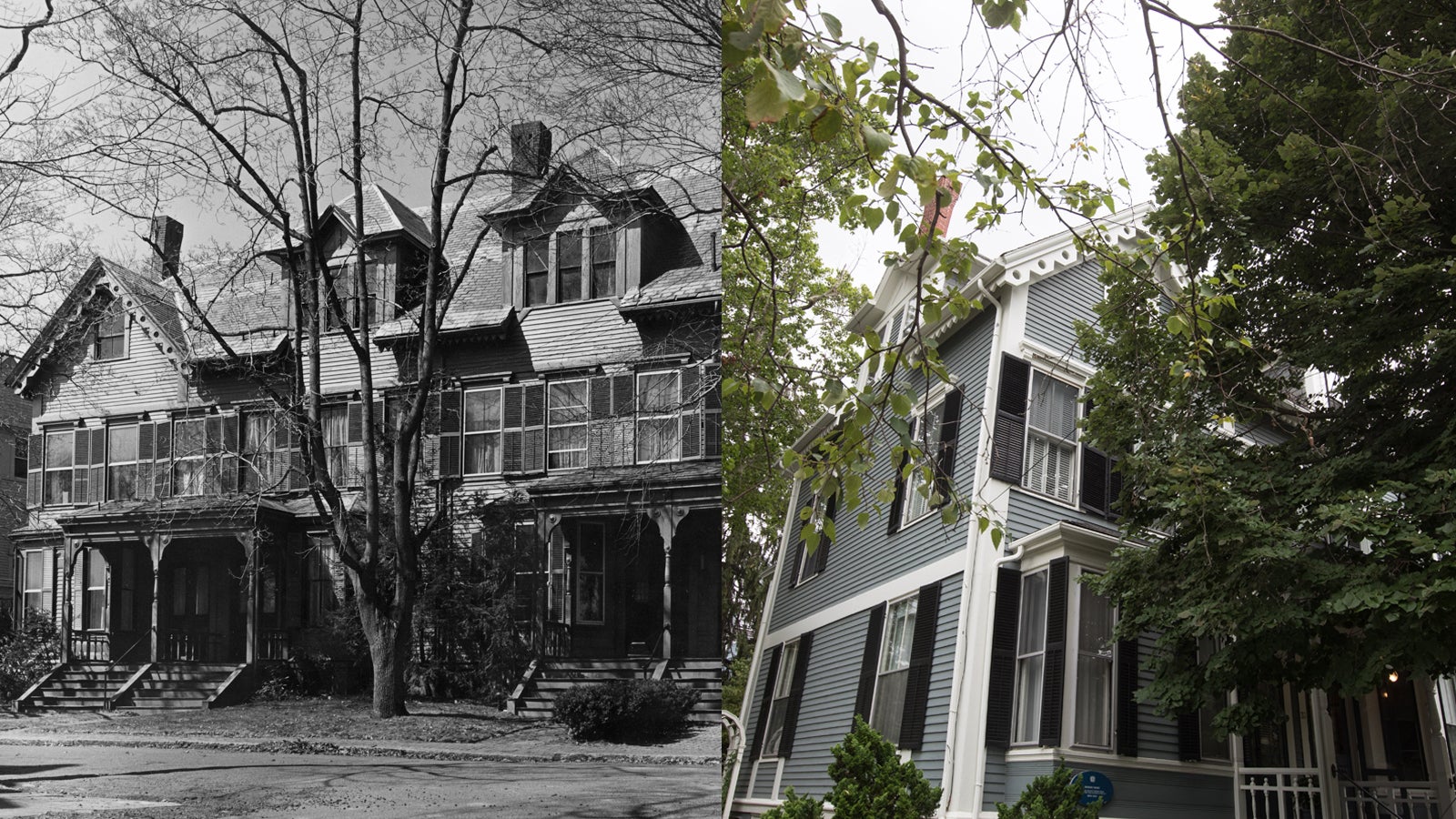 On far left, the home of Robert Frost photographed in 1968. At right, a blue marker connects the private residence to Frost in 2017.

According to Wilson, the celebrated poet lived in the Cambridge home for the last two decades of his life.

In the same way that Longfellow came to prominence in the 19th century, she said Frost became the quintessential American poet for the middle of the 20th century.

Frost, who attended high school in Lawrence, Massachusetts, and college in Hanover, New Hampshire, lived in the West Cambridge home from 1943 to 1963. 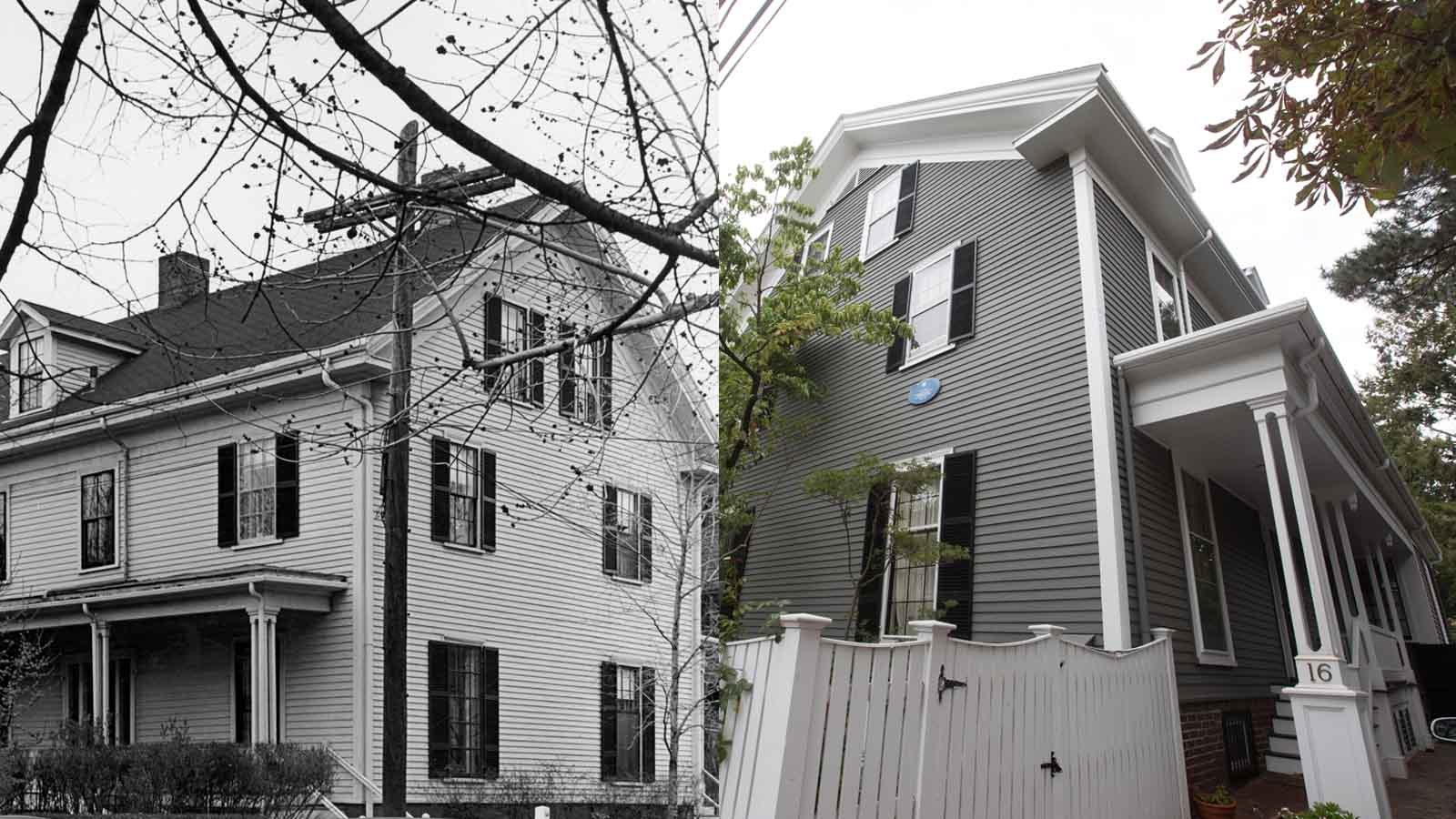 The celebrated poet attended Harvard as an undergraduate, but the house on Ash Street served as his home while he taught at the university, according to Sullivan.

During his time on Ash Street, a 23-year-old Eliot appeared onstage alongside fellow Cambridge poet E.E. Cummings in an amateur theatrical, according to Harvard Magazine. 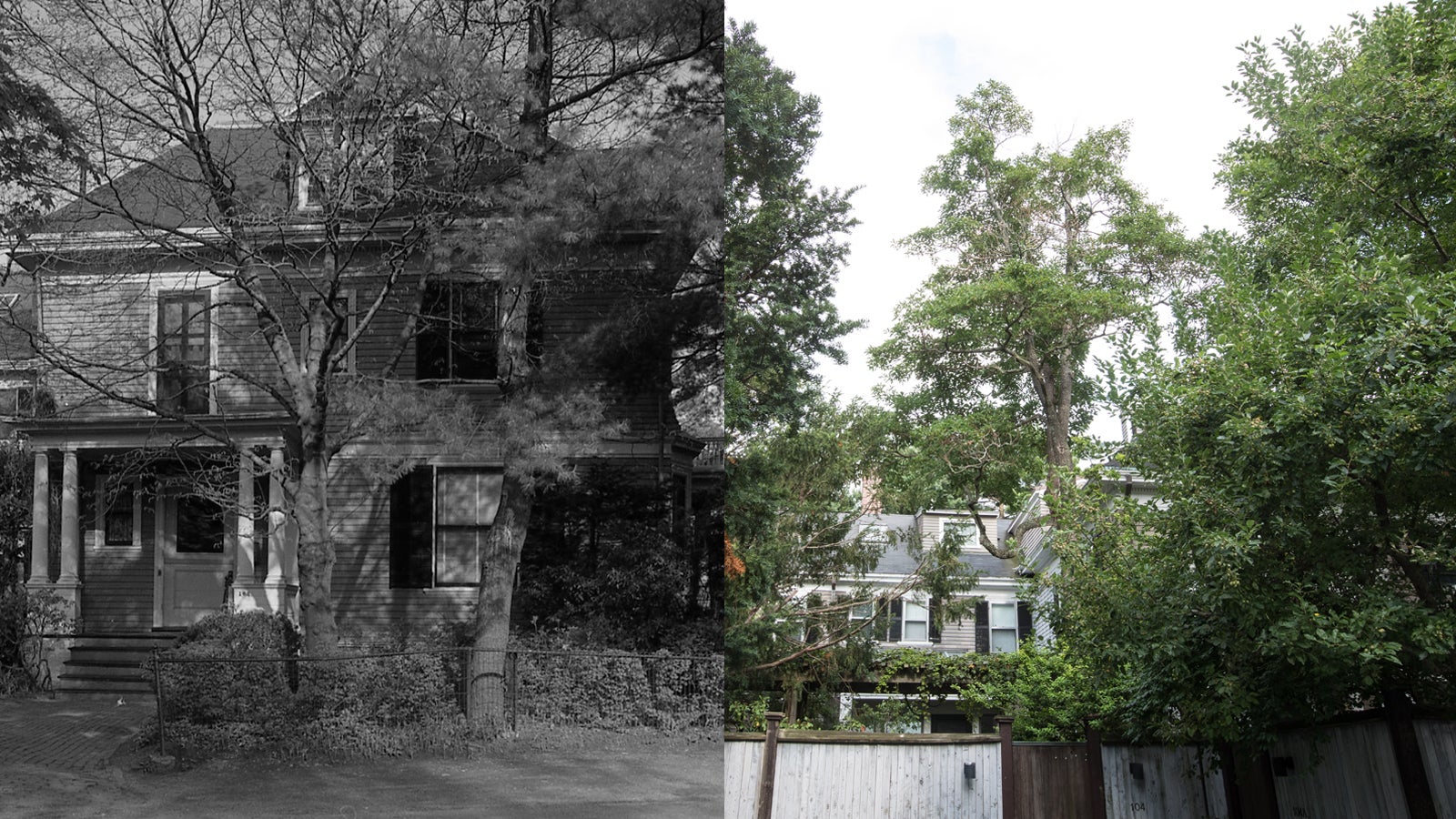 On left, the former home of Cummings in the mid-’60s. At right, the house is a private residence in 2017.

The renowned innovative poet was born at this Irving Street home and later attended Cambridge Rindge and Latin School and Harvard University, according to Wilson. His father was a professor at Harvard, Sullivan said, and Cummings eventually returned to teach at the university as well. He lived at the Irving Street home from 1892 until about 1917. 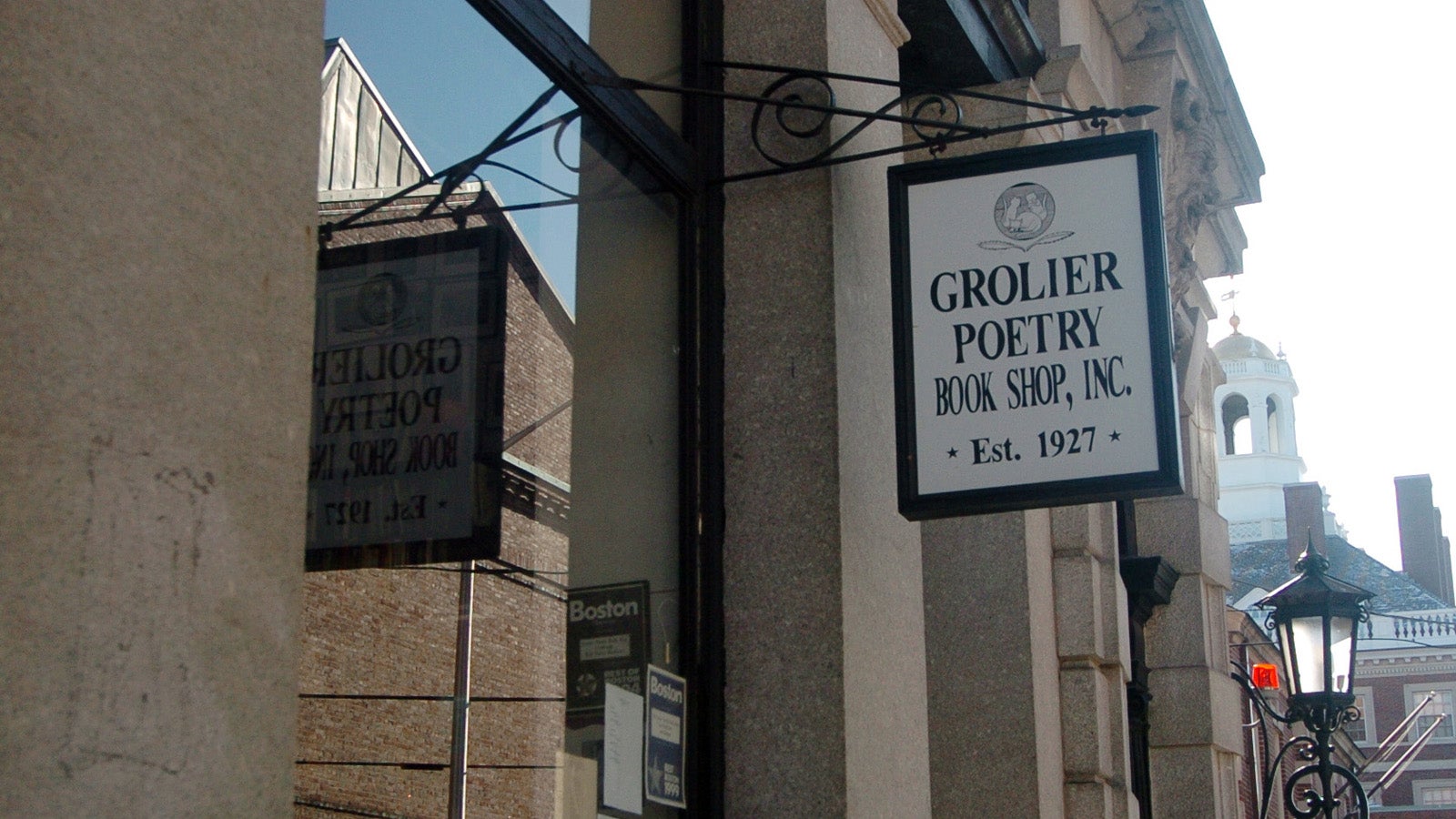 This shop dedicated to poets and poetry was started in 1927.

“It has always been, not only a poetry shop, but a great gathering place for all kinds of famous poets,” Wilson said.

The store has been frequented by the likes of Anais Nin, Robert Pinsky, and Seamus Heaney. It is currently owned by poet and Wellesley College professor Ifeanyi Menkiti. 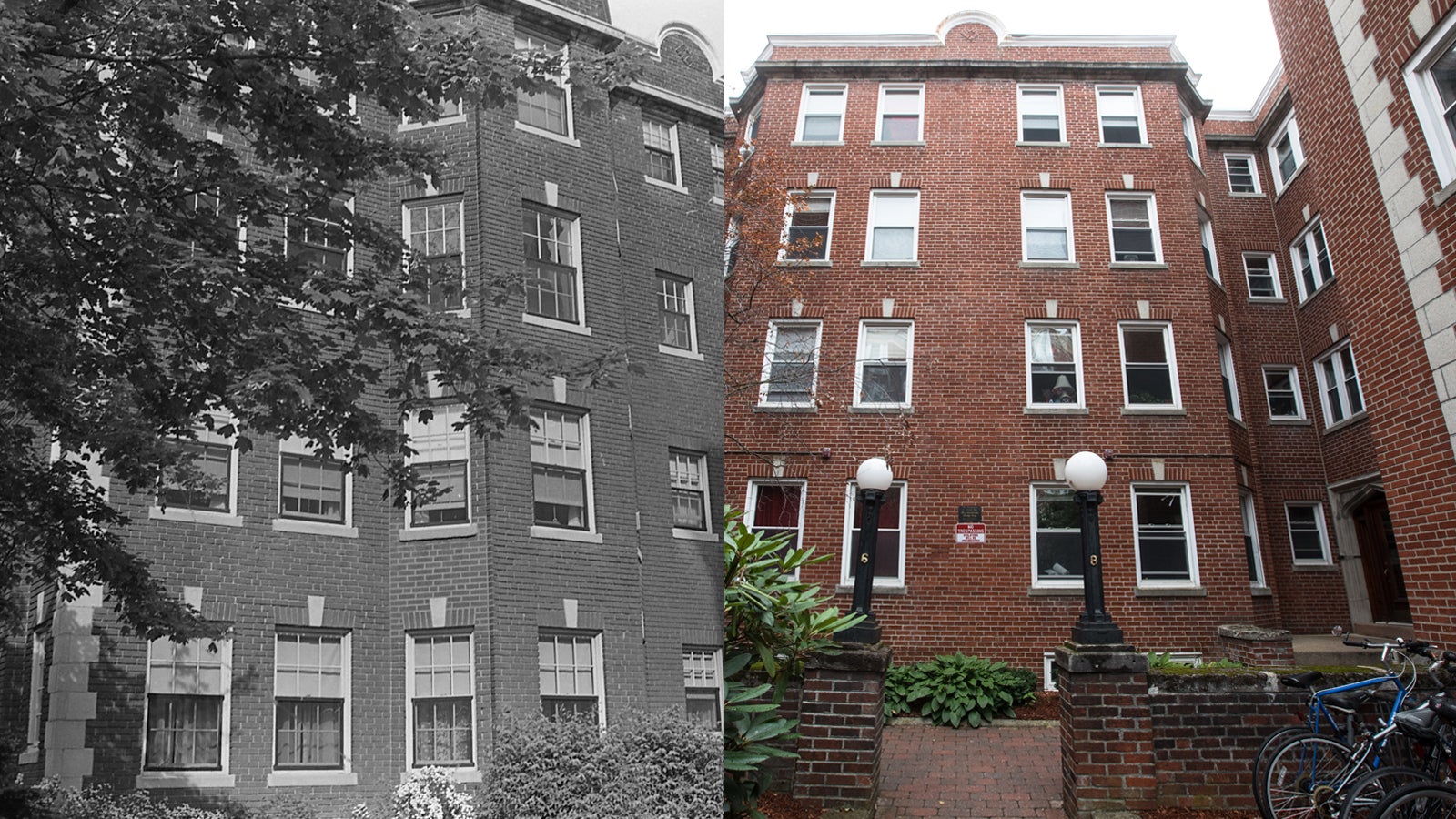 The author of “Lolita” fame lived in an apartment at 8 Craigie Circle in 1940s while he was teaching at Harvard and working at the school’s Museum of Comparative Zoology, where Wilson said he engaged in his other interest — butterflies.

According to the Harvard Crimson, Nabokov wrote his first American novel, Bend Sinister, while living in the Cambridge apartment. 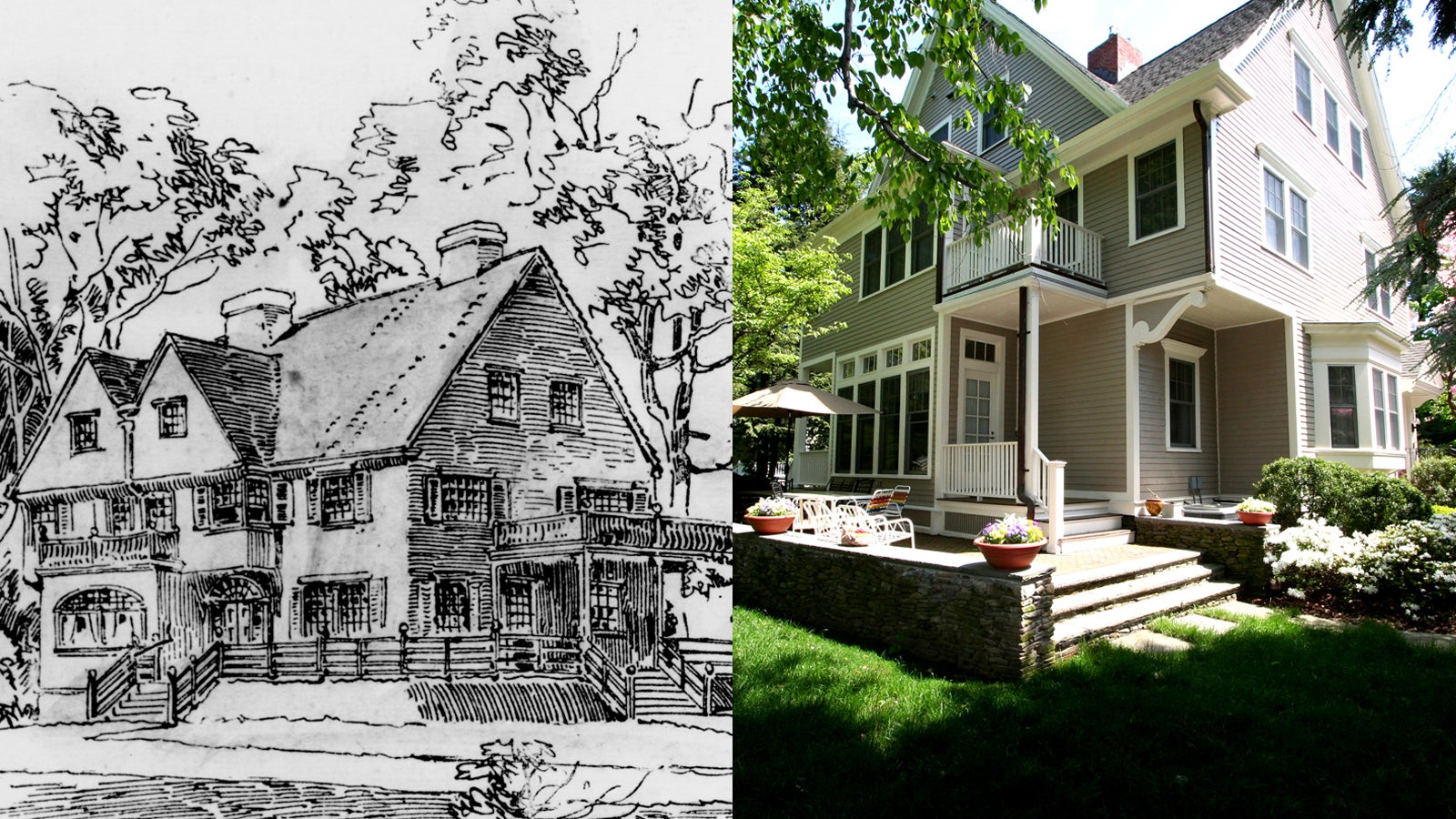 The culinary icon and cookbook author’s kitchen may no longer be in Cambridge, but the house where she lived from 1961 until 2001 remains standing. According to the Harvard Gazette, Julia Child and her husband first saw the house in 1958.

“It spoke to us the moment we walked in the door,” she wrote, according to the Gazette. 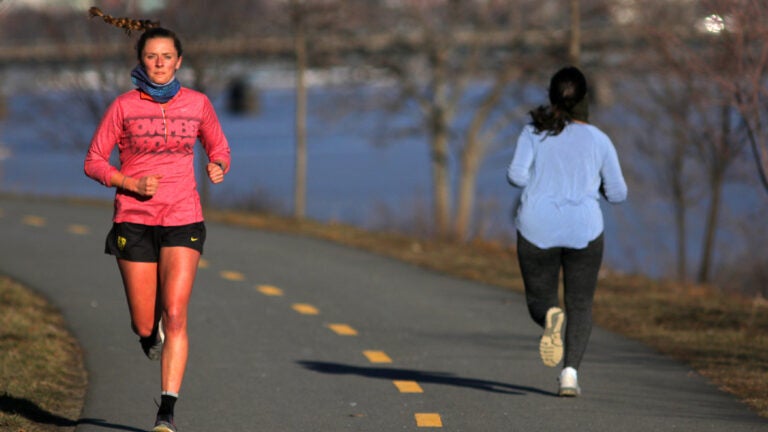 Cambridge residents up in arms about proposed Memorial Drive closures