Another year full of new books is before us.

We turned to staff members at four local bookstores — Trident Booksellers & Café, Brookline Booksmith, Harvard Book Store, and Porter Square Books — to find out which titles you shouldn’t sleep on in 2020. From narrative nonfiction to haunting memoirs to debut novels, here are the titles they say they’re most excited for this year.

“Why We Can’t Sleep” by Ada Calhoun (January 7)

This work of nonfiction is one that should be on your radar in 2020, according to Rachel Cass, book buyer at Harvard Book Store. In it, the author of the memoir “Wedding Toasts I’ll Never Give” expands on the viral article she wrote for Oprah.com in 2017, delving into the unique challenges that Gen X women face. “It has to do with family responsibilities, job responsibilities, and the way that all of those things have changed, and [how] Gen X got sort of stuck in the middle of that,” Cass said.

Cass said she’s also looking forward to the release of this memoir, which covers the author’s experience moving to San Francisco from New York and working in Silicon Valley. Through her experience, Wiener, a contributing writer to The New Yorker, chronicles the shift in Silicon Valley from a place of “sunshiny optimism” to something darker, Cass said. “It’s just a really fascinating look into the reality of the tech world and how much of our lives has been given over to that,” she said. 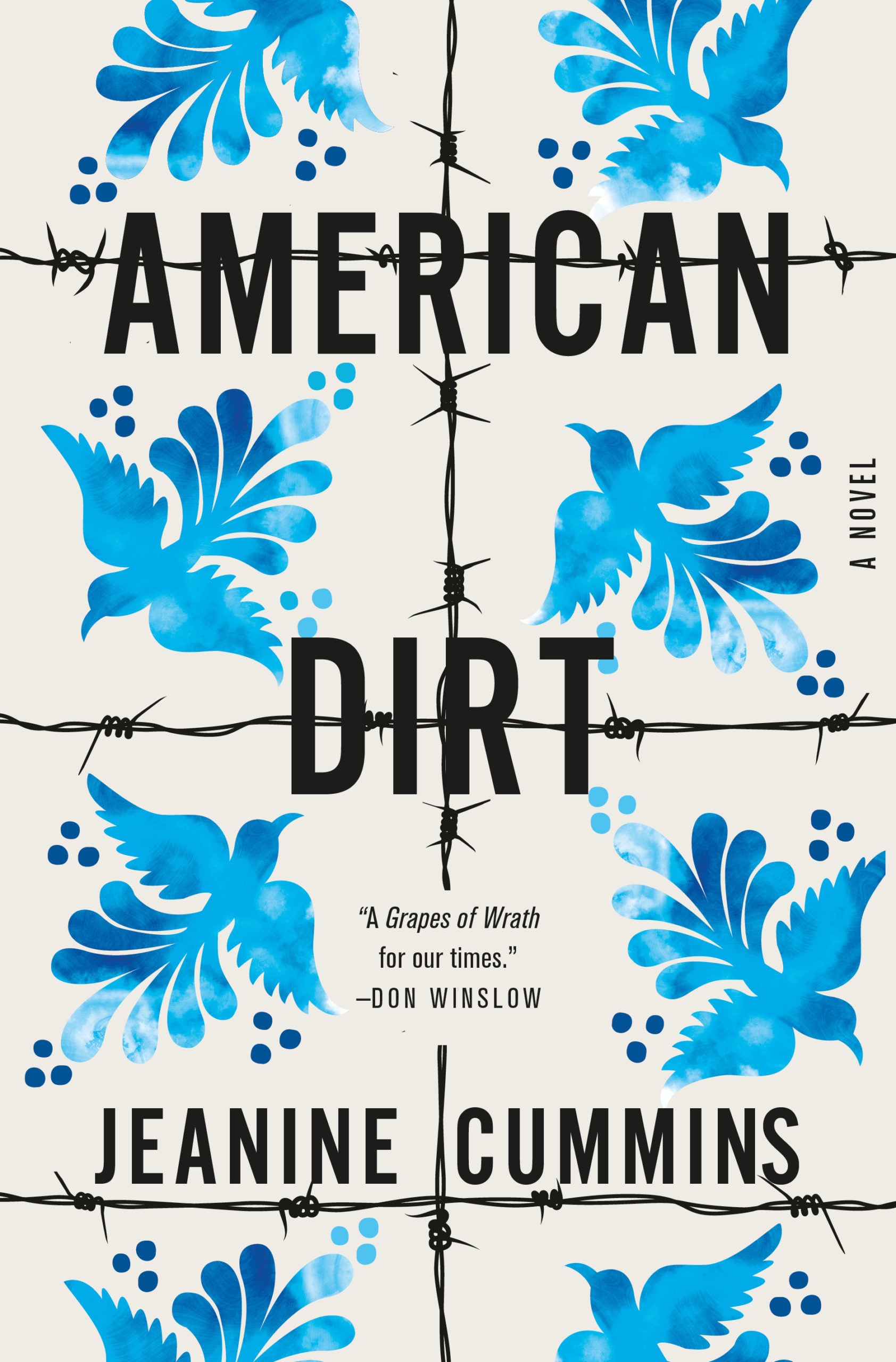 Ellen Jarrett, buyer and co-owner at Porter Square Books, said she and her colleagues have been excited for this novel since they first heard about it in 2019. The story follows a mother and son who are forced to flee their home in Mexico because of a drug cartel, heading northward toward the United States. The narrative tells the story of the people they leave behind, those they meet on the journey, and gives a face to the countless men, women, and children who make the same trek every day, Jarrett said. “It’s a really important book,” she said.

The new novel from the award-winning author is at the top of the list of titles Shuchi Saraswat, curator of the transnational literature series at Brookline Booksmith, is looking forward to in 2020. The story follows three orphans who work together to survive in Laos in the 1960s, taking shelter in a bombed-out field hospital. “[Yoon’s] got such a simple language and a style that’s so generous to his characters and really pays attention to their interior life in a way that’s really moving,” Saraswat said. The narrative stretches through the years as they set out on their own paths across the globe.

Courtney Flynn, manager of Trident Booksellers & Café, said the new novel from the author of “Dept. of Speculation” is a great and quirky read. In vignettes, it chronicles the story of a woman who finds herself working as a librarian and takes a job answering fan letters for a mentor’s podcast about climate change. “It is a little depressing to read because there’s a lot of truth to what’s going on in the world,” Flynn said of the book. “But [Offill] writes with some humor and some reflection on the state of our world, especially as it pertains to climate change, and it’s really intriguing.” 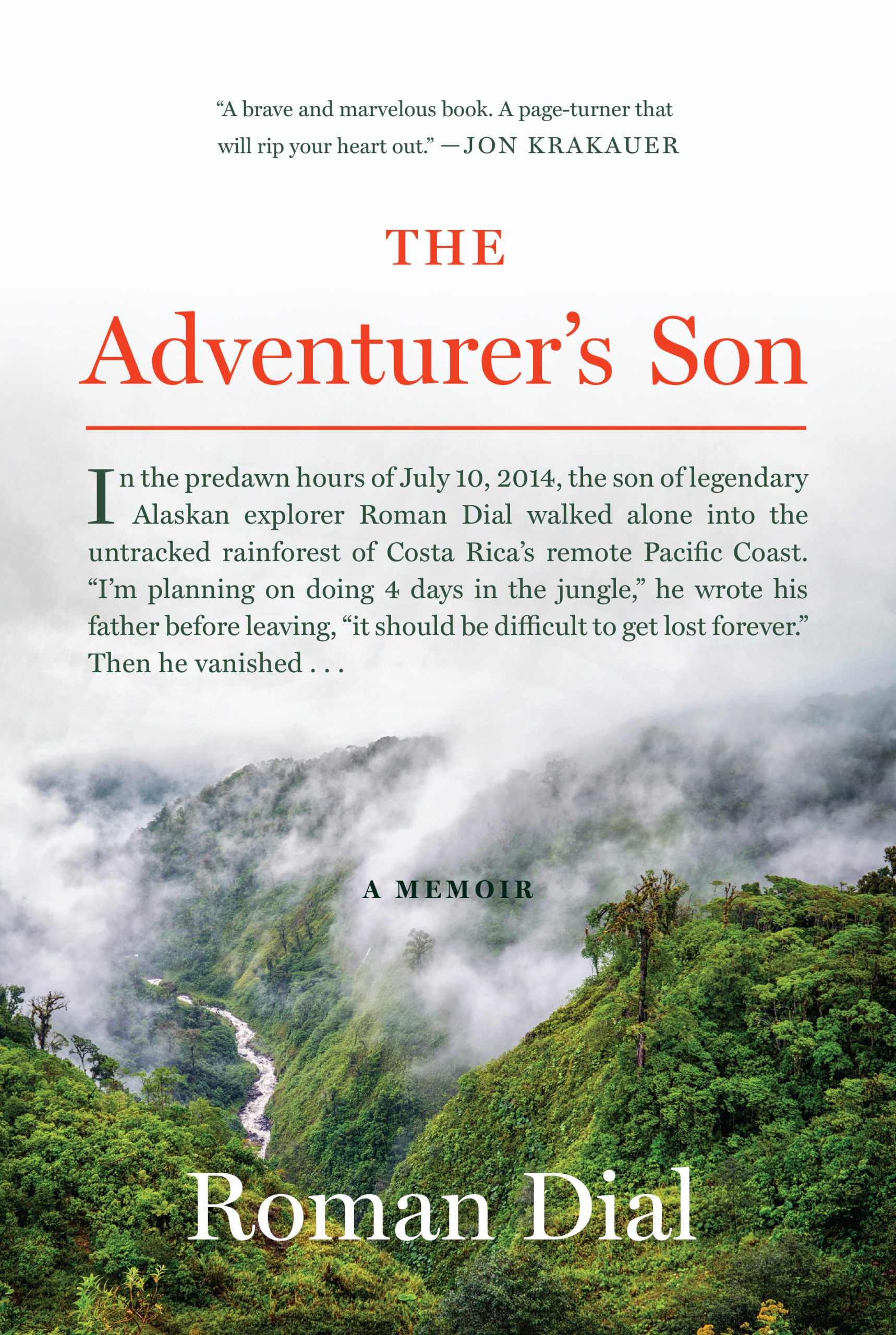 The harrowing memoir from the Alaskan scientist and National Geographic explorer recounts his search for answers after his 27-year-old son disappeared in a remote rainforest in Costa Rica in 2014. Seeking to find out what happened to his son, Dial himself sets off into the same rainforest. Flynn said there are elements of an adventure story to the memoir as the author’s quest for answers unfolds. “[Dial] himself had been an adventurer, so it’s [also] coming to terms with that — with that influence his own stories had on his son and his decisions,” she said. “It’s pretty remarkable that he was able to write this beautiful book on his own horrible experience.”

Flynn said this debut novel is filled with beautiful writing as it spins the story of a woman whose college-age sister was murdered during a family vacation at a resort in the Caribbean. She was just 7 years old at the time of the murder and the case remains unsolved into her adult years. “It’s really about her emotional journey,” Flynn said of the novel. “There’s definitely an intrigue there, a mystery, but it’s not a mystery [novel]. It’s really a deep dive into what it would feel like if you had a sister who was mysteriously murdered.”

“The Splendid and the Vile” by Erik Larson (February 25)

The new work of nonfiction from the acclaimed author of “The Devil in the White City” and “Dead Wake” presents a new perspective on Winston Churchill, Flynn said. Larson is a “master” at narrative nonfiction, writing works that read like novels, she said. For this work, he drew on newly released archival documents and diaries to produce a new portrait of the British leader, his family, and those closest to him. “It’s just a fascinating and great read,” she said. 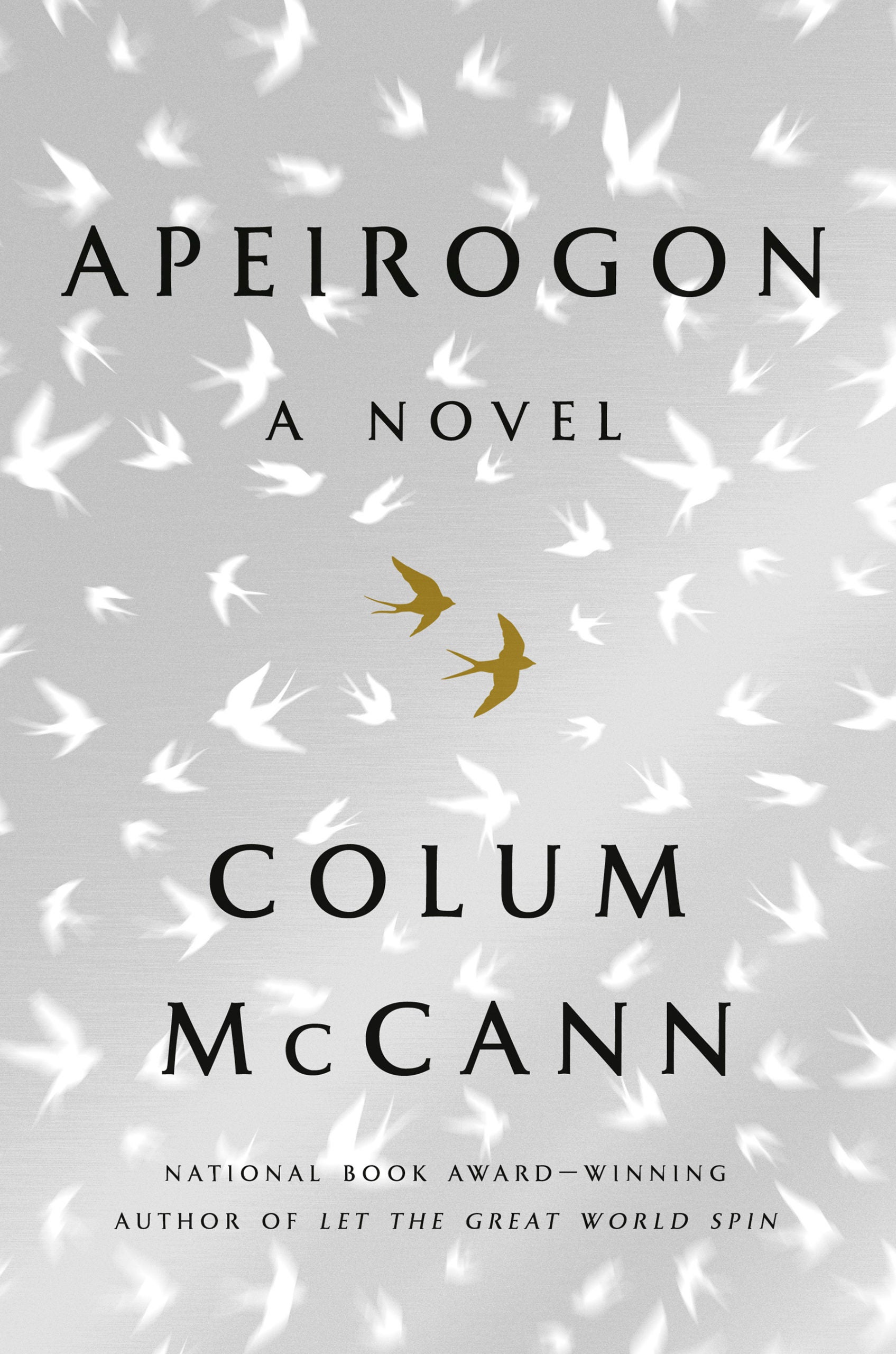 Cass said she is really excited about the new novel from the author of “Let the Great World Spin.” The narrative tells the story of two families, one Palestinian and one Israeli. Children from each of the families are killed in acts of violence around the same time. “It’s [about] how these families come together and looking at the different sides of this conflict,” she said. “It’s really incredibly ambitious. It’s probably his most ambitious book so far.”

For those familiar with Cambridge, local landmarks will be clearly recognizable in the new novel set in the city across the river from Boston, Jarrett said. The 31-year old protagonist moves to Cambridge after the death of her mother, and the story follows her as she is constantly challenged to be true to herself, while balancing waiting tables in Harvard Square, trying to finish a novel she’s been writing for six years, and falling in love.  “She bikes everywhere, so she’s constantly describing street scenes and houses,” Jarrett said. “It’s very familiar, which makes it kind of fun. It’s just a great story — it’s beautifully written.”

“Recollections of My Nonexistence” by Rebecca Solnit (March 10)

Both Saraswat and Cass are excited for the new memoir from the author of “Men Explain Things to Me.” “It’s written in her very poetic style,” Saraswat said of the memoir, which delves into Solnit’s coming of age in 1980s San Francisco. In it, she chronicles how she became the activist and writer she is today. “[She’s a] really fantastic, political, feminist essayist,” Cass said. 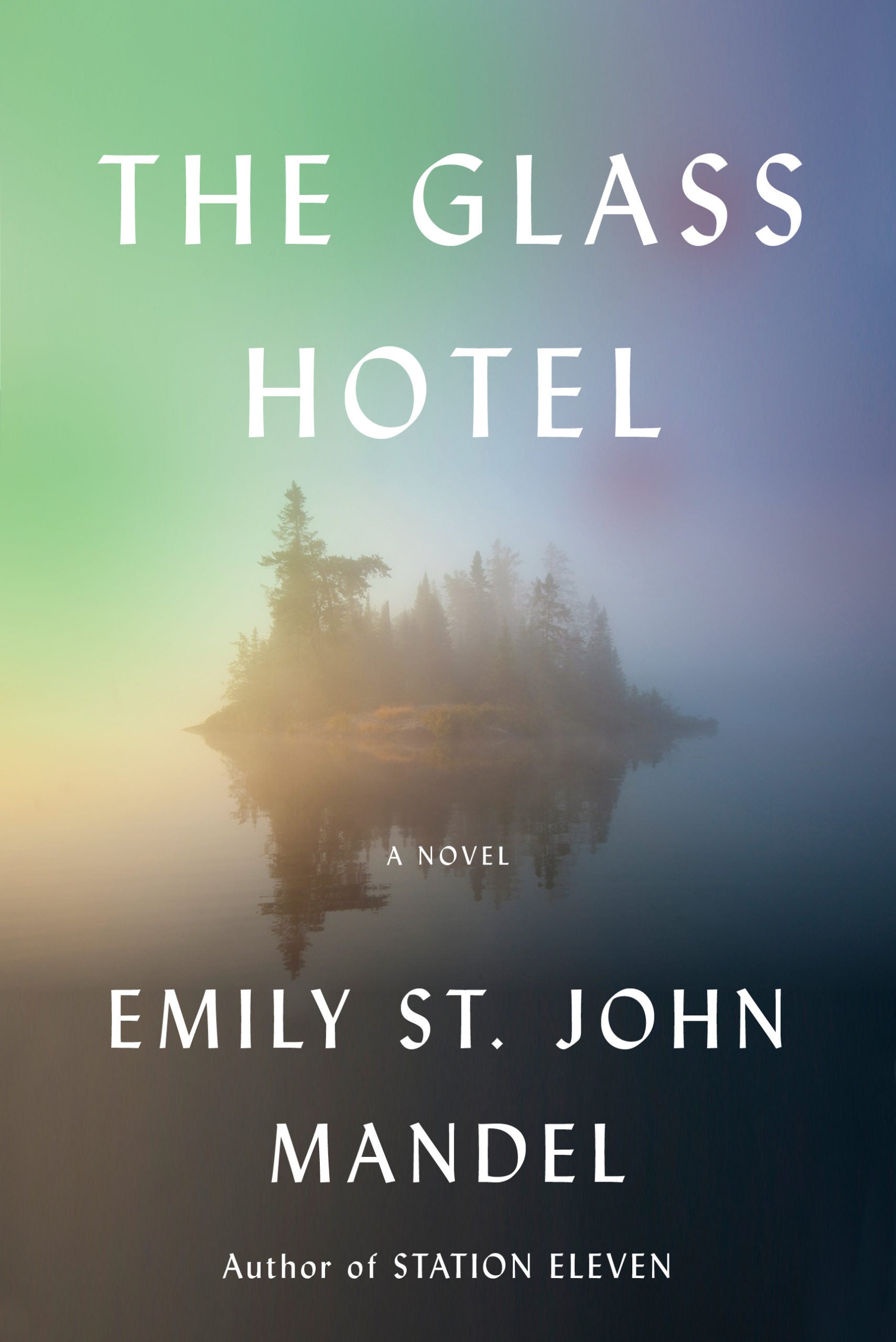 The winding plot of this new novel from the author of “Station Eleven” is great on its own, Flynn said. But it’s no match for the author’s writing, which is even more entrancing, she said. The narrative follows a woman who, while working at a small hotel in British Columbia, gets involved with the owner of the establishment and has her life “spin out into this unexpected way,” Flynn said. “Her writing is just so beautiful and so captivating, sort of ethereal in this book,” the manager said of St. John Mandel. “It’s heartbreaking and tender and really, really good.”

Saraswat said she’s looking forward to this novel, translated from Arabic, that revolves around a crime that is committed just after the Arab-Israeli War of 1948 and a woman living in present day Ramallah who becomes obsessed with it. “There are not a ton of novels about Palestine from the perspective of Palestinian women,” Saraswat said of why she’s excited for the new work. “And there’s never that many novels translated [from] Arabic.” 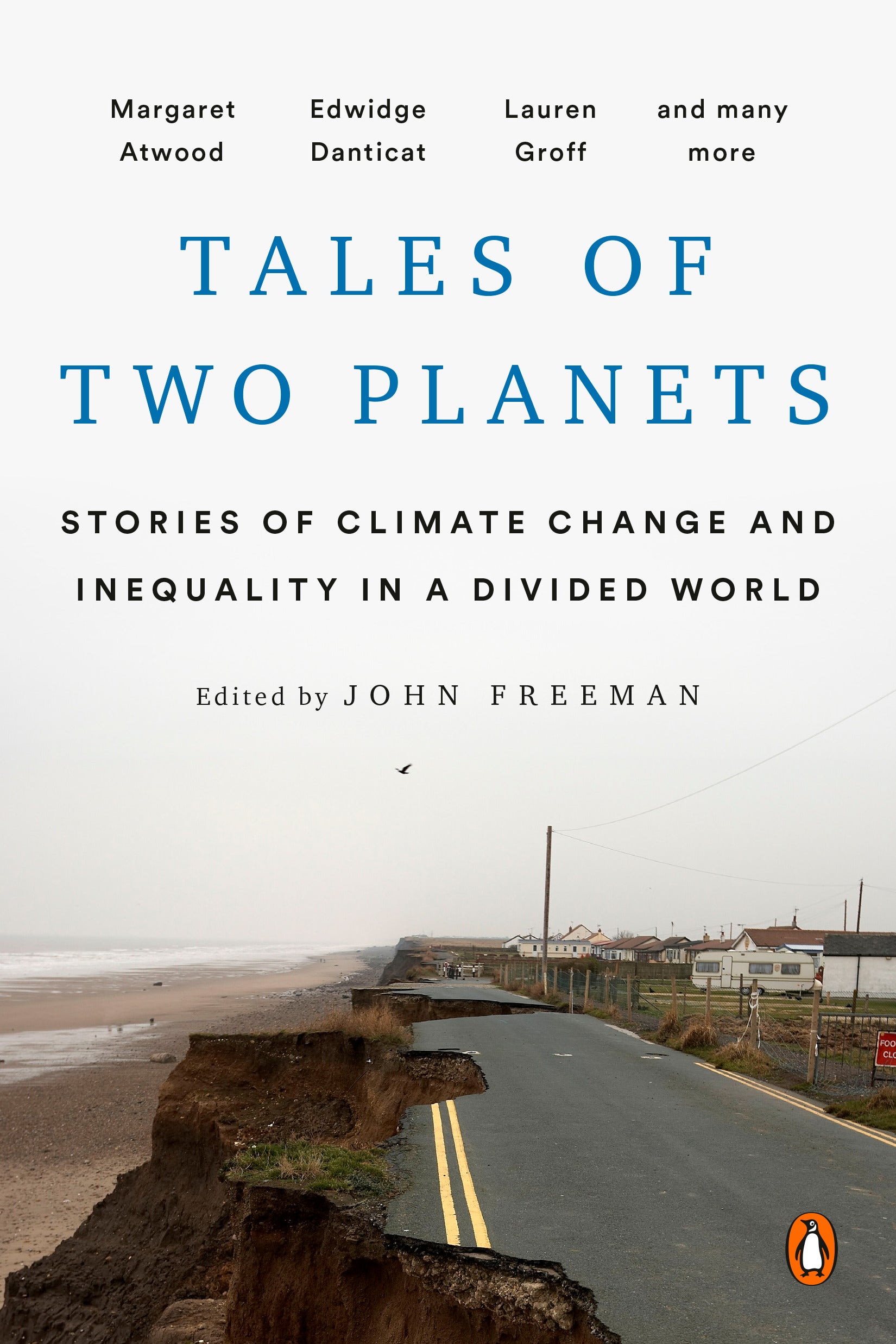 The former editor of the literary magazine Granta is releasing a new anthology of short stories, poems, and essays from writers that center on climate change and what is happening to the Earth. “He’s able to pull together incredible writers to talk about a topic that is difficult for people to write about and to read about,” Saraswat said. “To me, it’s like how could I not pick up this book when there are so many writers — Rebecca Solnit’s in there, Roxane Gay, Ann Patchett, Anthony Doerr — how can you not see what they have to say about it even if you’re uncomfortable and don’t want to?”

“Hollywood Park” by Mikel Jollett (May 5)

Jarrett recommends keeping this new memoir from the frontman of the indie band The Airborne Toxic Event on your radar in 2020. In it, the musician shares how he was born into the infamous cult Synanon and separated from his parents at a very young age until he, his mother, and brother were able to escape. “They found life on the outside was even tougher really because it was unpredictable,” Jarrett said. “They lived in abject poverty; there was a lot of abuse, drugs, and alcohol.” Eventually, he manages to move on and heads to Stanford for his education, followed by a successful career as a writer and musician. “It was a little reminiscent of ‘Educated’ [by Tara Westover] for me,” Jarrett said. 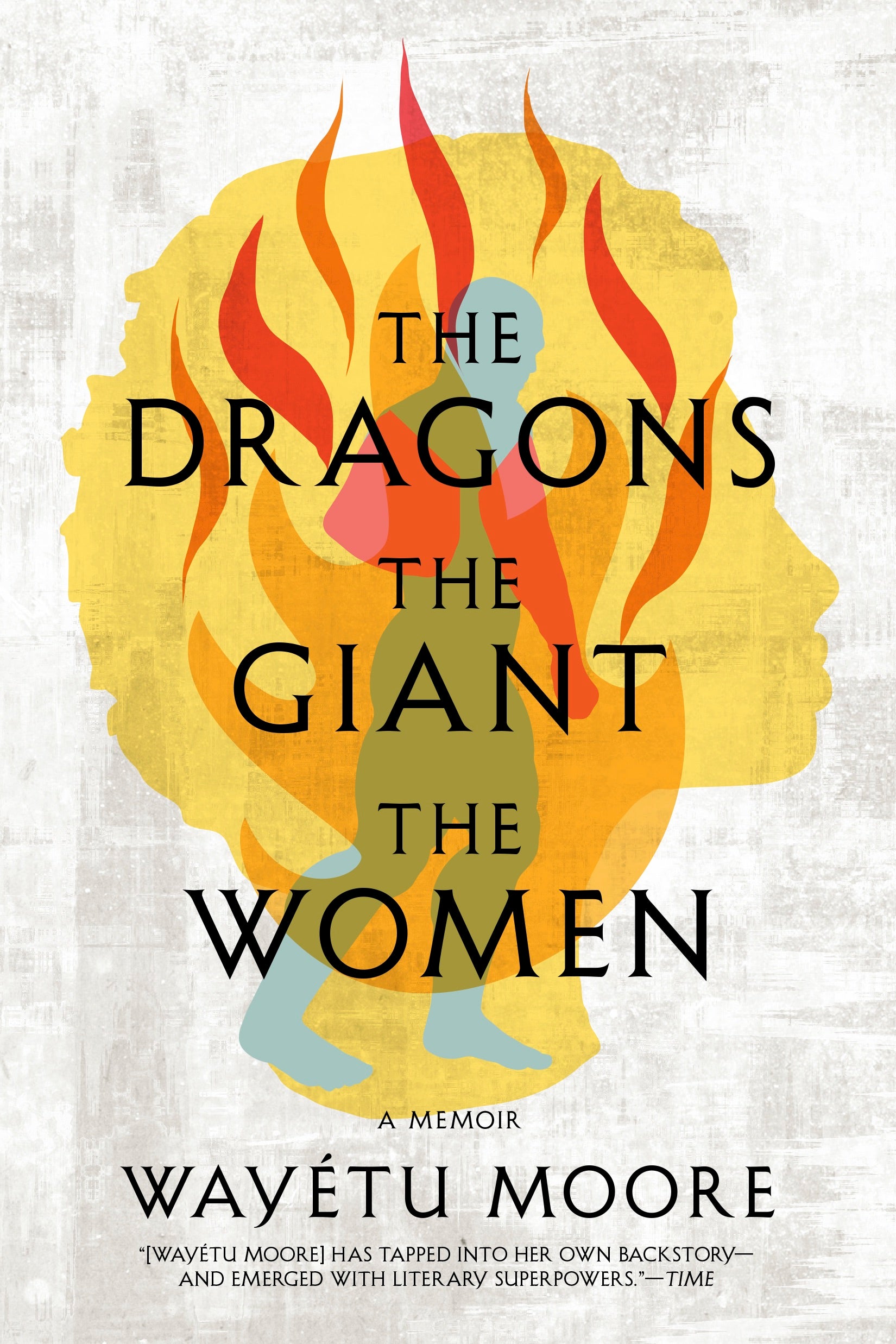 “The Dragons, the Giant, the Women” by Wayétu Moore (June 2)

Saraswat said she is looking forward to the memoir from the author of the novel “She Would Be King,” which was released in September 2019. The new work of nonfiction follows Moore’s family, who are living in Monrovia, Liberia, when war breaks out in 1989 and they are forced to flee their home on foot. Eventually, they arrived in the United States, where they settled in Texas. “It’s got all sorts of echoes of what’s happening now, but it’s also her deeply personal story in her very beautiful writing style,” Saraswat said of the forthcoming book.

Cass said she loved Gyasi’s 2016 debut,  “Homegoing,” and can’t wait for her new novel out in July. The forthcoming work follows a Ghanian immigrant family in Alabama. The protagonist, Gifty, is studying neuroscience at Stanford and grappling with the overdose death of her brother. “She’s having an academic response to this tragedy that happened in her family, but also gets pulled back to her evangelical faith from when she was growing up in Alabama,” Cass said. “And the pull of those things and the pull of family.”

Jarrett said she’s been blown away by this novel by the Australian author and screenwriter. The narrative follows a young woman haunted by a traumatic past who is searching for the world’s last flock of Arctic terns. She ends up on a fishing boat in her mission to follow them on their migratory path, winning over the crew with promises that the birds will lead them to fish, and her past is slowly revealed through the journey. “It’s incredible,” Jarrett said. 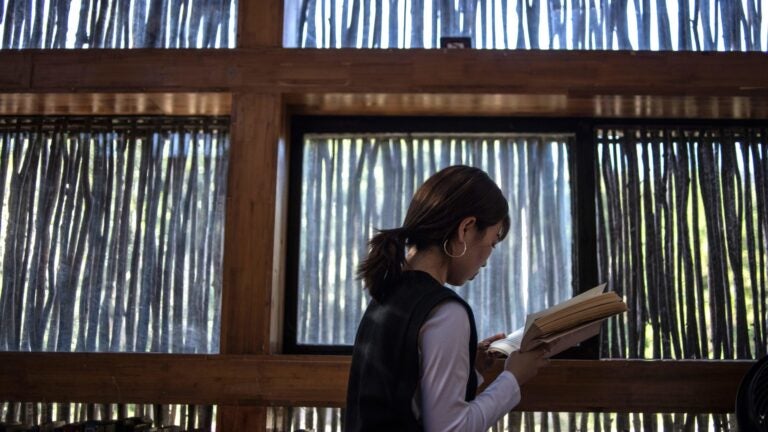 These are the 18 best books of 2019, according to local experts