Allow us to introduce the Boston.com Book Club!

What to know about the Boston.com Book Club

Each month, we’ll select a new book we love from a local New England author or a book set in New England — or both. We’ll be reading fiction and non-fiction, important books and lighter reading. Our book club community is a place to connect with fellow members, authors, stories, and all things local. We will provide weekly content related to the book and discussion topics, including a live virtual video discussion about the book. We’ll strive to make sure that discussion is with the author of the title.

This book club is supported by the New England Independent Booksellers Association (NEIBA), an association of over 150 independent bookstores across New England and eastern New York. Each month, our goal is to highlight a store in the region by featuring an indie bookseller to discuss the book with its author.

I own one of these stores, The Silver Unicorn Bookstore in Acton, which is now in its third year of operation. Before I opened it, I wrote for Boston.com and for The Boston Globe as well, mainly about the Red Sox and the Celtics (though they did let me write one time about why Tom Brady should have been the 2016 NFL MVP). I’m thrilled to get to help lead this new venture.

What is the first book pick? 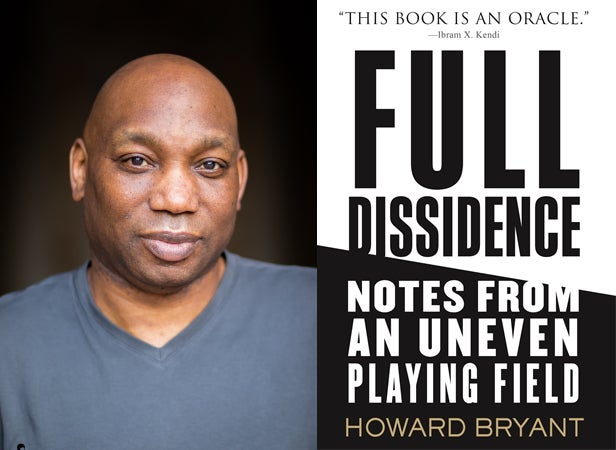 So, what’s our first book? Full Dissidence: Notes From An Uneven Playing Field, by Howard Bryant. The book, Bryant’s ninth (and fifth for an adult audience), is a book of nine essays that deal with protest, labor, patriotism, and class division. As Bryant is a sportswriter by trade, these essays are filtered through the lens of the professional sports world, but you don’t have to know much about sports to understand and be moved by this book.

Given the nationwide protests against racial injustice and police brutality following the murder of George Floyd Jr. on May 25, we felt this book, which was published January 21 of this year, was the perfect first choice, both in terms of content but who wrote and published it. Bryant is a Dorchester native and Northampton resident, and has written eloquently and passionately for and about this region for a very long time. His first book, Shut Out: A Story of Race and Baseball in Boston, published in 2002, remains one of the most important history books ever written about the Boston Red Sox. Locally, he has written for the Boston Herald, and he has been a senior writer for ESPN and the sports correspondent for NPR’s Weekend Edition Saturday since 2007 and 2006, respectively. His writing has won numerous awards, including twice the Casey Award for best baseball book of the year. Simply put, it would be hard to find a better writer in this or any other region of the country.

Both Full Dissidence and Shut Out (and another of Bryant’s books, The Heritage: Black Athletes, A Divided America, and the Politics of Patriotism), were published locally by Beacon Press, which has been publishing books in the city of Boston since 1854. An independent publisher of serious non-fiction, Beacon Press is one of the finest publishers in the country, and we’re lucky they’re in our backyard.

In the next three weeks, we will be devoting book club content to Full Dissidence, and concluding our first book club month with a live virtual discussion with Bryant and Clarrissa Cropper and Leonard Egerton, owners of the Frugal Bookstore in Roxbury, Boston’s only Black-owned bookstore.

Join the conversation with #BostondotcomBookClub or sign up for the Boston.com Book Club newsletter to get the latest updates.

Do you have a book club suggestion? Let us know below!