For Boston.com Book Club’s next read, we are diving into a novel set close to home that playfully infuses local lore and history with 80s pop culture as it tells the story of a group of teenage girls pursuing their desires and discovering their own power and true selves.

Our third book club pick is “We Ride Upon Sticks” by Quan Barry, who sets the delightful narrative in Danvers, where she herself was raised.

The novel follows the 1989 Danvers High School field hockey team, who, fed up with their losing record, decide they will do anything to reach the state finals — even if it means turning to “the Darkness.” The team of teens discovers that their luck — both on and off the field — begins to change after they make a dark pact together, signing their names in a spiral notebook (with the face of actor Emilio Estevez on the cover) in a pledge to unnamed shadow powers.

They promise to follow all their urges “all the way to the end, no matter what,” tying strips of a blue tube sock to their arms in a united bargain.

“That’s when the higher power that we simply called ‘Emilio’ began to kick into gear,” the narrator, an unnamed member of the team, explains to the reader.

In setting the novel in Danvers (which some may know was originally known as Salem Village), Barry allows her characters to reflect and draw parallels between their quests for power and self-discovery and the 1692 witch trials. The novel is steeped in history (one of the team co-captains, Abby Putnam, is a descendant of the infamous Salem accuser Ann Putnam), seamlessly mixing the past and local legend with 80s pop culture and iconography (the claw bang hairstyle of the decade gets its own anthropomorphic attention).

All through the story, the teens link and reflect on their own activities in relation to the group of women who came before them so many years before.

“Every three hundred years or so, our kind gets loosed upon an unsuspecting world,” the narrator tells the reader. “And this time around, the history books would know us as the 1989 Danvers High School Women’s Varsity Field Hockey Team. Be. Aggressive. B-E aggressive.”

The teens grapple with sexuality, racial identity, friendship, and ultimately, transformation, during their bewitched field hockey season. Each chapter is named for a game the Danvers Falcons play against other schools (Danvers vs. Masconomet), with each section focusing on the story of one of the players as they seek to fulfill their pledge to “Emilio.” Barry follows both the growth of the individual — and collective “we” of the team, her narrative dancing the thrilling edge of bewitchment and dark magic across the landscape of the North Shore of 1989.

“Humor is an abundant buffer to rage, confusion, sadness and the tricky waters of love,” Sarah Neilson wrote in her review of the novel for the Minneapolis Star Tribune. “Barry is a skilled storyteller and sentence artist who embraces irreverence where irreverence is due … The bond between the Danvers High teammates is at the giant heart of this novel.”

Barry’s prose is fully packed with delightful North Shore details and references, enveloping the reader in the era and what it meant to be a teen girl, with the imagery of magic and mythic happenings woven throughout. In one moment, the team is a “bunch of frenzied maenads,” in another, they are a “horde of pillaging Vikings” as they brandish their field hockey sticks.

You can practically smell the hairspray as the team blasts their anthem — “Look Out For Number One” — from a boombox to psych themselves up throughout the novel. Barry herself played field hockey for Danvers High School in the late 1980s; the coach of the Falcons in the novel is based on her coach from high school.

She told the Boston Globe that getting the details of the era right was important for her.

“Placewise, the book is 100 percent factual,” Barry said, adding, “We did actually make it to the state championship, we had a great run that year.”

Unlike her characters, though, her team did not use witchcraft to get there, she told the newspaper.

How to join the live event with author Quan Barry

Let us know: What do you miss about high school?

“We Ride Upon Sticks” transports readers back to high school and life as a teen. What do you miss most about high school? What were some of the things you did or happened that were pivotal to your experience? Share with us below or email us at [email protected] and we’ll include your response in an upcoming Boston.com article. 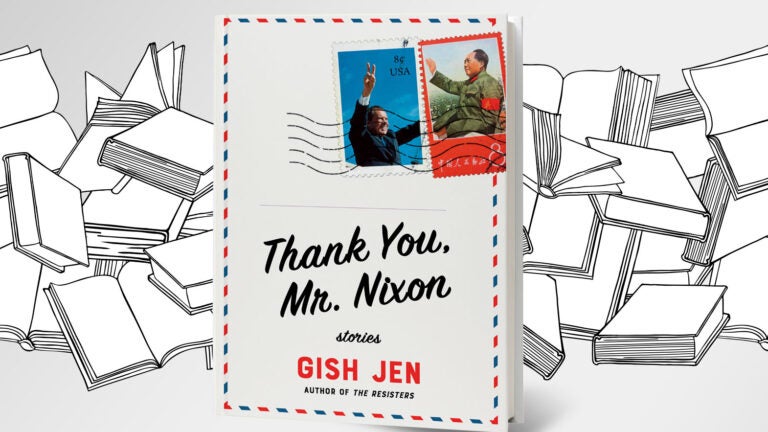