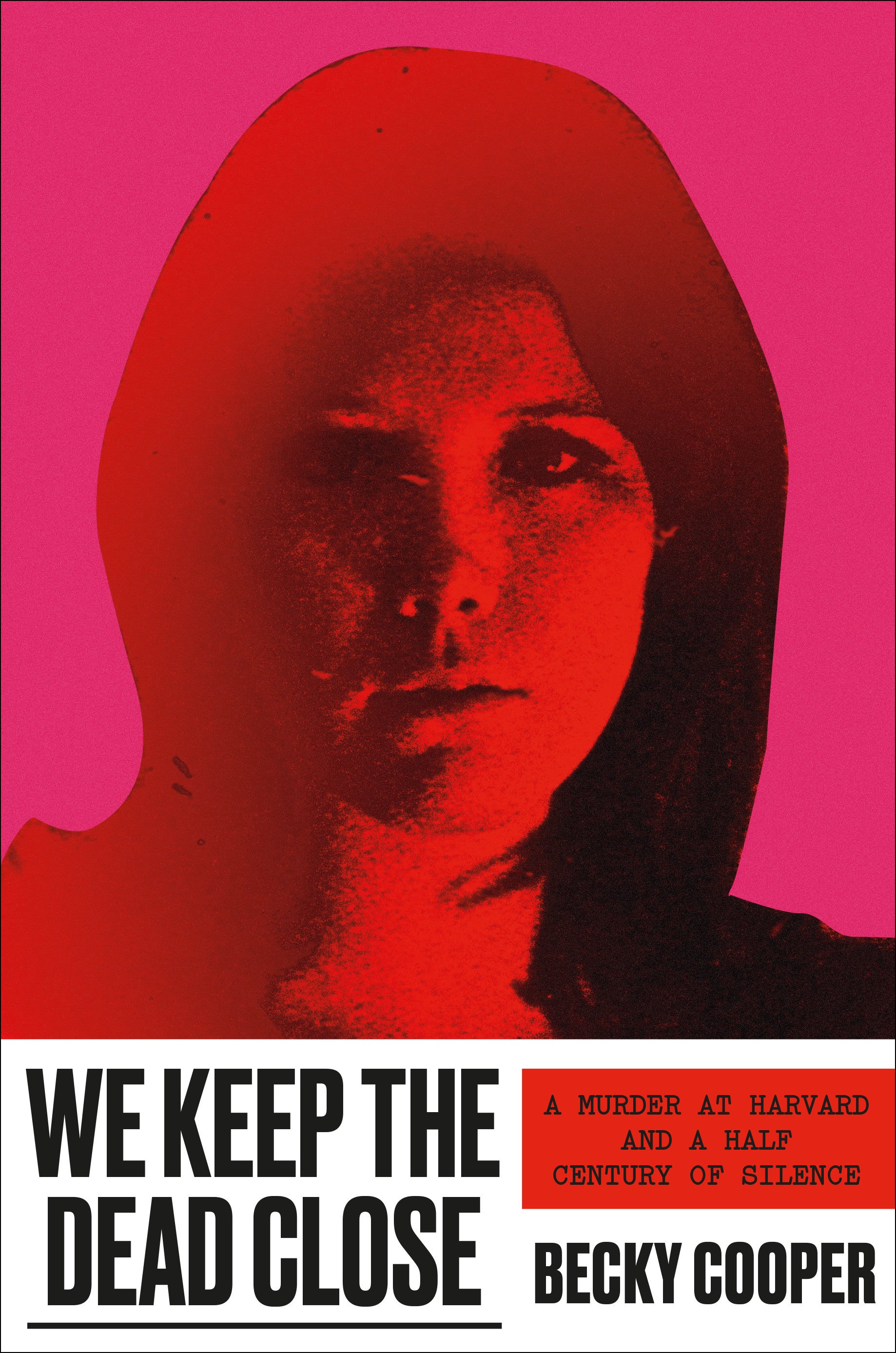 “We Keep the Dead Close: A Murder at Harvard and a Half Century of Silence,” by Becky Cooper, is about the case at the heart of a longtime campus rumor.

A young archaeology graduate student at Harvard is bludgeoned to death by the professor with whom she’s having an affair. The murder weapon is a stone tool from the university’s Peabody Museum. Under cover of darkness, the professor steals into the museum with the woman’s corpse and conducts a macabre funeral rite, draping her body in ancient jewelry and sprinkling it with red ocher powder.

Harvard, determined to avoid bad publicity, thwarts a police investigation, protects the professor and silences the press. It’s as if the murder never happened.

This is the story Becky Cooper heard as a Harvard junior in 2009. It lodged in her mind and would not let go. Intuitively, she knew the details couldn’t all be true, but the idea that her university was capable of covering up a murder did not strike her as far-fetched.

“The very things that made me love Harvard — its seductiveness, its limitlessness — also made it a very convincing villain,” Cooper writes in “We Keep the Dead Close: A Murder at Harvard and a Half Century of Silence,” her book, 10 years in the making, about the case at the heart of the rumor. “Harvard felt omnipotent.”

At 500 pages, “We Keep the Dead Close” — which will be published by Grand Central on Nov. 10 trailing superlatives from the high-profile authors Ron Chernow, Stacy Schiff and Patrick Radden Keefe — is a true-crime procedural and a record of its author’s all-consuming obsession, unfolding in what can seem like real time. But it is also, more unusually, a young woman’s reckoning with an institution whose mythic reputation belies unsavory secrets.

In this respect, “We Keep the Dead Close” is the latest entry in a rarefied genre: the Harvard murder. It’s a literary category in which erudition, integrity and high-mindedness are pitted against unthinkable malevolence. There have been just a handful of killings associated with the university since its founding in 1636 — an average of little more than one per century.

When one does occur, public reaction is intense. Foreign correspondents descend on Cambridge, Massachusetts. Television cameras stake out Harvard Yard. And book deals ensue. The particulars vary, but with each case the scandal, and perhaps the thrill, is that such a paragon of excellence can be brought so low.

It was the institution itself “whose honor and virtue were really on trial,” historian Simon Schama writes in “Dead Certainties” (1991), his imaginative reconstruction of the 1849 murder of George Parkman, a Boston businessman, by John Webster, a former Harvard classmate and a professor at the medical school. Webster, who had fallen into debt and owed Parkman money, chopped his body into pieces, hiding his torso in a tea chest and throwing other parts down a medical-school privy, where they were eventually found — “bits of butcher’s trash sitting on the wet dirt.”

Sixty thousand people swarmed the Boston courthouse where Webster’s trial was held, including reporters from Germany and England. “What was it that had magnetized them all?” the sheriff in charge of managing the crowds wonders in Schama’s book. “The faintly disgusting excitement to be had from observing a man of the learned, moneyed classes revealed as a murdering beast?”

The sheriff was onto something. “Harvard seems like Harry Potter world,” said Melanie Thernstrom, the author of “Halfway Heaven: Diary of a Harvard Murder” (1997), about a Harvard junior who in 1995 stabbed her roommate 45 times and then hanged herself in their shower.

“It’s cloistered, it’s ivy-covered, it has a mystery that other schools don’t have,” Thernstrom added. “There is this sense of it being very much a secret society or a castle, where the drawbridge is up and the students inside are living this magical life. When one is murdered, it’s like evil has penetrated the fortress. How could someone have the supposed virtues that admit them to the kingdom and also commit such an evil act?”

Even the 1991 slaying on a Cambridge street of Mary Joe Frug, a legal scholar only indirectly connected to Harvard (her husband taught at the law school), was molded to this storyline. A year after Frug was stabbed to death by an unknown assailant, a pair of male law students at Harvard wrote a mocking sendup of the article on feminist legal theory that Frug had been working on before she died and which was published posthumously in the Harvard Law Review.

The parody version, attributed to “Mary Doe,” the “Rigor-Mortis Professor of Law,” was laced with tasteless jokes and crude sexual innuendo. It quickly became national news: proof of something rotten at the heart of the Ivy League. Faculty and students denounced the parody, arguing that in its misogyny it constituted “a perpetuation,” in the words of one student, “of the forces that killed Mary Joe Frug.”

Harvard’s role in the slaying at the center of “We Keep the Dead Close” also turns out to be more symbolic than literal. Cooper discovers that the lurid story about the young woman’s death at the hands of her professor had been circulating on campus for years.

Over the course of her research, it became “a gateway into this much larger story about abuses of power of the institution,” she said in a phone interview. “And it wasn’t at all where I expected to go.”

As her book opens, Cooper has graduated from Harvard but is back on campus. She sits in on a class taught by the professor rumored to have committed the crime. By now, she has uncovered the dead woman’s name — Jane Britton — and pored over photographs of her from a dig in Iran. And she has combed through every press report about her killing, which remained unsolved.

It occurred early on Jan. 7, 1969, the day Britton was supposed to take her general exams in archaeology. By the next day, it was front-page news, in some papers bumping reporting on Sirhan Sirhan’s upcoming trial for the assassination of Robert F. Kennedy.

Cooper listens, rapt, to the Harvard professor’s lectures, sifting them for clues. (When the professor, describing an ancient Israeli site where people were buried under their houses, remarks, “the dead are kept close to you,” she jots down the line and circles it in her notebook — surely, it’s suspicious!) She painstakingly recreates Britton’s life, tracking down her friends, her brother, her classmates, her boyfriend at the time and every still-living law enforcement officer who investigated her death.

She acquires Britton’s letters and journals. She files Freedom of Information Act requests with the CIA, FBI, Drug Enforcement Administration, State Department and Defense Department, as well as records requests with the police in Boston and Cambridge and the district attorney’s offices in Middlesex and Sussex counties. She trawls Websleuths, a cold-case site. She even spends a month on a dig in Bulgaria, in emulation of her dead subject.

“We Keep the Dead Close” swells with false leads and red herrings — it’s not much of a spoiler to reveal that the supposedly murderous professor turns out to be innocent of the crime. And here is where Cooper’s book takes a novel, contemporary twist.

Potential suspects fall away, but the notion that Harvard is somehow complicit persists. As the #MeToo movement gathers momentum, friends of Cooper’s start to confide their own experiences of inappropriate behavior by Harvard faculty. She untangles subplots involving allegations of harassment, sexism in tenure battles and other abuses of power, within the anthropology department and the university at large.

“The distance between my world and Jane’s had already become hallucinatorily thin in spots,” she writes, “but the #MeToo movement felt like 1969 had come crashing fully and completely into the present day.”

The story about Jane Britton that Cooper first heard as an undergraduate continues to circulate, she concludes, not because it is true but because of its allegorical import: Bad things happen in academia, especially to women, including at Harvard.

In the end Cooper does learn who killed Britton, but the resolution is marred by the troubling new stories that emerge in its wake — stories that may one day fill another, very different kind of book.

“Because Harvard is older than the U.S. government, in some ways it’s an institution that runs parallel to it,” Cooper said. “It becomes the vessel into which we can funnel all of our imagination about what this ivory tower castle is.”

Harvard may be no better or worse than other institutions confronting similar allegations of abuse that have long gone unaddressed, she said, but its public prominence gives it unusual visibility. As she put it, “Harvard is allowed to function as shorthand, and I don’t think that Harvard’s about to dispel that notion.” 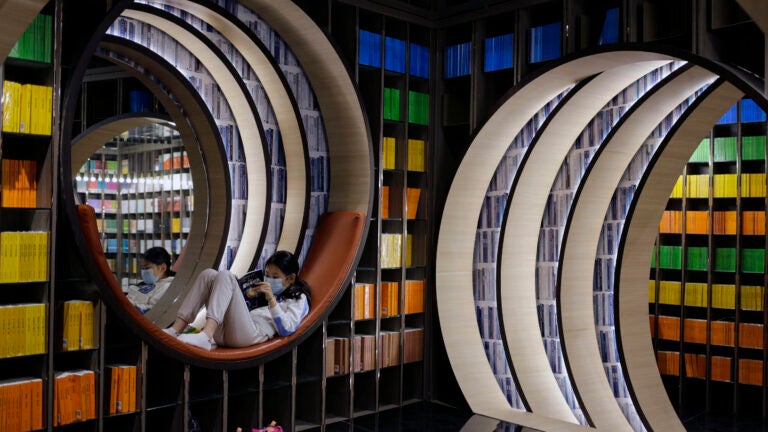