The Salem witch trials are constantly referenced through Quan Barry’s “We Ride Upon Sticks,” the novel being read and explored by the Boston.com Book Club this month.

The novel follows the 1989 Danvers high school field hockey team in their mission to become state champions, chronicling the escapades of the teens on and off the field after they make a pact to the forces of darkness in their determination to reach the finals.

Last week, we asked Boston.com readers to share what they miss about high school as they dove into “We Ride Upon Sticks.” While some said there was “nothing” they miss from those years, other readers recalled notable accomplishments. One reader remembered starting the first girls public school soccer team at Marblehead High School in 1974. Another reader wrote of the “fun aspects” of those years, “I was in the marching band. Saturdays in the fall were full days — practice in the morning, grabbing lunch, games in the afternoon. No games under the lights in those days. Lots of good memories!” This week, we’re asking readers what they have read, watched, or listened to recently that kept them up at night. Got a spooky recommendation? Let us know.

To learn more about the Salem witch trials as we continue reading “We Ride Upon Sticks” and how pop culture draws on the history and legend surrounding the events, Boston.com reached out to Kristin Harris, a historian and host of the podcast “Life After Midnight.” Below, she weighs in on why pop culture keeps returning to the trials and how the historical events still carry lessons today.

This conversation has been lightly edited for clarity and length.

What is it about the Salem witch trials that lends itself so much to fiction and pop culture? What is it that captures the imagination and remains so mysterious and appealing to people so many years later?

Well, firstly, you can look at the history, the lore, and popular culture in the sense of the 17th century too. Even then, magic is something that people talked about. It wasn’t ever something that wasn’t deeply fascinating, and in the case of the Puritans, deeply unsettling. But it is also something that was around people in the 17th century and it was ingrained into the culture. People were using folk magic in the 17th century, and this was a normal part of societal function. Is not the same as the modern sense of witchcraft [which] didn’t really come about until the 1920s … There is this lore of magic use in every single culture in the world for thousands of years, including Salem in 1692, and then you take that and you conflate it with this modern practice, where that modern practice is claiming those things.

So I think it really comes down to people just trying to sort out the history and the popular culture. I think we’re always going to want to sort that out and sort out the differences — sort out what magic and counter-magic meant versus what modern witchcraft means to us now. It’s a reconciling of that, and, [it’s] just human nature to be attracted to the supernatural and the want to either explain it or pin it down or figure it out or be ‘in the know’ with those supernatural things in our culture.

Now you see the modern movement of practicing witches calling back to the Salem witch trials and using that image of persecution and injustice … to push back against harmful societal norms. So I think that is why the witch trials are so useful in popular culture — because it is this community of people that turned against their own … The witch trials can be used to speak to people in their own community that feel like their community is turning against them and is using the extreme in an effort to wrongfully say it’s for order.

There’s a moment in the book when the Danvers team is playing against Salem where the players reflect on the opposing team’s mascot — the witch — and how notable it is in the rarity of female sports mascots. How do you think the symbol of the witch plays into the theme of feminine power as an icon or a symbol?

It goes back to a lot of early accusations of witchcraft — pointing to women as being more easily tempted. I think it also goes back to the modern sense of the usage of the witch — where people are using it as a feminist icon because it represents a time in history where undue blame is being put on women … pushing against patriarchal structure and silencing women. 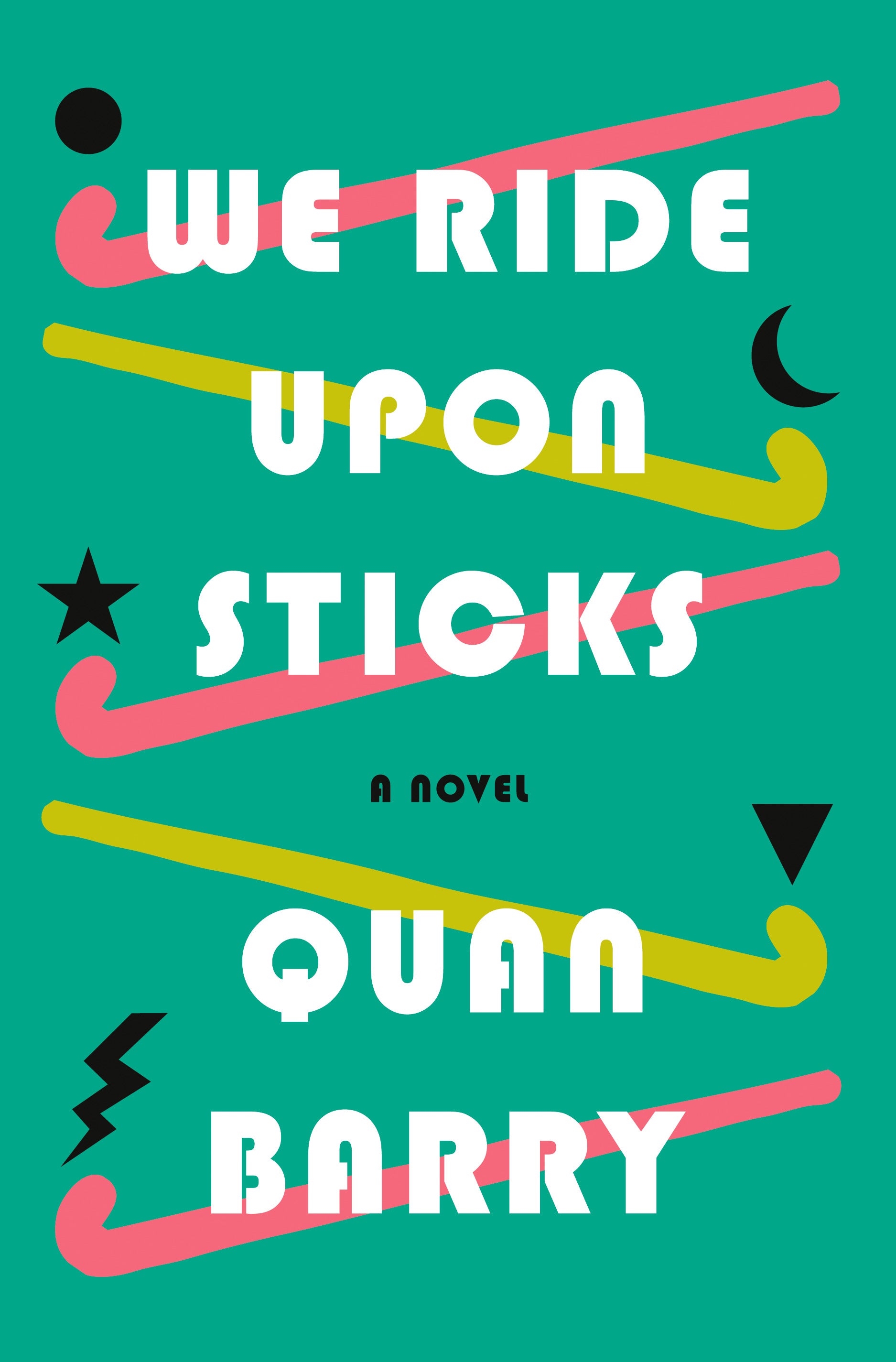 The witch is depicted in popular culture as being this powerful person who can use magic and who can communicate with the supernatural — that attracts us. It’s that idea of power. And the witch in popular culture has been depicted as a woman, for better, for worse. Even though we know that men were accused as well. So I think it’s people taking that and using it for something that is taking that power back.

The first image of the witch in Salem and being used as a public image goes back to 1890 with the Daniel Low & Company; they invented the Salem witch spoon. People were starting to question the history of the witch trials close to the 200-year anniversary, so they came up with this witch spoon that was a witch flying across the moon and the three witch pins on the handle. It was Salem’s first souvenir that really had anything to do with witch tourism. Then that image started being used, and people started calling Salem the Witch City, that early. That’s something that’s been around a lot longer than the popular cultural image of the witch as we know it today.

What do you see as the biggest impact of the Salem witch trials on local culture and communities — to Danvers, Salem, and the North Shore area in particular?

The legacy for Salem in particular — we’re the Halloween capital of the world. And I’ve seen a shift just in the time that I’ve been here where people were pushing back against that at first. And now people seem to be embracing that a lot more and having the conversation, ‘Well, how does the history of the witch trials still fit into that? How can we still give the accurate history and dignity to the people that were executed that they deserve while still embracing Salem’s ongoing connection?’

I think as a town, we’ve embraced that while also wanting to give dignity to the real history of the witch trials.

Do you have a favorite book, movie, play, painting that is connected to the trials?

“How to Hang a Witch” by Adriana Mather. It’s really great. She was like, ‘I found out I was a descendant of Cotton Mather, and then I got interested and then I wrote a book about it.’ It’s just that self-fulfilling prophecy of just how connected people all over the world are to the Salem witch trials.

The best resource for anyone, and one of my favorite resources, is the Salem Witch Trials Documentary Archive from the University of Virginia. [It] was put together by a professor there named Benjamin Ray, who also wrote a book called “Satan and Salem.“ The website [is] just a wealth of information. 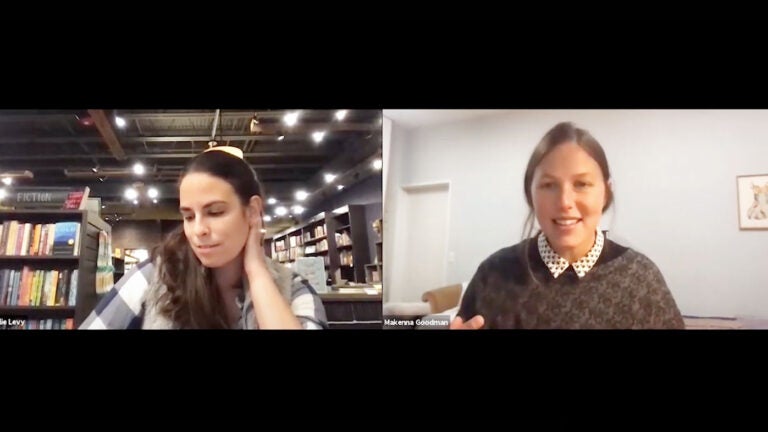 6 takeaways from ‘The Shame’ discussion with author Makenna Goodman