Author Karen McManus knew she wanted to be a writer since she was 8 years old, but it wasn’t until 2014 that her dreams truly took flight. She was on a business trip and found herself with nothing to read, so she quickly stopped into a bookstore and bought the first title she saw: “The Hunger Games.” “It’s so strange to me now to think that I could’ve so easily not have read that book, because it really did change my life,” says McManus. “So that is a butterfly effect with really big wings, in that, it changed everything.”

This idea of the butterfly effect, which is the theory that one minor change can cause a drastically different outcome, pulses below the surface of “The Cousins,” a thriller that weaves an intricate web of secrets and disguises surrounding a prominent New England family with the surname Story. It follows the experience of three cousins—Milly, Aubrey, and Jonah Story—who uncover dark family secrets when they’re invited to spend the summer with the wealthy, reclusive grandmother they’ve never met and who has also cut off their parents for decades with no warning or explanation. When readers learn the real reason why the second generation of Storys was pushed away, the butterfly effect is in full force as we notice how the choice to act (or not to act), no matter how small, entangles the characters in situations that will change their lives.

We spoke with McManus ahead of her Jan. 7 live discussion with the Boston.com Book Club about the intricacies of the novel and how she approaches her craft.

What inspired you to write ‘The Cousins?’

How do you go about crafting your novels?

I’m character first…I tend to come up with a hooky idea, like family legacy interrupted or “Breakfast Club” with murder, but I don’t know what that means until I hone in on the characters. I spend a lot of time on them and I think about what type of people would be involved in this situation. What do they want? What do they need? Are those things in conflict and what do they need to learn in this journey I’m going to send them on? When I have a sense of that, I can start getting into the nitty-gritty of the plot. 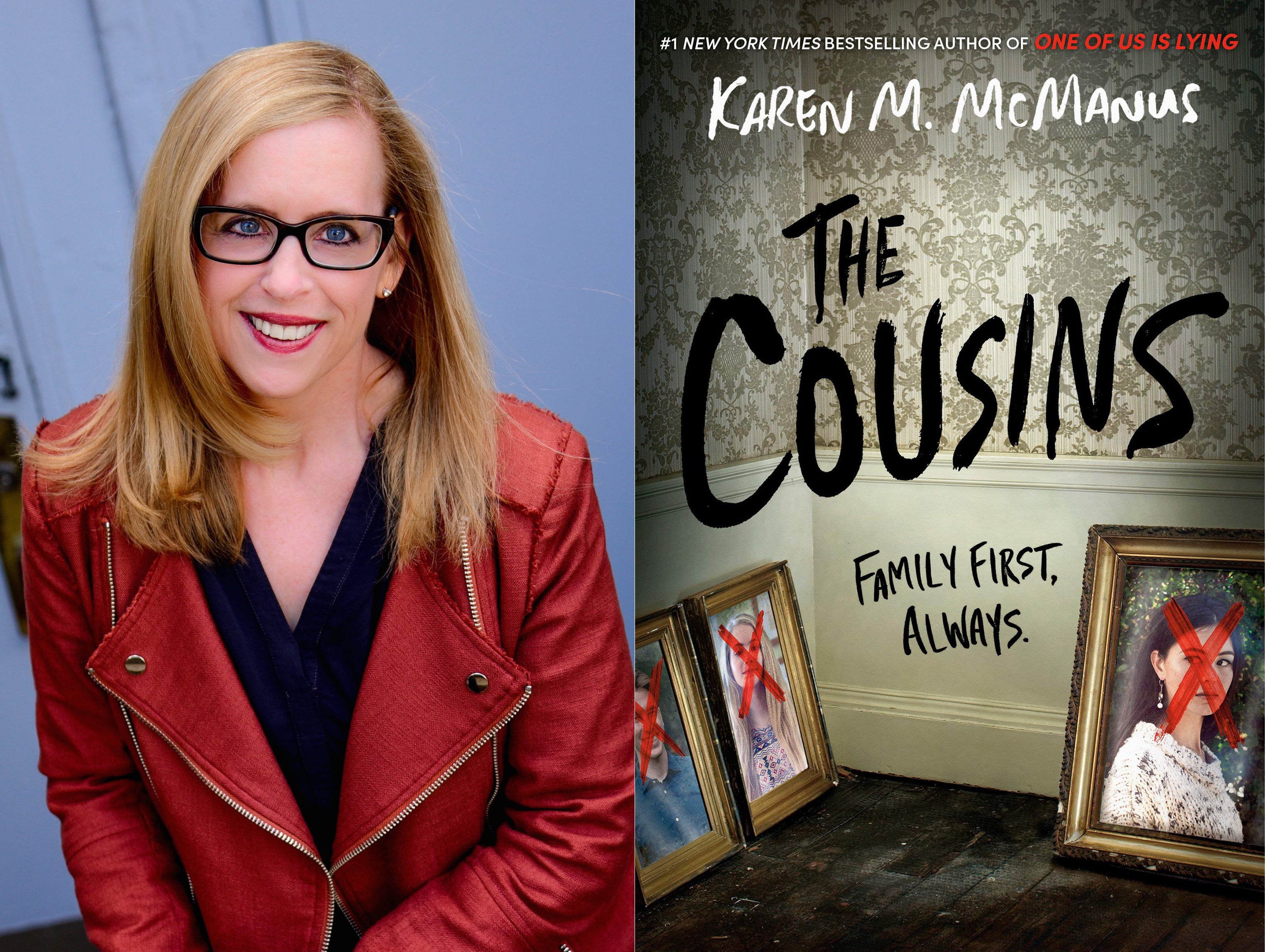 “The Cousins” by Karen M. McManus.

You switch narration perspectives between the three cousins in present time, but also jump back and do concurrent chapters from Allison’s (Millie’s mother) point of view. What made you decide to include this perspective from the past and also omit chapters from the other brothers set in the past?

It’s funny, actually, because I had not initially intended to include the second generation at all. I was only going to include the cousins but…I felt that something was missing. I thought, if I’m going to ask readers to invest in this entire family and care about this entire family and not just these three, I need to bring the second generation in. My first thought was that I’d do all of the Story siblings. I wrote two pages from Adam’s perspective and I thought, “I don’t want to be in his head.” It’s not an interesting place because Adam is not interested in anyone but himself…I decided I had to pick a representative for the second generation who could hold their own with the cousins, who could have some element of a sympathetic character, but also isn’t entirely someone you trust instantly. So they too go on somewhat of a character journey.

How does the setting on a small close-knit island impact the novel’s prominent themes of secrets and disguise?

The setting is a big part of that. I love mysteries set on islands…It is very much a fish bowl environment, so for these characters that have never been there before, but who are well known within the community. It instantly makes them recognizable in a way that makes them very self conscious and very focused on their family and the questions that they have. It raises the stakes.

Another standout motif was the practice of being passive—the idea of not doing enough and allowing things to happen. Aubrey is the most passive, and even Archer, but both end up becoming central to the climax. What’s the dichotomy between passive and active characters and what that does to propel the plot?

Millie is a very active character. Jonah is also an active character, but to a lesser extent—in some ways, he waits for things to happen, too. Active characters are wonderful because they move the plot forward in a really compelling way, but they don’t always have as much room for growth. Aubrey, on the other hand, who is holding a lot back and is slowing down the plot sometimes because there are some things she doesn’t want to face or doesn’t want to talk about or doesn’t want to address, has to really take the opportunity to see how her behavior is affecting her life. How she wants to be and who she wants to be. When you get to that climactic moment toward the end where Aubrey has to make choices and has to really push out of her comfort zone to discover the truth, that’s a big character moment for her.

Why do you think we, as humans, hold on to so many secrets?

It’s so interesting, isn’t it? I feel like it’s a very human thing both to want to know other people’s secrets and to feel perfectly justified in keeping our own. I think part of that is because we know the full truth of why we’re keeping something to ourselves and we know all of the different facets of that. It’s very difficult to know all of those facets for somebody else, and we want to know all of those facets—especially for the people whose lives touch on ours in a meaningful way. That search for the truth is a very natural and compelling one, but sometimes it’s hard to reconcile with the fact that we ourselves don’t want to be investigated that deeply.

How to join the live author event with Karen M. McManus

Have you ever made a small change in the past that ended up making a big impact in your life? Let us know what your butterfly effect is in the survey below or by e-mailing [email protected]. We’ll share your responses in an upcoming Boston.com article. 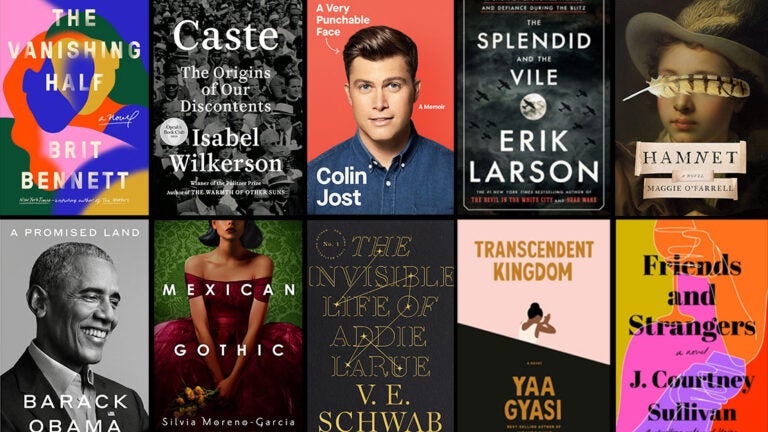 We asked for your favorite new books in 2020. You answered.