You might know Paul Swydan as one of the regular voices of the Book Club. He’s responsible for helping select our featured titles each month as well as introducing each new read. But that’s not all the book buff is up to.

Swydan is an editor and writer, primarily focused on sports, and owner of The Silver Unicorn Bookstore in Acton, which he opened in 2018 after the closure of the town’s beloved Willow Books.

“Entrepreneurship is in my blood,” he said. “Both my parents and multiple other members of my family have owned their own businesses. So at some point in the summer of 2017, the idea of opening the store stuck in my head and stayed there. I ended up taking a boot camp on how to own a store that August, and I was on my way.”

The best part of his bookstore gig? The people. “We try to get to know everyone, like ‘Cheers’ without the booze,” said Swydan. He believes bookstores — even more than other small businesses — are centering places for the community. People can connect with one another during events or strike up a conversation while reaching for the spine of the same new novel. Swydan enjoys getting to know his customers over time, learning enough about them to recommend the perfect book. “If I put a good book in someone’s hands, and they get excited about it, there’s no better feeling,” said the bookseller.

As for his own reading habits, Swydan loves fiction first and foremost. “I love a good story,” he said. “I tend to gravitate toward everything other than adult, so-called literary fiction (though I will read that too), sci-fi, fantasy, young adult, middle grade, mystery, romance, all of that is my wheelhouse.” And, given his sports writing career at outlets like FanGraphs Baseball (Swydan also wrote for Boston.com and Boston Globe), his status as a “die-hard Patriots fan since before the 1-15 1990 season,” he’ll never pass up a good sports book either, including our most recent Book Club pick, “It’s Better to be Feared.”

Written by senior ESPN sports writer Seth Wickersham, the book delves into the complexities of the Patriots’ legacy, the relationship between Tom Brady and Bill Belichick as well as the price of true greatness in the pro sports world. “What struck me most about Seth’s book is his knack for knowing which parts of the history of this dynasty needed to be drilled down on and which did not,” said Swydan. “So often, sports books get bogged down in inconsequential details.” The bookseller also appreciated how astutely the author captured the 20-year timeframe of the book, hitting hard on the points that matter without forcing in fun facts or side stories just for the sake of appearing in the know.

Though it’s a bit of a different animal than a typical memoir or other nonfiction title, Swydan underscores that books about sports still must draw in the reader and immerse them in the subject. But it’s not always easy, since the bulk of sports writing typically manifests in newspapers and certain magazines, not so much between two covers. “The challenge in going from a six-page magazine article to a 300- to 400-page book is whether the subject is truly worthy of such a deep dive,” said the bookseller. “Most sports subjects are not, and so a lot of books, particularly sports bios, end up being padded with multiple mentions of the same info.”

Though he made the jump from writer/editor to bookstore owner, Swydan wouldn’t recommend a career in the field unless you’re a true lover of literature. And if you are sure that you’d like to make your work interacting with your community and hand selecting reads for customers (which sounds pretty great to us), then you should always start at your neighborhood store. “It’s a difficult profession to make a fortune in, so I wouldn’t recommend it unless it’s something you know you’ll love,” he says. “But if it sounds like your bag, don’t be shy, just head into your nearest indie and see if they’re hiring!”

Whether reading and interacting with books is your full time job or a favorite hobby, Swydan thinks we as humans are drawn to reading because some stories, both fiction and nonfiction, are just better told in book form, where the reader can interact with it hands on.

“There is just something immensely satisfying about the physical turning of pages and the feeling of satisfaction one gets with finishing a book that you simply do not get with any other form of media.”

Publisher Liveright is raffling off 10 free copies of “It’s Better to Be Feared” to Boston.com readers. RSVP to the event and submit a discussion question for your chance to win! (Open to U.S. or Canada residents only.) 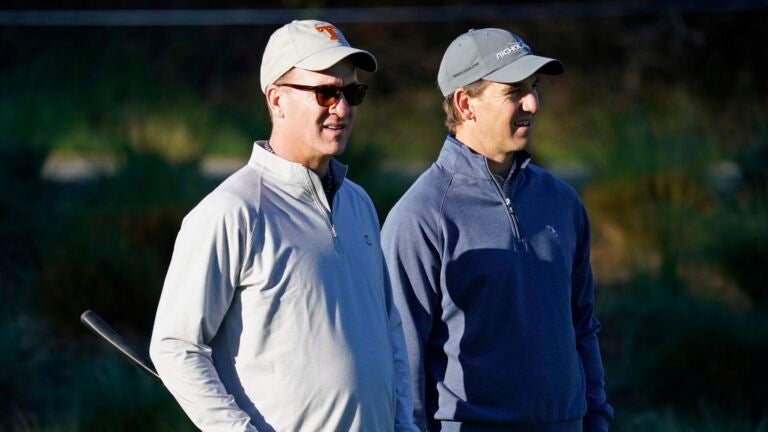