Editor’s note: Hillary Chute will moderate an online discussion on “Time and Graphic Memoir” with cartoonist and graphic novelist Alison Bechdel, author of “Fun Home,” on Tuesday, Feb. 8, at 6 p.m.

“I didn’t think, ever, that I would specialize in comics for a scholarly career until I read ‘Maus,’” says Chute, a Distinguished Professor of English and Art & Design at Northeastern University who’s written numerous books on the comics art form — and edited one, due in November, called “Maus Now,” analyzing the far-reaching impacts of Spiegelman’s Pulitzer Prize-winning, seminal work.

So when news broke of a school board in Tennessee banning the Holocaust graphic novel from its curriculum last week, citing language and its depiction of a naked woman (actually drawn as a mouse), she was troubled — but not especially shocked.

“I was surprised because it’s so ridiculous and the reasons given were so specious,” she says, “but in some ways I wasn’t surprised, because ‘Maus’ has always been a lightning rod.

“I think part of the reason it’s always been a lightning rod, and part of the reason it was targeted [in Tennessee], is because its central suggestion is that the past isn’t past,” Chute explains, citing the ways “moments from the 1940s and moments from the 1970s and ’80s collide” in the book — like the famous scene in which Spiegelman shows himself drawing in his Soho studio on top of a pile of dead bodies from a death camp in Poland.

“So I can see why that would be an argument that is terrifying to people who want to deny that history happened, the way it happened, and so, in some ways I wasn’t surprised,” she says.

It’s the graphic novel genre’s very structure — the way comics make use of visual allegories that allow readers to fill in the spaces “between the panels” themselves — that makes it particularly frightening to some, Chute says.

“I think the graphic [format] has everything to do with it,” she says. “I read the minutes of the school board, and someone who was arguing to ban the book said, ‘This book shows images of people hanging — do we want to promote that?’ And I thought that was such a telling comment, because the book is not in any way promoting the violence that it chronicles.

“It’s not suggesting that people go out and hang other people. What it’s doing is it’s acknowledging the horrors of history,” Chute says. “And it’s suggesting that those horrors are not that far in the past, and in fact they may loom in front of us in the present.”

The image in question — which shows Polish Jews (depicted as mice) hanged on a public street  — is large and powerful, Chute acknowledges. “It’s a very, very striking and very upsetting image,” she says. “But it’s not there in order to sensationalize what happened; it’s there in order to allow the reader to confront the facts of history.”

Interestingly, it’s that very image that turned up in an episode of “The Handmaid’s Tale,” the Hulu adaptation of Margaret Atwood’s novel, in which women are oppressed by a religious autocracy in a dystopian future United States. (And in Massachusetts, in particular.)

“There’s this weird moment in which an enslaver in this theocratic near-future society … owns ‘Maus,’ and an enslaved woman risks having her finger chopped off to look at a page of ‘Maus,’” Chute explains. “And I thought, what is ‘Maus,’ published in 1986, doing on this science fiction, future-dystopia TV show? And I was talking to Art [Spiegelman] about it, and he was saying, maybe it’s because in some ways people could interpret it as a playbook for fascism, because it attends to detail that closely.”

Chute thinks what makes the book so disturbing to some — like the Tennessee school board members who voted to ban it — is exactly what makes it so important.

“It shows us not just the masses of people who are killed, but it tells us about their families, about their names, about their experiences,” she says. “And in that way, in individuating victims, I think it’s a text that’s trying to resist the fascist impulse, and it’s showing us how it works in order to push back very, very strongly against it.”

Listen to the full interview with Chute — including a discussion of the rise of comics in popular culture and the shift in “adult” comics from underground to the mainstream — on “Strip Search: The Comic Strip Podcast,” below: 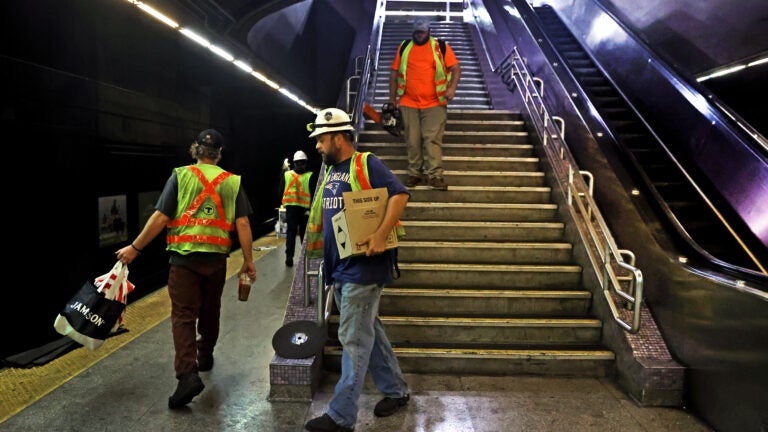