It’s tempting to imagine that evil is clear and tangible, that it can be easily smothered and the world made safe. Unfortunately, things are rarely so simple. Good and evil can be complicated, even intertwined. As Nietzsche warned, one must be careful when fighting monsters not to become one.

In the world of “Our Missing Hearts,” by “Little Fires Everywhere” author Celeste Ng, America, following some of today’s political inclinations to their most dire ends, has become rigid and paranoid, with those in power frantically attempting to suppress voices of dissent or free thought. But in this novel, as in life, a state of intense repression will lead inexorably to an explosion.

The novel opens several years after Bird Gardner’s mother, Margaret, abruptly walked out of her son’s life. Her departure has haunted Bird ever since. Now living a peaceful, if very cautious existence with his father, 12-year-old Bird receives a mysterious letter: a page covered with cat doodles. He wonders whether it’s from his mother and begins to revisit the questions that once haunted him. With this unexpected summons, Bird begins to realize he is no longer content to follow the careful instructions of his teachers and father: to keep quiet and avoid drawing attention to himself – especially to his face, which echoes that of his Chinese American mother.

The America of “Our Missing Hearts” is obsessively preoccupied with perceived threats from outsiders and “others” – from China in particular. Hypervigilant colleagues and neighbors report each other for supposedly subversive activities. Children are frequently taken from their family and placed with fosters as a form of “protection” and to ensure compliance and silence from terrified parents. Bird’s father, who stopped teaching to take a lower-profile position in a library, lives with the daily fear of losing his son. He will do anything to keep what’s left of his family intact.

Up to this point, Bird has followed his father’s lead, both of them quietly complying with the authoritarian state, trying to stay under the radar, hoping that by passing as a White-ish child, Bird will be safe. But “Our Missing Hearts” makes clear such a strategy results in a double betrayal – of one’s community as well as of oneself. Bird witnesses acts of casual, public violence against the vulnerable and the elderly, anyone who isn’t able to hide, and he begins to understand the importance of speaking up for those who can’t speak for themselves – that silence is in fact complicity.

Working in the tradition of “The Handmaid’s Tale” and “1984,” “Our Missing Hearts” is at its core a parable about the wages of fear, how it can lead to bigotry, racism and institutionalized hatred. Painted with broad strokes, it’s also reminiscent of works like “The Old Man and the Sea” – with its elevated, mythic quality – and it can seem a little message-driven at times. But this is a function of its oracular style – the broad, slightly abstracted tone of a truth-teller – depicting the workings of control and domination throughout a culture and a nation.

Bird embarks on an epic adventure to hunt for Margaret. The writing tightens with suspense as new questions arise about whom he’ll encounter and what he’ll learn about his missing mother. Bits of the mystery are answered through Margaret’s backstory, delivered in the second half of the book, which reveals that not all heroes are born heroic. The daughter of Chinese immigrants, she was instructed by her parents to play it safe through aphorisms like “The nail that sticks up gets hammered down.” Within Margaret’s section is an especially beautiful tribute to the Russian poet Anna Akhmatova, whose work was censored and who serves as a source of inspiration to those who never expected to resist. “At dawn she touched a match to the paper and reduced her words to ash,” Margaret says of the poet. “Over the years her words repeated this cycle – resurrection in the darkness, death at first light – until eventually their lives were inscribed in flame.”

An intriguing and multifaceted character, Margaret writes poetry, which inadvertently becomes a touchstone for the resistance movement. The notion of the accidental warrior is one of the many generous and compassionate aspects of Ng’s story – the idea that there is something brave in everyone – if only it can be reached. In this novel, both mother and son are called upon to look within themselves and connect with their deepest reserves of strength.

Bird’s voyage is bold and inspiring as he discovers the possibilities of art. In so doing, he learns unpleasant truths about the nature of the world, but he also comes into his power. Unintentional or deliberate, being a freedom fighter isn’t easy, but Bird perseveres and grows in the process. Faced with the choice between quietude and resistance, he quickly learns that a life of submission is no life at all.

Diana Abu-Jaber is the author of “Birds of Paradise” and “Origin.” Her most recent book is the culinary memoir “Life Without a Recipe.” 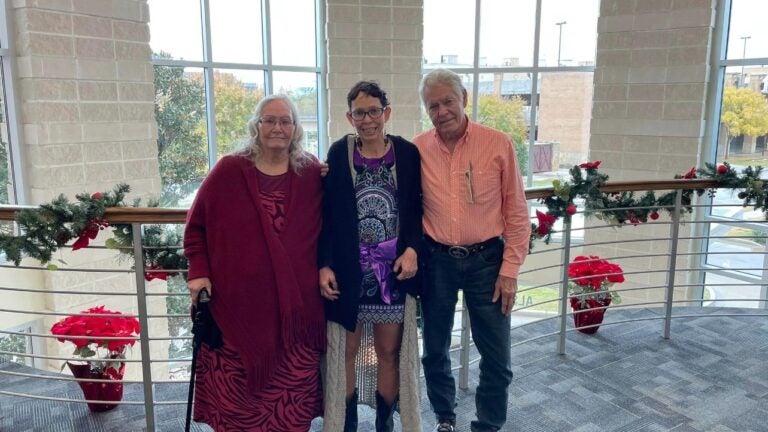