The Boston Marathon route is gray this time of year, the event falling too early in the season for runners to enjoy peak spring flowers. But thanks to one local gardener, participants and spectators alike can expect at least a little bit of color along the roads.

Diane Valle is an urban horticulturist and the founder of Marathon Daffodils, a charity that planted and now maintains over 130,000 daffodils along the marathon route in Greater Boston. Valle’s charity got its start two years ago when she decided to participate in Boston Strong volunteer work in the best way she knew how: with flowers.

Marathon Daffodils was not Valle’s first run at a beautification of Boston. In 2013, just one day before the Marathon Bombings, Valle and her horticultural organization Friends of The North Parks hosted “Daffodil Day” on the Rose Kennedy Greenway, a community festival to commemorate the start of spring. The celebration drew in crowds of folks who were in town for the race, and according to Valle, they responded positively to the flowers. 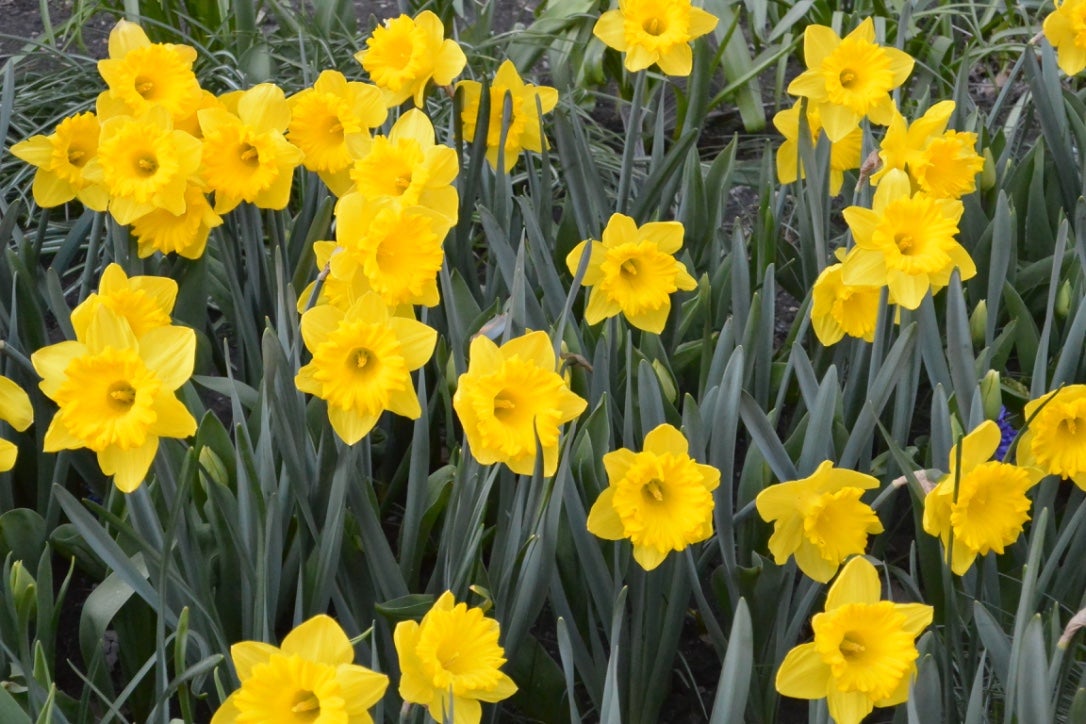 It was that response that inspired Valle to plant daffodils to honor Boston Strong. So in the fall of 2013, Valle teamed up with local horticultural organizations, garden clubs, and volunteers to plant 100,000+ daffodil bulbs along the 26.2 mile path from Hopkinton to downtown Boston. Those bulbs would sprout and bloom in April of the following year, just in time for the first Marathon since the attacks on Boston. And because daffodils are perennials, Marathon Daffodils’s efforts are lasting; the flowers re-bloom every spring, Valle said.

But not every road on the Marathon route is conducive to planted daffodils; once the path enters downtown Boston, green space is sparse. So Valle devised a plan to place potted flowers along Boylston Street, continuing the path of flowers until the finish line. This part of Marathon Daffodils’s operation must, of course, be recreated yearly. 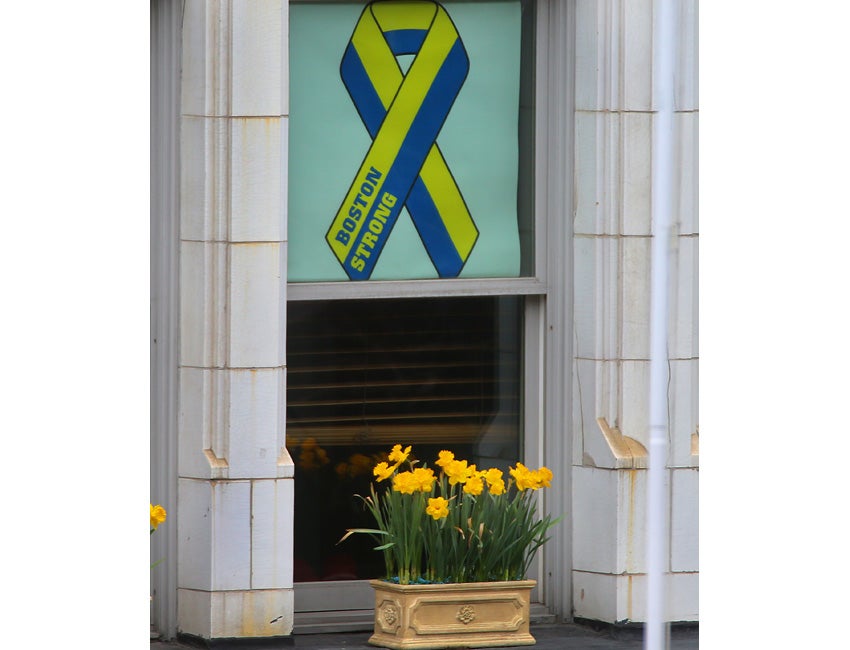 This year, the Massachusetts Flower Growers Association and the Massachusetts Nursery and Landscape Association helped grow the flowers, which will be delivered to Boylston Street with the help of local landscapers and garden centers. In the past, volunteers from New Balance and Ropes & Gray law firm—both of which have offices on Boylston Street and were affected by the blasts—have assisted in the operation. All in all, Valle said, Marathon Daffodils is “a true community-based event.”

On Friday, April 15, volunteers will help Valle place potted flowers along Boylston Street in time for the arrival of the marathoners, most of whom get into town the Friday before race day, according to Valle. Though the project won’t take long, she said. Based on the amount of volunteers who have shown up in the past, Valle expects hundreds of volunteers to show up and assist her in decorating the storefronts. 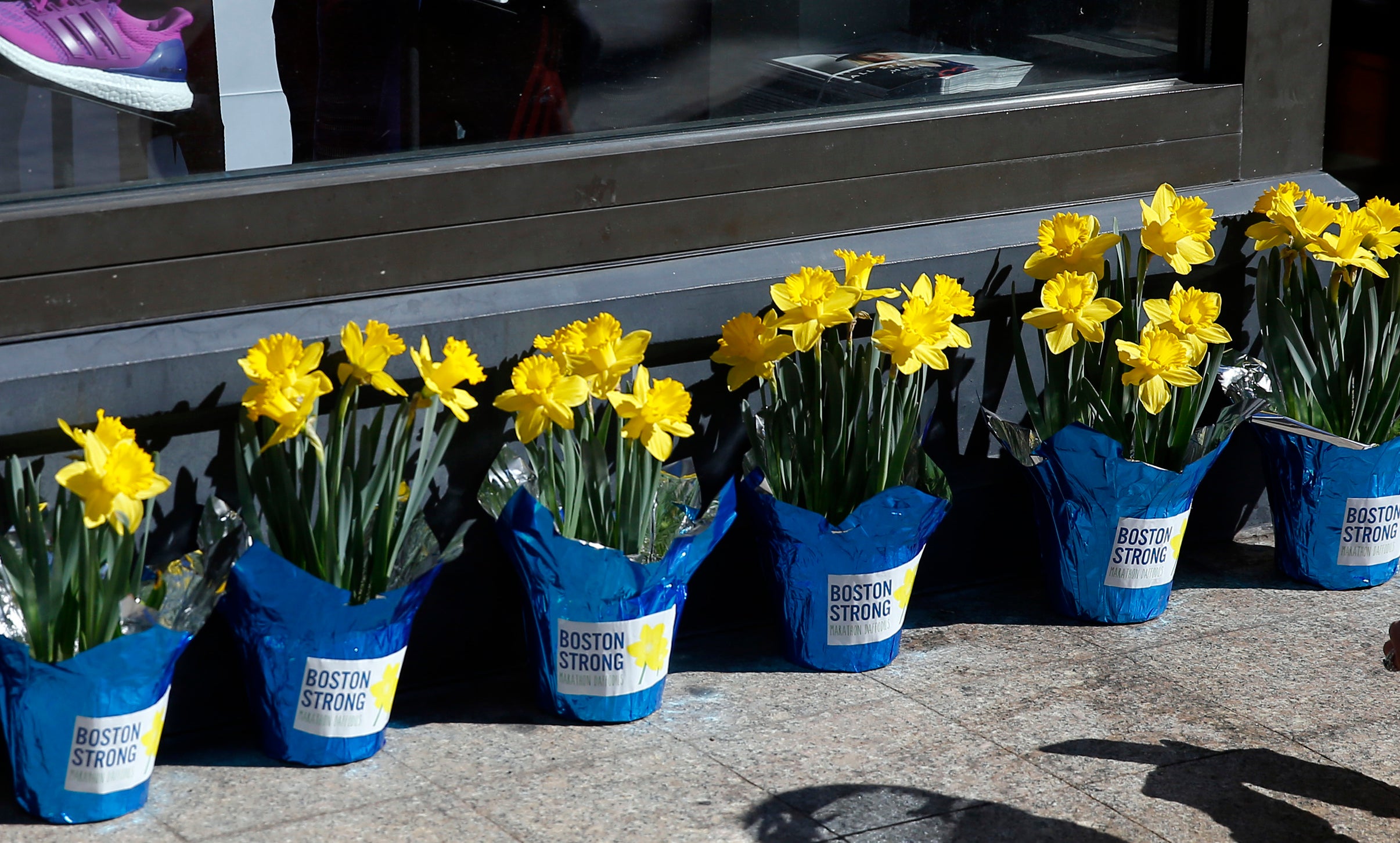 What happened with the lost buses to the Boston Marathon