NEW HAVEN, Conn. (AP) — A brutalist-style structure that was designed by famed architect Marcel Breuer and has sat vacant along Interstate 95 for over a decade may soon see new life as a hotel.

Swedish home furnishings giant Ikea, which owns the property, is seeking approval from New Haven’s City Plan Commission to repurpose the building as a 165-room hotel.

The concrete building is composed of two sections, with an office block elevated above the lower floors by massive pillars. It was built in the late 1960s as the headquarters for the Armstrong Rubber Co., which later solid it to the Pirelli tire company. After acquiring the property in 2003 Ikea built its outlet on an adjacent plot but it has hung a huge banner ad from its roof to advertise chairs or desks sold at the store.

In a letter to the planning commission, Ikea said the expectation is “that the building will become an attractive purchase opportunity as a hotel,” the New Haven Register reported . It said the plan would help meet the city’s need for new hotel rooms and rejuvenate an architecturally significant building at a gateway to the city center.

The site plan documents do not identify a potential hotel operator. An Ikea spokeswoman said the company has not announced any new plans for the building and did not have any further information to share.

City officials have been discussing different ideas for use of the site with Ikea for several years, said Matthew Nemerson, the city’s economic development administrator. For now, he said, Ikea is only talking about parking and zoning changes that might be needed to accommodate a new use for the building.

“While we are excited we don’t want to put any pressure on them,” Nemerson said. “We’re very happy they are talking to developers.”

Works by Breuer, Hungarian-born architect, have seen a resurgence of interest and Nemerson said he has heard a range of creative ideas for the New Haven building, including installing glass around the outside of the “missing” third floor to create new space possibly for a restaurant.

“It’s always been a billboard. It could be something creative that captures people’s attention,” Nemerson said. 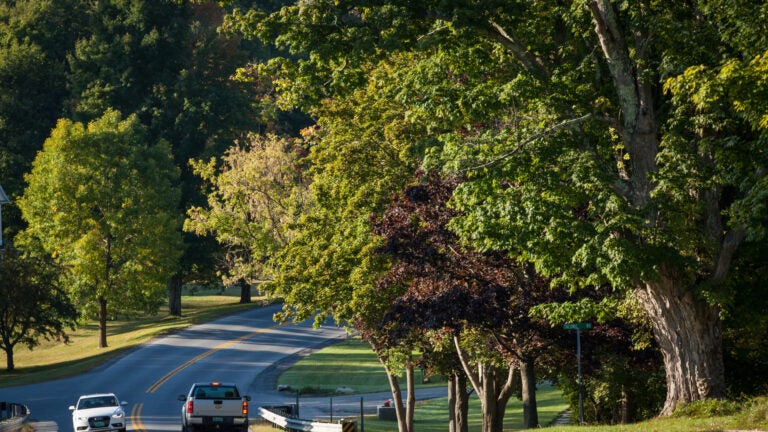 Vermont has the best date-night restaurant in America, according to Tripadvisor