LOS ANGELES — Esther Williams, a swimming champion turned actress who starred in glittering and aquatic Technicolor musicals of the 1940s and 1950s, has died. She was 91.

Following in the footsteps of Sonja Henie, who went from skating champion to movie star, Ms. Williams became one of Hollywood’s biggest moneymakers, appearing in spectacular swimsuit numbers that capitalized on her wholesome beauty and perfect figure.

Such films as “Easy to Wed,’’ “Neptune’s Daughter,’’ and “Dangerous When Wet’’ followed a formula: romance, music, a bit of comedy, and a flimsy plot that provided excuses to get Ms. Williams into the water.

When hard times signaled the end of costly musicals in the 1950s, Ms. Williams tried nonswimming roles with little success. After her 1962 marriage to Fernando Lamas, her costar in ‘‘Dangerous When Wet,’’ she retired from public life.

She explained: ‘‘A really terrific guy comes along and says, ‘I wish you’d stay home and be my wife,’ and that’s the most logical thing in the world for a Latin. And I loved being a Latin wife: You get treated very well. There’s a lot of attention in return for that sacrifice.’’

She came to films after winning 100-meter freestyle and other races at the 1939 national championships and appearing at the San Francisco World’s Fair’s swimming exhibition.

As with Judy Garland, Donna Reed, and other stars, Ms. Williams was introduced in one of Mickey Rooney’s Andy Hardy films, ‘‘Andy Hardy’s Double Life’’ (1942).

She also played a small role in ‘‘A Guy Named Joe’’ before ‘‘Bathing Beauty’’ in 1944 began the string of immensely popular musical spectaculars.

Among them: ‘‘Thrill of a Romance,’’ “Fiesta,’’ “This Time for Keeps,’’ “On an Island with You,’’ “Take Me out to the Ballgame,’’“Skirts Ahoy,’’ “Million Dollar Mermaid’’ (as Annette Kellerman, an earlier swimming champion turned entertainer), “Easy to Love,’’ and “Jupiter’s Darling.’’

Ms. Williams in a bathing suit became a favorite pinup of GIs in World War II, and popularity continued afterward. She was a refreshing presence among MGM’s stellar gallery: warm, breezy, with a frankness and self-deprecating humor that delighted interviewers.

She laughed as much as anyone over an assessment by Fanny Brice, the original ‘‘Funny Girl’’: ‘‘Esther Williams? Wet, she’s a star. Dry, she ain’t.’’

After leaving MGM, she starred in two Universal dramatic films, ‘‘The Unguarded Moment’’ and ‘‘Raw Wind in Eden.’’ In 1961, Lamas directed her last film, ‘‘The Magic Fountain,’’ in Spain.

She titled her autobiography, published in 1999, ‘‘The Million Dollar Mermaid.’’

Esther Jane Williams grew up destined for a career in athletics. She was born in Inglewood, a suburb of Los Angeles, one of five children.

A public pool was not far from the modest home where Ms. Williams grew up.

When she was in her teens, the Los Angeles Athletic Club offered to train her four hours a day, aiming for the 1940 Olympic Games at Helsinki. In 1939, she won the Women’s Outdoor Nationals title in the 100-meter freestyle, set a record in the 100-meter breaststroke, and was a part of several winning relay teams. But the outbreak of war in Europe that year canceled the 1940 Olympics, and Ms. Williams dropped out of competition to earn a living.

She was selling clothes in a department store when showman Billy Rose tapped her for a bathing beauty job at the World’s Fair in San Francisco.

While there, she was spotted by an MGM producer and an agent. She laughed at the suggestion she do films that would popularize swimming, as Henie had done with ice skating.

‘‘Frankly I didn’t get it,’’ she recalled. ‘‘If they had asked me to do some swimming scenes for a star, that would have made sense to me. But to ask me to act was sheer insanity.’’

She finally agreed to visit MGM boss Louis B. Mayer and recalled that she took the job after her mother told her: ‘‘No one can avoid a challenge in life without breeding regret, and regret is the arsenic of life.’’

Before her fame she was married briefly to a medical student. In 1945 she wed Ben Gage, a radio announcer, and they had three children, Benjamin, Kimball, and Susan. They divorced in 1958.

After Lamas’s death in 1982, Ms. Williams regained the spotlight. Having popularized synchronized swimming in her movies, she was cohost of the event on television at the 1984 Olympic Games in Los Angeles. She issued a video teaching children how to swim and sponsored a line of swimsuits.

‘‘I’ve been a lucky lady,’’ she said in 1984
. ‘‘I’ve had three exciting careers. Before films, I had the experience of competitive swimming, with the incredible fun of winning. . . . I had a movie career with all theglamour that goes with it. That was ego-fulfilling, but it was like the meringue on the pie. My marriage with Fernando — that was the filling, that was the apple in the pie.’’ 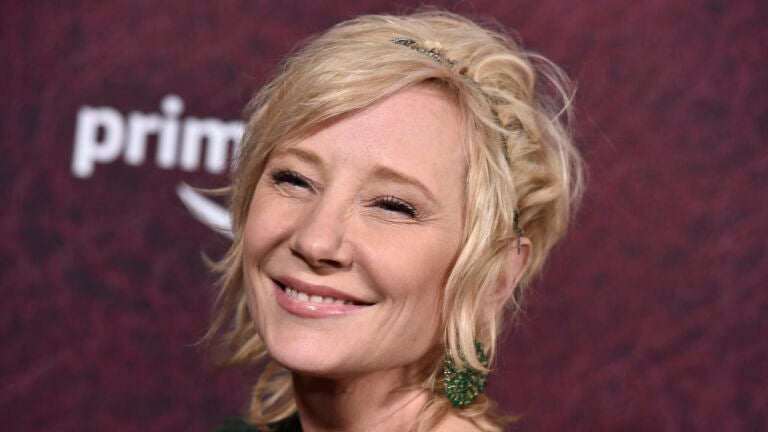