“I’d been getting lightheaded on set and having headaches,” Menounos told People. “My speech had gotten slurred and I was having difficulty reading the teleprompter.”

According to the publication, an MRI revealed that Menounos had “a golf-ball-size meningioma brain tumor that was pushing on her facial nerves.” All of this was discovered while Menounos was caring for her mother, who is battling stage 4 brain cancer.

“I didn’t cry. I actually laughed,” Menounos told the publication. “It’s so surreal and crazy and unbelievable that my mom has a brain tumor—and now I have one too?”

Menounos told People that while she’s still healing from the seven-hour procedure, her surgeon was able to remove 99.9 percent of the tumor, which was benign. She said there’s “a six to seven percent chance” the tumor could return.

“I don’t have my balance fully yet but as long as I’m holding on to Keven, I’m sturdy and fine,” Menounos said, referring to her fiancé, Keven Undergaro, who popped the question in March after 19 years of dating. “My face is still numb. This is something that takes at least a month of healing, but I’m getting stronger and stronger every day and I’ll be back to normal very soon.”

Late Monday morning, Menounos posted a photo of herself and her mother on Instagram, thanking well wishers for their prayers and support.

“I want you all to know that I’m ok!,” Menounos wrote in the photo caption. “Seriously I’m recovering well and should be as good as new very very soon! Luckily I don’t need any further treatments but I can’t say the same about my mom. So please keep her in your prayers.”

First I wanna say thank you all for the well wishes, prayers and support. It’s been a crazy time here in our home. I want you all to know that I’m ok! Seriously I’m recovering well and should be as good as new very very soon! Luckily I don’t need any further treatments but I can’t say the same about my mom. So please keep her in your prayers. I also want to thank @people for allowing me to share my story. @juliejordanc & @mrjesscagle THANK YOU’ Next-I need to thank everyone at @cedarssinai everyone there has been amazing. Most people want to rush out of the hospital to get home I kept saying I’ve never been treated kinder. I cried like a baby saying goodbye to the amazing nurses who took such good care of me. God bless nurses! I of course need to thank dr black and dr Chu for performing an amazing surgery and giving me the best bday gift ever-my health. And lastly, god has blessed me in so many ways but this too was a blessing. I got to hear what I have meant to my friends and family-it’s been quite moving for me. I want thank all of my incredible friends, family and even strangers who have shown me and my family such kindness. @alyssawallerce Thank you for being with me every step of the way. I couldn’t have done it without you. @iamjoegear You too! And to @undergaro the best nurse in the world..you never left the hospital and slept by my side there. you are my everything and I’m so thankful to you. You and dad have really been incredible to mom and me. You both have inspired me. I’ve never been more excited about life. I see so much so clearly. Will share more with all of you soon! Xo

E! News also announced Monday morning that Menounos was resigning from her position as a news anchor at the network.

“I am so grateful for the past three years at E!. I had such an amazing time co-hosting with Jason Kennedy and working everyday with the wonderful roster of talent on the show including producers, staff and crew,” Menounos said in a press release, as reported by the network. “It was such a special, good-hearted group and one I’ll always consider family.” 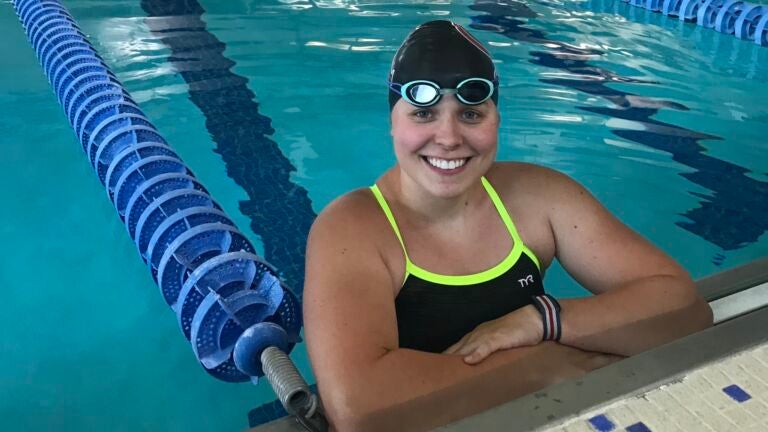 After 2 amputations and a pandemic, Morgan Stickney is headed to Tokyo