Fifteen years ago, Gisele Bündchen was stormed by animal rights protesters while walking the catwalk at a fashion show. Bündchen, who was then the spokesmodel for a fur designer, said after the show that the protest was misguided.

“I’m the biggest animal lover in the world,” she told reporters at the time. Bündchen later told Vanity Fair that she regretted her fur endorsement and even sent PETA an apology letter.

Now, she’s making it as clear as possible which side she’s on, as the cover model of the August issue of Vogue Paris.

For August, we’re celebrating our furry friends with an issue dedicated to animals. With Gisele on the cover shot by Inez & Vinoodh and styled by Emmanuelle Alt, we explore the best fake fur and chat to pioneer of eco fashion, Stella McCartney. Out July 21. @gisele @emmanuellealt @inezandvinoodh #giselebundchen #emmanuellealt #inezandvinoodh

The issue is dedicated to animals, and explores “the best fake fur” and “eco fashion.” Dressed in fake fur, Bündchen appears to be holding a baby kangaroo in the cover shot.

“So happy that @vogueparis dedicated this issue to animal protection, sending a strong message that wearing real fur is never an option!! All great designers now do beautiful #fakefur,” she wrote on her own Instagram account.

The supermodel and self-described animal lover became a goodwill ambassador for the United Nations Environment Programme in 2009 and wrote last year about the agency’s campaign to end animal trafficking.

It also appears that PETA has changed their opinion on Bündchen, frequently promoting the supermodel and her husband, Tom Brady, for their environmental views and lifestyle on their website. 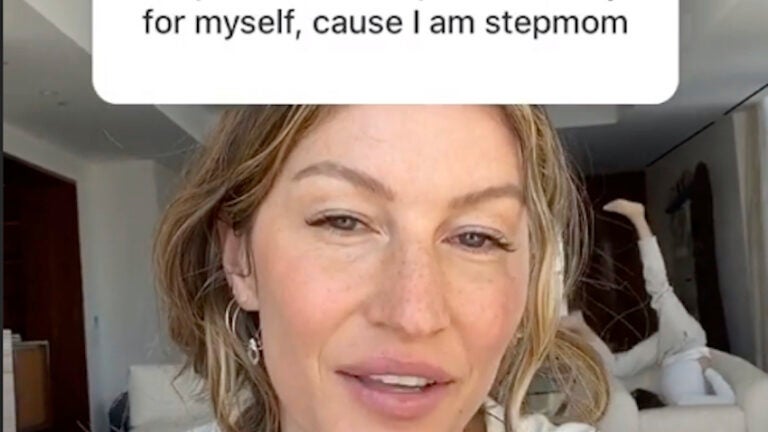 Gisele Bündchen revealed why she doesn’t like the word ‘stepmom’