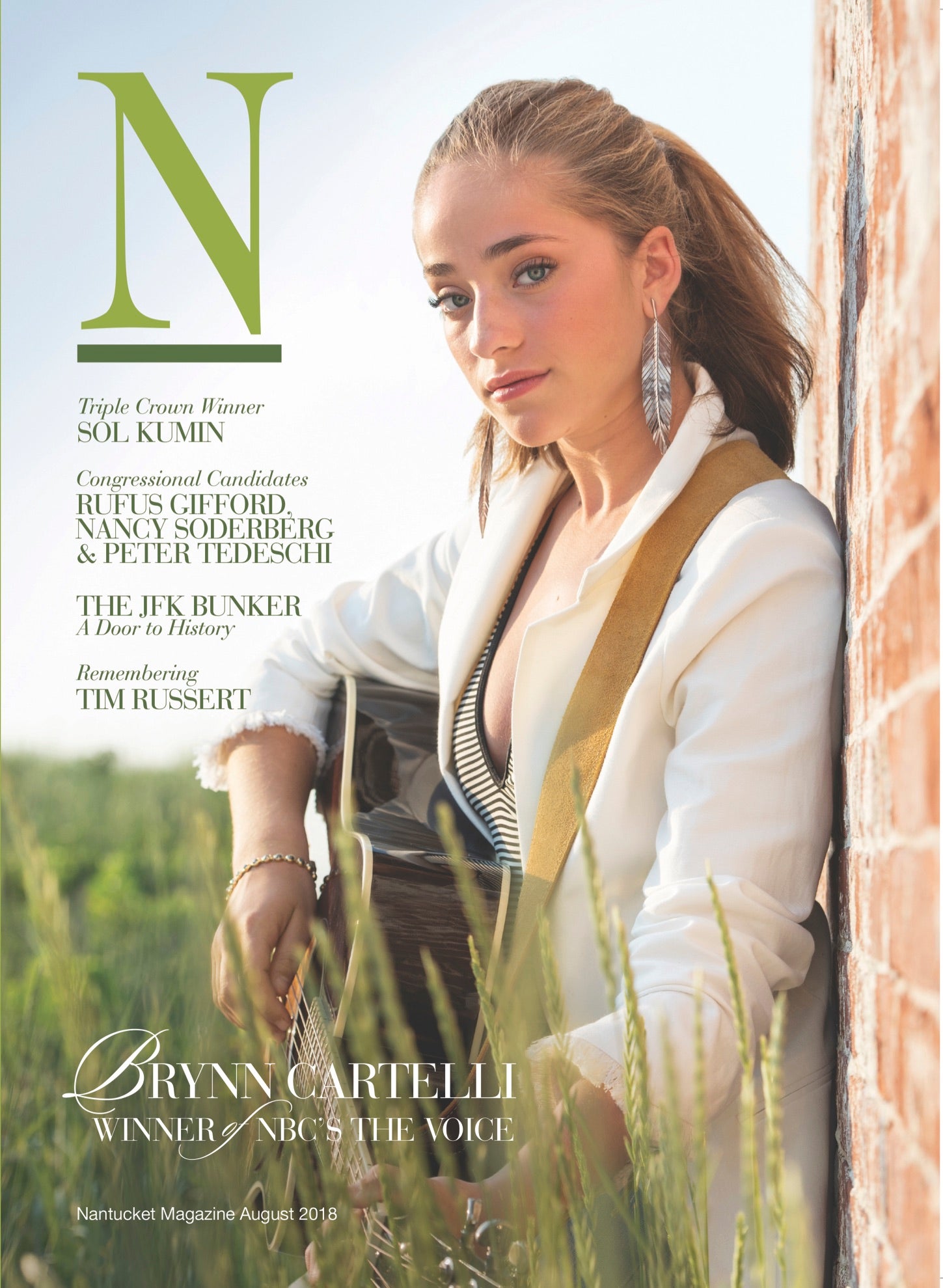 Brynn Cartelli on the cover of N Magazine.

Brynn Cartelli, 15, went from Longmeadow High School freshman to youngest-ever winner of NBC’s “The Voice” this past spring. Now she’s appearing on her first-ever magazine cover, for the August issue of Nantucket’s N Magazine.

Cartelli’s cover interview includes several photos of the teen on the island, where her family vacations each summer. In fact, the singer said she gives some credit to the island for her success.

“I was sitting in my living room after I won ‘The Voice,’ writing a song for Nantucket,” she told the publication. “It all hit me that everything that happened on Nantucket led me to where I am now.”

According to the magazine, when Cartelli was 13 years old, she was performing on Nantucket’s Jetties Beach when a bartender at a local restaurant posted a video of her performance on social media that received tens of thousands of views and resulted in a call from producers of “The Voice.” Cartelli told the publication that she auditioned for the show for two consecutive seasons, finally landing a spot on season 14 after she was passed over during the previous season but was asked by producers to try again.

Cartelli is now hard at work on her first album with Grammy Award-winning artist Kelly Clarkson, who served as her coach and mentor on the show.

“It’s hard for me to personally let go of who I was before ‘The Voice,’” Cartelli told the magazine. “As much as I’d hate to admit it, I’m really not that person anymore. I’m a 15-year-old girl, but I don’t live a 15-year-old life.”