Griffin extended the merriment into the evening with an adorable Halloween costume that his dad shared on his Instagram story. Dressed as an orange Tyrannosaurus Rex complete with a headpiece and shoe covers, the toddler was caught shuffling on the pavement prior to trick-or-treating.

Griffin wasn’t the only one to get into the holiday spirit. Celtics forward Jayson Tatum and his 10-month-old son, Jayson Jr., matched as characters from the animated movie series “The Incredibles.”

Jayson Tatum with his son, whom he calls “Deuce.”

Former Celtics Brian Scalabrine and Cedric Maxwell, dressed as Simba and Scar from the “The Lion King,” got their groove on leading 150 elderly adults through a Halloween-themed exercise class at the Roxbury Tenants of Harvard Community Center.

Fellow Celtic Gordon Hayward was supposed to be the Beast from “Beauty and the Beast” as a counterpart to his daughter Bernie, who originally wanted to be Belle. But, according to an Instagram post from Hayward’s wife, Robyn Hayward, Bernie changed her costume to be a “unicorn princess.” The couple’s younger daughter, Charlie, was Minnie Mouse.

Minnie Mouse and a unicorn princess … Charlie didn’t want a costume up until we were leaving.. Bernie changed her costume so many times and needed “make up” on to be a unicorn princess…. Bernie was definitely in her element tonight and Charlie followed her lead✨🎃💕 #happyhalloween

For a party at Gillette Stadium on Tuesday, several Patriots also opted for Disney-themed costumes. More than 40 children with cancer were invited to paint pumpkins and trick or treat with center David Andrews (Winnie the Pooh), safety Devin McCourty (Tigger), cornerback Jason McCourty (Genie from “Aladdin”), and other players.

Happy Halloween! Who did it best??

As for other celebrities with local ties, actress and Cambridge native Mindy Kaling dressed as mustard and dressed her daughter, Katherine, as a lion.

Happy Halloween from this bottle of mustard and her little lion ❤️🦁🎃

Model and Rhode Island native Olivia Culpo celebrated Halloween in Australia, where she’s been shooting photos for Sports Illustrated’s Swimsuit issue. The 26-year-old dressed as “workout Barbie” because it was the only costume left, per her Instagram hashtag.

Aerosmith lead singer Steven Tyler wrote on Twitter that he was “your aunt who loves a Dollar General deal and misses a good Filene’s run every day of the week.”

THIS #HALLOWEEN ? IM YOUR AUNT WHO LOVES A DOLLAR GENERAL DEAL AND MISSES A GOOD FILENE’S RUN EVERY DAY OF THE WEEK…SHOW ME YOUR COSTUMES!!! AUNTY HAS SPOKEN!!! BOO! ????? pic.twitter.com/jysFhoOFJi

And Massachusetts native Elizabeth Banks went for a classic Halloween costume, dressing as a witch on the set of the “Charlie’s Angel’s” reboot. 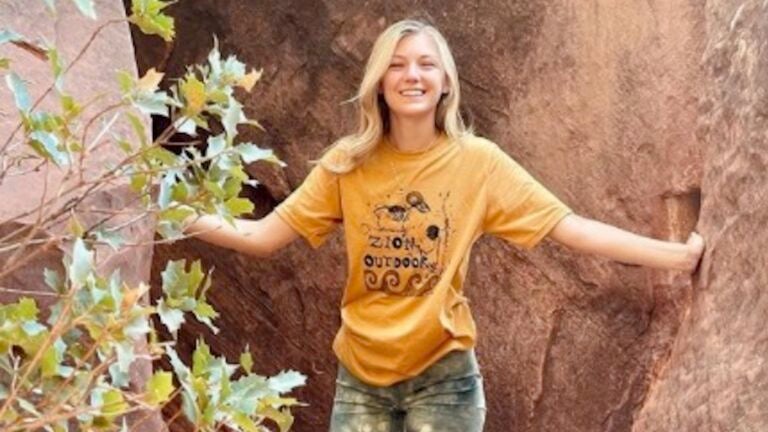 A 22-year-old and her boyfriend set out on a cross-country road trip in their van. Now, she's missing.