It’s a well-documented fact that Alex Trebek can talk at length about almost anything.

Things were no different when the longtime “Jeopardy!” host spoke with Vulture writer David Marchese for a piece that appeared to be about the 78-year-old’s much discussed retirement plans. But in reality, it was, at times, a bizarre interview that went far beyond a discussion of his experience as the beloved host of one of television’s longest-running trivia game shows.

The Q&A, which Vulture noted had been edited and condensed from two conversations, was published Monday on a number of topics. Trebek commented on the #MeToo era – “This has got to be a scary time for men,” he said and his dream “Jeopardy!” contestant used to be Kevin Spacey, “but now you can’t say that.” The host also dove into politics, most notably claiming Canadian Prime Minister Justin Trudeau wears a secret buzzer under his shirt and opining that President Donald Trump isn’t funny.

The piece began with Trebek joking that he does know all the answers to “Jeopardy!” questions “because they’re written on a sheet of paper in front of me.” Trebek said viewers are “always surprised” to learn he enjoys fixing things around his house and is “not a nerdy person who spends all his time researching information that might come in handy” on the show.

“But I don’t mind surprising people in that way,” Trebek said.

Then, Trebek proceeded to surprise many of the people reading the interview by giving an unsolicited, and generally unpopular, opinion on #MeToo.

“You know, when the #MeToo movement started, I had discussions with the staff during production meetings,” he said. “I said, ‘My gosh, this has got to be a scary time for men.'”

The Canadian-American continued: “I’m fortunate that I’ve never been in a position of power where I might be able to lord it over somebody sexually. I said, ‘But there are guys out there – young guys are stupid in their teens.’ There’s nothing stupider than a teenage boy. They’re operating on testosterone.”

When Marchese responded that youth isn’t always an “acceptable excuse” and that “young men are not the only ones who are a problem,” Trebek launched into an explanation of a scene from the 1994 film “Disclosure,” starring Demi Moore and Michael Douglas.

“This conversation has taken a turn,” Marchese said.

“You took a turn,” Trebek shot back.

On social media, Trebek was almost instantly excoriated for echoing an opinion voiced by Trump as well as his son, Donald Trump Jr. and other conservatives. (Trebek, who says he is an independent, was critical of Trump during the 2016 election.)

“I was actually screaming,” Thomas tweeted.

What an emotional roller coaster to happy-click this interview with Alex Trebek and then immediately be confronted with his bad #MeToo take https://t.co/e7zmKJqNjR

Later in the Q&A, Trebek returned to #MeToo while discussing his potential successor. He surmised that the new host of “Jeopardy!” could very likely be a woman.

“We’re in the #MeToo movement now, it’s the year of the woman, so I suspect that the producers might give serious consideration to having a woman host,” he said. “She’ll obviously be younger; she’ll have to be personable, bright, have a sense of humor.”

He joked that his recommendation would be Betty White.

In another #MeToo reference, Trebek said his dream “Jeopardy!” contestant used to be Kevin Spacey. The two-time Oscar winner and former “House of Cards” star swiftly fell from grace after he was accused by multiple people of sexual misconduct last year.

“He’s bright, and there would be so many funny moments because of all his great impressions,” Trebek said. “But now you can’t say that.”

Beyond #MeToo, Trebek also discussed the current political climate, which doesn’t have “enough humor,” he said. Taking a shot at Trump, Trebek said the president doesn’t make jokes but rather, “picks on people.” When he was asked later how Trump would do on “Jeopardy!,” Trebek quipped, “He might not agree that any of the correct responses are correct.”

Trebek has not met Trump, but he did once spend “almost an hour” with Trudeau – and he had a very interesting story about the encounter.

“I’m keenly aware of little nuances,” Trebek said, “and I noticed at one point, after about 45 minutes, that Justin did something like this [scratches under his shirt], and about ten seconds later, there was a knock on the door and one of his assistants came in and said, ‘Mr. Prime Minister, you have a meeting.'”

“He has a buzzer under his shirt that he can use to signal his assistants when it’s time to come and get him,” he said of Trudeau.

Amatulli, the HuffPost reporter, summed up a majority of people’s reactions to that factoid in one word: “WHAT.”

Hayes Davenport tweeted “we have ruined alex trebek. he is haunted by buzzers. he believes everyone he meets has a buzzer they use to deceive him”

we have ruined alex trebek. he is haunted by buzzers. he believes everyone he meets has a buzzer they use to deceive him pic.twitter.com/bpSZYFfEOH

“Not true, but not the worst idea I’ve ever heard,” Butts wrote. “Also, Alex Trebek is a national treasure.”

Why then did Trebek believe Trudeau had a hidden buzzer? One Twitter user floated a theory.

“Alex Trebek has spent the bulk of his professional life around buzzers he cannot use and must obey,” the person wrote. “Perhaps it has driven him insane and he now believes buzzers are responsible for everything that happens in the world.”

During the Vulture interview, which was done before it was announced that Trebek would be staying on the show through the 2021-2022 TV season, the host said he has already started seeing indications that retirement could be near.

He said he even underwent testing for early Alzheimer’s disease, but was told he was “okay” and there was “no need to worry.”

“When it’s clear that it’s time for me to go, I’ll go,” he said, adding that he already has a plan for how he would like do his final episode.

“All I want on my last show is 30 seconds, and I’ll do what Johnny Carson did: ‘Hey, folks, thank you. Been a good run and all good things must come to an end,'” he said. “Then I’ll move on.” 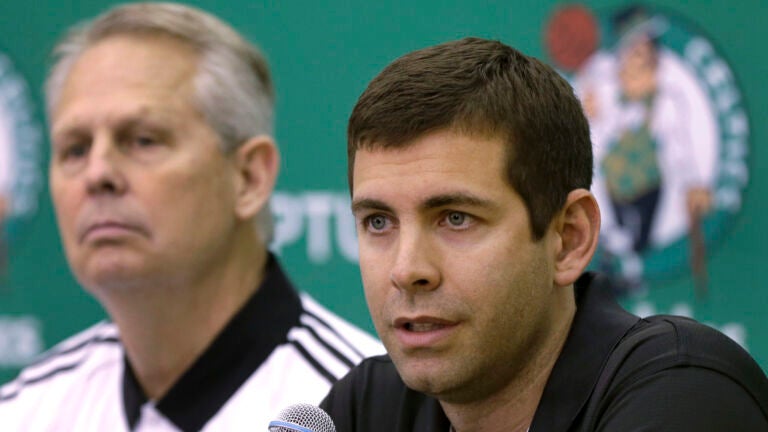