Not everyone headed into the city for the New England Patriots’ Super Bowl parade on Tuesday — and that includes two noteworthy Pats fans.

Sen. Ed Markey (D-MA) posted a photo of himself and actor Chris Evans (a Sudbury native) holding a sign that said “Congrats Pats!” to social media on Tuesday.

We couldn’t be in Boston celebrating the #PatriotsParade with the greatest fans in the world but @ChrisEvans and I share our @Patriots pride for the GOAT.
#WeGotEverything pic.twitter.com/tezPpSXtxT

“We couldn’t be in Boston celebrating the #PatriotsParade with the greatest fans in the world but @ChrisEvans and I share our @Patriots pride for the GOAT,” Markey wrote on Twitter, hashtagging the photo #WeGotEverything.

Markey wasn’t the only senator to whom Evans seemingly paid a visit. Sen. Maggie Hassan (D-NH), Sen. Chris Coons (D-DE), and Sen. Lisa Murkowski (R-AK) tweeted photos of themselves with Evans, with Coons writing that he and Evans “talked about the good work” the actor is “doing to get young Americans more engaged in civics.”

Always great running into a fellow New Englander in the Capitol, @ChrisEvans! pic.twitter.com/pPmXn64js6

Here’s me explaining to @ChrisEvans aka @CaptainAmerica that vibranium is a metallic alloy with defined stoichiometry. We also talked about the good work he’s doing to get young Americans more engaged in civics, which is important, too. pic.twitter.com/gc7BCI9pjl

It’s not every day that @CaptainAmerica pays you a visit. Great spending time with @ChrisEvans and hearing how he is a leader off the big-screen by encouraging others to get informed. pic.twitter.com/ruNLNvmCuQ

National Journal senate correspondent Zachary Cohen tweeted that he ran into Evans on Capitol Hill, and that the actor told him he was “working on a project, but can’t get into too many details.” 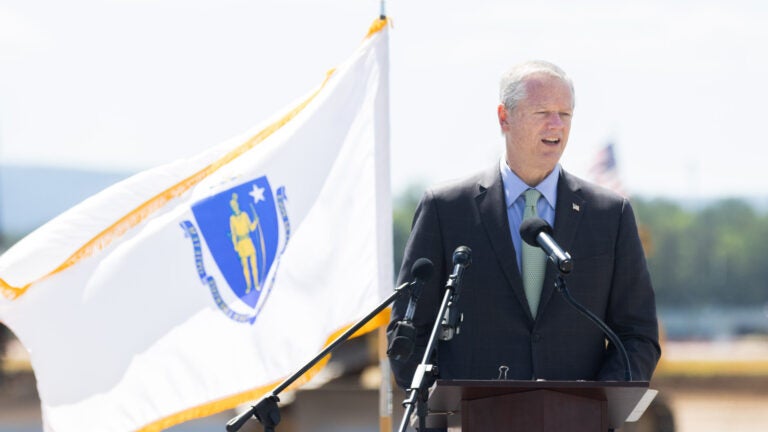 Massachusetts has $5.3 billion to spend. The question is who gets to do it.