They were on. Then they were off. Then on again. And so it continued for former Patriots receiver Danny Amendola and 2012’s Miss Universe Olivia Culpo, who, for the moment, have called it quits. If the TMZ photos and cryptic social media posts have gotten too difficult to keep up with over the past year, consider this a handy guide to the couple’s history. Neither Amendola nor Culpo responded to a request for comment.

Feb. 17, 2016: Amendola and Culpo began getting spotted together in early 2016, including at The Whiskey Republic in Culpo’s home state of Rhode Island. At the 2018 Super Bowl, Amendola shared that they met in Los Angeles, where they bumped into each other on the street.

March 23, 2018: Amendola unfollowed Culpo on Instagram and removed photos of her from his profile, just two weeks after they had jetted off to the Bahamas.

March 28, 2018: On Access Live, Culpo confirmed that she and Amendola had split. “It’s something that I’m definitely not going to get into at this moment,” she told hosts Natalie Morales and Scott Evans. “But I’m sure everybody can relate to heartbreak.”

June 10, 2018: A few months later, TMZ published photos of the exes at a wedding in Houston. According to the site, the pair was “doing lots of kissing, hugging, and hand-holding.”

Olivia Culpo and Danny Amendola Back Together at Friend’s Wedding https://t.co/NTYIplsqm2

Sept. 9, 2018: By this point, it appeared that Amendola and Culpo were officially an item again. In a since-deleted Instagram post addressed to her “love” and decorated with six hearts and a dolphin emoji, Culpo wished Amendola good luck on his first game with the Miami Dolphins.

Oct. 28, 2018: TMZ published photos of Amendola hanging by the pool with another woman believed to be CBS4 Miami anchor Bianca Peters. Culpo, who was in Australia at the time, tweeted just, “Wow.”

Feb. 15-16, 2019: By President’s Day weekend, the couple seemed to be back in paradise — literally. During a trip to Playa del Carmen, Mexico, Amendola shared snaps of himself and Culpo on Instagram. She, however, opted for solo shots. 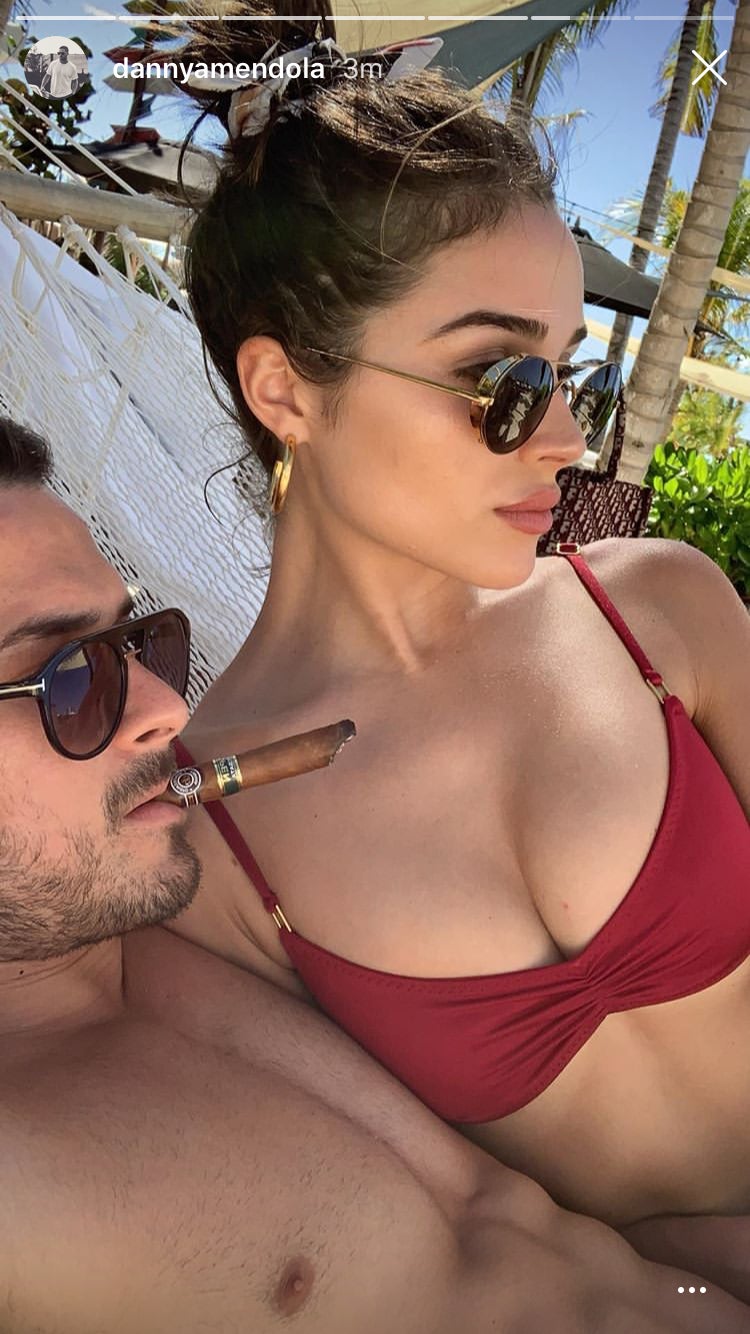 A screenshot of Danny Amendola’s Instagram story on Feb. 16, showing himself and Olivia Culpo.

April 17, 2019: But last week, TMZ published a video of Culpo and DJ Zedd dancing together at Coachella. In an Instagram story by fashion blogger Danielle Bernstein, Culpo can also be seen hanging out backstage during Zedd’s set at the music festival.

April 18, 2019: A day later, Amendola seemingly responded to the news. In an Instagram story, the Detroit Lions player posted a video of himself laying in bed watching “Pulp Fiction,” conveniently queued up to the line, “Zed’s dead, baby. Zed’s dead.”

@DannyAmendola over here taking shots at @Zedd. Damn Amendola you petty af even after @oliviaculpo took you back. I’m weak this is too funny. ??? pic.twitter.com/B0D8RH1sCA

April 19, 2019: Amendola then posted a video of Culpo making pancakes, accompanied by a lengthy and personal caption about their relationship in which he officially confirmed the split. “We’ve been on and off for a long time and not together as of late!” he wrote. “Not sure what’s in the future but the only thing I care about is her HAPPINESS.” He deleted the post later that day, replacing it with a photo of himself dancing and the caption, “Now that that’s over, let’s party.”

April 20, 2019: The next day, the athlete reportedly posted a since-deleted photo of a lion to his Instagram saying that he would “take blame for the miscommunication” from yesterday’s post, according to Page Six. “What I meant to say yesterday was that the media and general public have no idea what goes on behind closed doors,” Amendola reportedly wrote.

April 21, 2019: The Instagram posts weren’t over. According to NESN, Amendola reportedly returned to the platform on Sunday to post another since-deleted photo of himself captioned, “Fake people have an image to maintain. The real ones jus don’t care.” Amendola’s former teammate, Patriots wide receiver Julian Edelman, reportedly commented, “Get off Instagram please…thanks.” 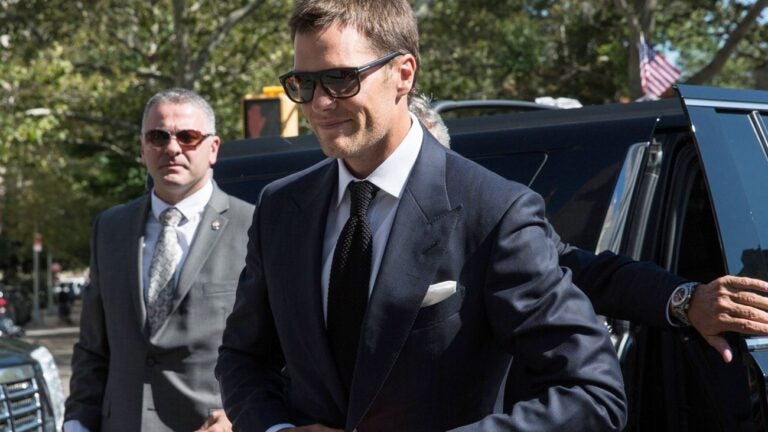