The Dennis resident was elected Tuesday to a seat on the five-member board in his Cape Cod hometown, where he lives with his wife, Peyton (a season 10 contestant on “The Bachelor”), and their two young children — Lyla James, 2½, and Hayes Jennings, 5 months.

“It’s the greatest feeling, walking around this morning, doing my typical errands, like going to the post office, and having people say to me, ‘Good morning Mr. Selectman’ . . . it’s weird, but it definitely put a smile on my face,” Lambton, 42, said in a phone call Wednesday morning about his big win.

“I’ve been getting so much positive feedback, and do you know that 75 percent of the people who voted, voted for me? So three out of every four ballots had my name checked. I think that’s an incredible stat.” 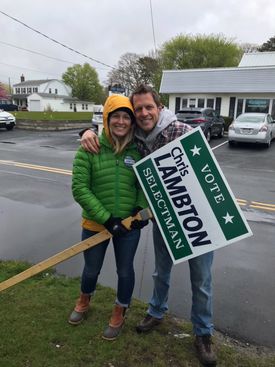 Chris Lambton is pictured with his wife, Peyton, who was a contestant on “The Bachelor.”

Lambton, who works for his family’s business, E. Lambton Landscaping, and is a host on HGTV and DIY Network’s “Yard Crashers” and “Lawn and Order,” received 2,318 votes in the election — far more than his closest competitor, incumbent Sheryl McMahon, who received 1,401 votes and was elected to the other open seat sought by four candidates.

“I think Chris is a big part of why so many people came out to vote,” Bunce said on Wednesday, adding that she wasn’t surprised by his landslide victory. “He campaigned heavily and I think people found him approachable and receptive to their ideas. He’s very personable, very open-minded, positive, and upbeat.”

Lambton said that being a lifelong resident was likely a contributing factor in his victory.

Lambton said there wasn’t one specific issue that prompted him to run for office, but he believes that several “important” matters — including clean water, good schools, and work-force [middle-class] housing — need to be addressed.

“The decisions made in the next few years are going to have a long-term impact on our town,” he said of Dennis. “They’re going to impact my kids’ future and the future of every kid in this town, so it’s important to be a part of the decision-making process today.”

The newly elected town official said he could not have succeeded in the race if it weren’t for his campaign committee — which included several family members (his campaign manager was his sister-in-law) — and his “amazing” wife, who he said is “not only a great wife and mom, but a great campaign companion as well.”

Lambton will be sworn-in on Friday and serve at his first board meeting on May 28. 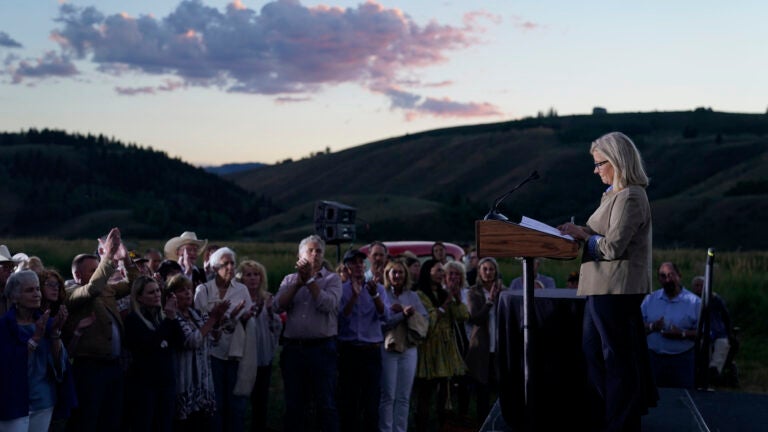 Liz Cheney went against the ‘clear’ path. Now she leads an anti-Trump movement.