Some shook his hand. Others cooked for him. Secret Service agents were never far away. Despite a quiet first week on Martha’s Vineyard, President Barack Obama and First Lady Michelle are hitting the town(s) hard across their annual island getaway. Here’s what they’ve been up to:

Friday fireworks
The next night, the former president joined over 5,000 others for the annual fireworks display in Oak Bluffs. While many scattered blankets and chairs across Ocean Park, Barack and Michelle watched the display from a private residence on Seaview Avenue, next to the Lookout Tavern.

Friday links at Farm Neck
The former president was seen with a foursome Friday at Farm Neck in Oak Bluffs, according to the Martha’s Vineyard Times. He’s hit the links several times, including the Monday after his island arrival with Golden State Warriors star Steph Curry, and former Celtic Ray Allen.

Turkeyland Cove is a secluded Edgartown neighborhood that abuts Edgartown Great Pond, where Obama’s gone paddleboarding, sources told Boston.com. It’s where the Obamas are reportedly renting – and considering buying, or so say rumors that remain unconfirmed – a 30-acre estate. The property in question has been on the market since 2015 and belongs to Boston Celtics co-owner Wyc Grousbeck. 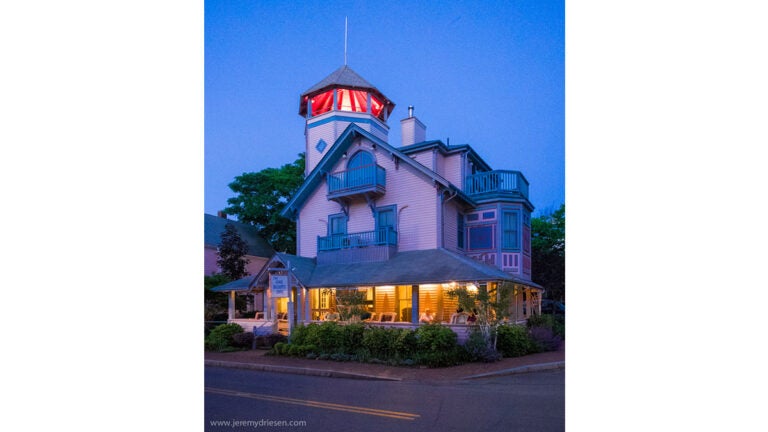 Mass. has one of the best Black-owned hotels in the U.S., according to Sweet July