When Joe Biden was declared the winner of the presidential election on Saturday, celebrations erupted across Boston. Some people landed flips, others popped champagne, and many broke out their dance moves. As Bostonians were taking to the streets, so too was actress Jennifer Lawrence.

The Oscar winner posted a video to Twitter showing her dashing through the city in her pajamas, screaming through her face mask, and whipping her hair through the air as she leapt and twirled around.

“Had no choice but to throw a party for 1,” she wrote in her tweet, adding “#comeonbostonletsparty.”

Had no choice but to throw a party for 1 #comeonbostonletsparty pic.twitter.com/qvSEVip0Mh

The actress, who is scheduled to begin filming the new Netflix movie “Don’t Look Up” in Boston this month, began using social media in June to address racial injustice and to support the Biden-Harris ticket.

“I grew up in a republican family and voted for John McCain in 2008, but through Obama’s presidency, and growing up to realize I was voting against my own rights, I am proud to say I am a Democrat,” she told followers in a statement last month.

Lawrence is also a board member for Represent Us, which describes itself as a nonpartisan organization of celebrities, activists, and business leaders focused on “ending political corruption, extremism and gridlock.”

Through her role in the organization as well as her Twitter account, she encouraged followers to vote in the 2020 general election.

Lawrence told V Magazine last month that she endorsed the Biden-Harris campaign, explaining that she would be voting for them “because Donald Trump has and will continue to put himself before the safety and well-being of America. He does not represent my values as an American, and most importantly as a human being.” 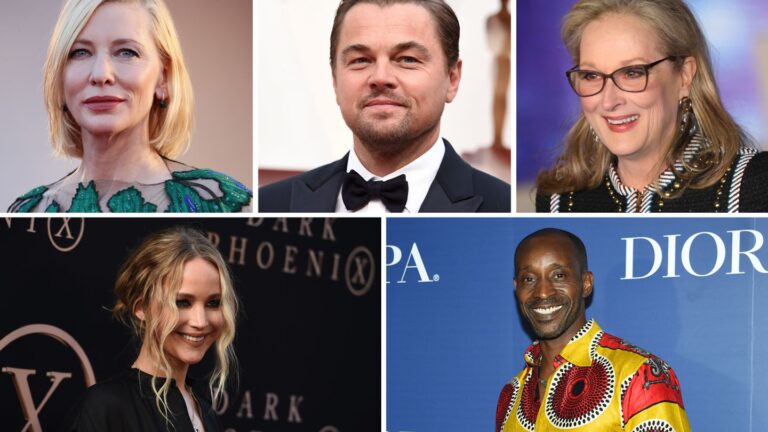 A star-studded Netflix movie begins filming in Boston next month