Now, don’t worry Springsteen fans — that headline is just a little facetious. Yes, Bruce Springsteen, who is famously known for avoiding commercial endorsements his entire career, did drop a surprise ad for Jeep that will air during tonight’s Super Bowl game, but whether it should be the cause of pearl clutching and garment rending is very much up for debate.

The “sold out” line is actually a paraphrase from the man himself, when he inducted U2 into the Rock and Roll Hall of Fame in 2005:

Well…there I was sitting down on the couch in my pajamas with my eldest son. He was watching TV. I was doing one of my favorite things — I was tallying up all the money I passed up in endorsements over the years (laughter) and thinking of all the fun I could have had with it. Suddenly I hear “Uno, dos, tres, catorce!” I look up. But instead of the silhouettes of the hippie wannabes bouncing around in the iPod commercial, I see my boys!

Oh my God! They sold out!

Now…what I know about the iPod is this: It is a device that plays music. Of course their new song sounded great, my guys are doing great, but methinks I hear the footsteps of my old tape operator Jimmy Iovine somewhere. Wily. Smart. Now, personally, I live an insanely expensive lifestyle that my wife barely tolerates. I burn money, and that calls for huge amounts of cash flow. But I also have a ludicrous image of myself that keeps me from truly cashing in. You can see my problem. Woe is me.

So the next morning, I call up Jon Landau — or as I refer to him, “the American Paul McGuinness” — and I say, “Did you see that iPod thing?” And he says, “Yes.” And he says, “And I hear they didn’t take any money.” And I said, “They didn’t take any money?!” And he says, “No.” I said, “Smart, wily Irish guys.” Anybody…anybody…can do an ad and take the money. But to do the ad and not take the money…that’s smart. That’s wily. I say, “Jon, I want you to call up Bill Gates or whoever is behind this thing and float this: A red, white, and blue iPod signed by Bruce “the Boss” Springsteen. Now remember, no matter how much money he offers, don’t take it!”

There’s no way to be sure whether Bruce took the money from Jeep — Variety has a fine article on the impetus behind the spot, but all it says about payment is that the terms of the deal weren’t disclosed. Whether he did or not, though, there’s no denying it’s a fine little spot, shot by longtime Springsteen collaborator Thom Zimny in his usual, somehow both epic and intimate style. And of course’s Bruce’s narration (of prose written by the Michigan-based agency Doner, according to AdAge) features his typically thoughtful and moving delivery, practically proselytizing on the need to come together and embrace an elusive optimism — it could easily be sandwiched in between live performances in Springsteen’s 2019 “Western Stars” movie and not seem the least bit out of place.

(Also worth noting: There isn’t a Springsteen song to be found in the ad’s 2 minutes and 10 seconds, even though it’s just crying out for a snippet of “Further On Up The Road.”)

Not surprisingly, social media is abuzz with reactions to Springsteen’s first foray into Madison Avenue:

7/ This is where it get murky for Bruce. Jeep and Bruce don’t seem to support a good, charitable cause here and that’s a miss. A big miss.

Ugh. It crushes me he did this commercial.

Always admired that he had never done commercials. But, in these times, what better way to reach the most Americans than with a minute on this Sunday? And, it is a beautiful message. @springsteen https://t.co/m9ytCIbDXg

But what really matters is what you think, Boston.com readers. Take the poll on the ad below (or email [email protected]), and we’ll share the responses in an upcoming post.

Note: A version of this poll originally appeared on the Springsteen blog Blogness on the Edge of Town. 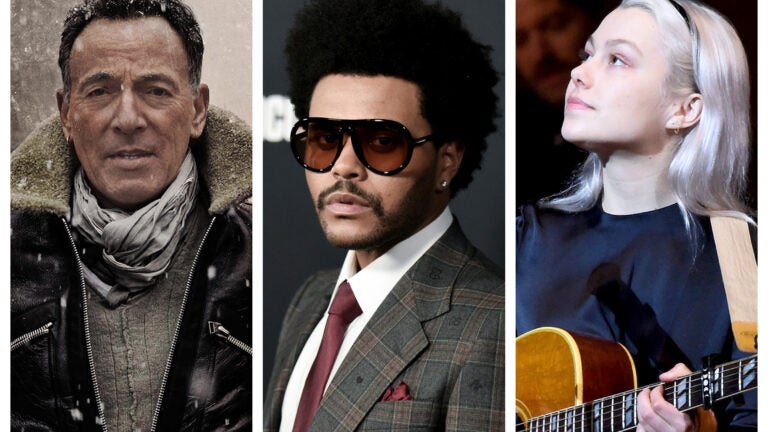 We asked Boston.com readers for the best songs of 2020. Here’s a playlist of your favorites.