Did you happen to walk by a woman toting a pillow and walking a small dog on Newbury Street on Monday? You may have had a close encounter with Zendaya.

The “Euphoria” and “Spider-Man” star posted a series of videos for her 133 million Instagram followers from Boston’s Newbury Street on Monday afternoon.

In the videos, Zendaya narrates the earth-shattering normalcy of her Boston experience thus far: trying to buy a pillow at MUJI, struggling mightily to buy said pillow while wrangling her schnauzer, Noon.

“I’m never taking him shopping with me again,” Zendaya said, aiming the camera at her dog. “I was in the store, just trying to buy a pillow, and he tried to fight a German Shepherd.”

“They didn’t have Apple Pay. Security was trying to help me pay for the damn pillow,” she continued. “I was like, is it even worth it? I should just leave it, get another pillow another time. And then people were taking my picture. I was so embarrassed.”

Zendaya is set to star in “Challengers,” a romantic drama directed by Luca Guadagnino (“Call Me By Your Name”) alongside Josh O’Connor (“The Crown”) and Mike Faist (“West Side Story”). In a red carpet interview at the BAFTA Awards on Sunday, Faist confirmed earlier trade reports that he would be joining Zendaya and O’Connor in the film, with pre-production set to begin in Boston in March.

Per Deadline, the plot of “Challengers” follows Tashi, “a tennis player-turned-coach who has taken her husband, Art, and transformed him from a mediocre player into a world-famous Grand Slam champion.” When Art’s career begins to slump, she signs him up for a “Challenger” event — a step below the top-tier ATP tour — where he faces off against Patrick, “his former best friend and Tashi’s former boyfriend.”

“ZENDAYA’S IN BOSTON!?!? listen if anybody in allston see me sprinting toward the T imma need you to mind your business,” one fan wrote.

“Zendaya is in Boston, no wonder the weather was so beautiful today,” another said. 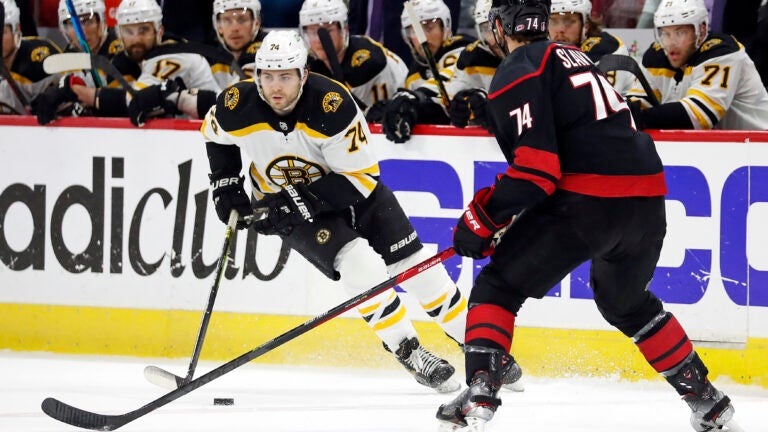