Aerosmith frontman Steven Tyler has voluntarily entered a rehab program after he “recently relapsed,” according to a statement posted by the band.

“As many of you know, our beloved brother Steven has worked on his sobriety for many years,” the band posted on social media. “After foot surgery to prepare for the stage and the necessity of pain management during the process, he has recently relapsed and voluntarily entered a treatment program to concentrate on his health and recovery.”

Tyler has been open about his struggles with substances throughout his career, and has entered rehab programs multiple times, including an initial visit to a program in 1988 at the urging of his bandmates.

“It took me many years to get over the anger of [the band] sending me to rehab while they went on vacation,” Tyler told Haute Living in a 2019 interview. “But today because of that moment … I am grateful and owe a thanks to them for my sobriety.”

Tyler’s rehab means that Aerosmith will cancel all of its Las Vegas residency dates in June and July, according to the band’s statement.

The statement did not specifically mention Aerosmith’s September 8 concert at Fenway Park, but did say that the band hoped to continue its 2022 dates starting in September.

In the statement, Aerosmith thanked fans for their understanding and support of Tyler.

“We are devastated that we have inconvenienced so many of you, especially our most loyal fans who often travel great distances to experience our shows,” the band wrote. “Thank you for your understanding and for your support for Steven during this time.” 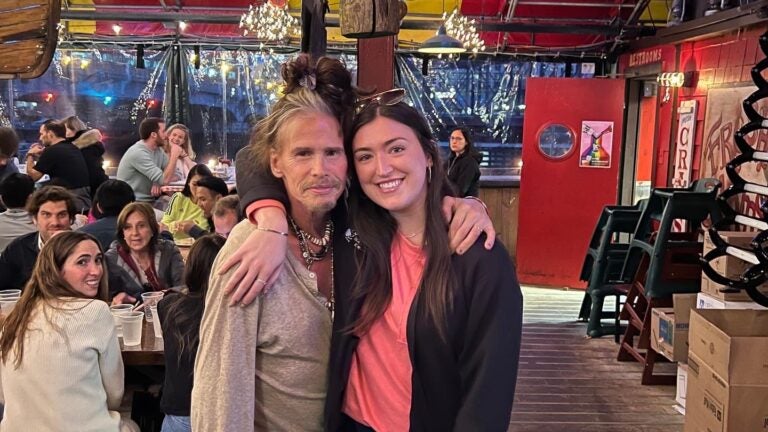 Steven Tyler stopped by a beloved Boston restaurant this weekend