Music megastars Taylor Swift and Jay-Z are no strangers to being at the top of rankings. But recently the two Grammy-winning artists found themselves featured prominently on a new list: “Celebs with the Worst Private Jet Co2 Emissions.”

The analysis of flight data, which was published online Friday by a U.K.-based sustainability marketing agency, came on the heels of big-name celebrities such as Kylie Jenner and Drake weathering intense public criticism after it was revealed that their emissions-spewing private jets logged trips as short as 17 minutes and 14 minutes, respectively.

Using data from a popular Twitter account that tracks flights of jets owned by famous people, the marketing agency found that so far this year, planes owned by celebrities emitted an average of more than 3,376 metric tons of CO2 – roughly 480 times more than an average person’s total annual emissions. Swift’s jet was identified as the “biggest celebrity CO2e polluter this year so far,” racking up 170 flights since January with emissions totaling more than 8,293 metric tons, according to the analysis, which was not peer-reviewed. A plane owned by boxer Floyd Mayweather came in second, emitting more than 7,076 metric tons of CO2, with one logged trip only lasting 10 minutes. Jay-Z’s jet was third with 136 flights totaling about 6,981 metric tons of emissions.

In a statement to The Washington Post, a spokesperson for Swift said, “Taylor’s jet is loaned out regularly to other individuals. To attribute most or all of these trips to her is blatantly incorrect.” Representatives for Mayweather and Jay-Z did not respond to requests for comment.

While the analysis notes that its list is “not conclusive” and “there is “no way to determine if these celebrities were on all the recorded flights,” the authors emphasized that the purpose of the report is to “highlight the damaging impact of private jet usage” – a reality that is critically important for frequent fliers and the public to recognize, according to several experts who were not involved in studying the flight data. Many other people also often rely on private jets, including politicians, government officials, athletes, business executives and wealthy individuals.

“A short jump with a private jet requires lofting into the air a 10 to 20 ton jet and then moving it from point A to point B,” said Peter DeCarlo, an associate professor of environmental health and engineering at Johns Hopkins who studies atmospheric air pollution. “I know no one likes being stuck in traffic, but you’re not launching your car into the air. . . . The act of taking a huge piece of metal and putting it up into the sky is going to be an enormous carbon footprint that’s really not necessary, especially for these kinds of short distances.”

And although DeCarlo and other experts acknowledged that a blanket ban on private jet travel, which can fill essential transportation needs in certain situations, isn’t the solution, they encouraged people – especially celebrities with significant social influence – to consider the environmental impact of their choices and the message they could be sending.

“There are valid statements that grounding private jets probably isn’t going to do what we need to head in the right direction regarding climate change, but it’s just really bad optics,” DeCarlo said. If people look up to celebrities as role models, “they want to emulate that behavior. Then, a private jet becomes a status symbol and something that people aspire to, and that’s not what we need right now in the context of climate.

What is the environmental cost of taking a private jet?

A report published last year by Transport & Environment, a major European clean transport campaign group, found that a single private jet can emit two metric tons of CO2 in just an hour. To put that in context, the average person in the E.U. produces about 8.2 tons of emissions over the course of an entire year, according to the report.

But while these jets are often widely panned for their environmental impact, it’s important to think about their emissions relative to other forms of transportation, said Chris Field, director of the Stanford Woods Institute for the Environment at Stanford University.

Compared to fuel-efficient commercial planes and climate-friendly cars, such as hybrid or electric vehicles, the emissions per passenger mile are substantially higher for private jets, which typically carry few passengers and travel shorter distances, Field said. But, he noted, the fuel economy of a private jet with a reasonable number of passengers may be comparable to a single person driving a Ford F-150.

“There’s a certain level of environmental irresponsibility in one person driving an F-150, and certainly, you could say the same thing about business jet travel,” he added.

The environmental concerns about private jets largely stem from how common they’ve become and how they’re being used, for example, taking short trips or flying empty planes to more convenient airstrips, said Colin Murphy, deputy director of the Policy Institute for Energy, Environment and the Economy at the University of California at Davis. Not only are private jet users traveling a lot, “but they’re doing it in a generally less efficient way than if they were sitting in a coach seat in a 777 or any one of the conventional commercial airliners.”

A quick trip in a private jet emphasizes “the least efficient parts of the plane’s duty cycle,” Murphy said, noting that a huge amount of fuel is burned during take off and getting a plane to altitude. “You’ve got all the emissions from taxiing, warming up the engines and take off and climb and not as much from cruise where you’re actually covering distance.”

In response to criticism over flights that lasted less than 20 minutes, rapper Drake commented on Instagram, writing, “This is just them moving planes to whatever airport they are being stored at for anyone who was interested in the logistics . . . nobody takes that flight.”

But moving passenger-less planes around is another “really problematic use” of private jets, Murphy said.

“What you’re doing is you’re burning many hundreds or thousands of gallons of jet fuel to save a carload of people or a couple of carloads of people a few hours,” he said. “Is that really the trade-off that we want to say is acceptable in a world where climate change is no longer a future crisis, but a now crisis?”

How do private jets compare to commercial flights?

Generally, smaller aircraft have worse fuel mileage than bigger planes, according to experts. “A fully loaded 737 has about the same emissions per passenger mile as an efficient car like a Prius,” Murphy said.

While larger commercial planes do require more fuel, they’re often carrying many more people and all the passengers on the flight share the trip’s overall fuel consumption, DeCarlo said. But keep in mind, Field said, that a sitting in first or business class can often come with a higher carbon footprint compared to an economy seat.

One main perk of flying private, though, is convenience.

“We live in a society where, among the very wealthy, convenience kind of trumps everything else,” Field said, “and we would all benefit from keeping the emphasis on convenience in perspective.”

Should private jets be banned?

Getting rid of private jets isn’t the answer to our climate woes, experts said. Although the per-person emissions of private travel are large, they’re still not as significant as what is produced by the much larger commercial aviation industry, DeCarlo said.

What’s more, there are situations in which this type of air travel is necessary, such as during medical emergencies or transporting organ donations, says Field. “Sometimes it’s just really critical to get the right team to the right place at the right time, and that’s what business jets can do.”

Instead of banning private jets, experts said it may be more effective to explore regulations or policies geared toward reducing the amount of unnecessary travel.

“You can imagine policy levers that force it to be avoided, you can imagine economic levers that would just make it so expensive that it is not worth it or kind of regulatory things that make it such a hassle,” he said. “I’m in favor of whatever is effective to decrease the truly frivolous travel without eliminating the travel that really makes a difference.”

There likely isn’t a benefit to “demonizing the business jets,” Field said. Rather, he said, people should take responsibility for their actions and factor the environmental footprint of what they do into their decision-making.

How can private flights be more sustainable?

While electric aircraft prototypes are still being developed, private and commercial aviation should take advantage of high-quality carbon offsets and more sustainable jet fuel alternatives made from biomass, algae or plants, Field said. At present, most of these fuels are generally better than petroleum, but Murphy noted, “they’re not zero emissions.”

Beyond cutting down on trips, private jet users should also consider changing how they fly, Field said. Longer flights carrying more passengers can help with overall efficiency, he said, and flying direct instead of stopping for connections can make a difference.

Although finding a long-term sustainable solution for private and commercial air travel is just one piece of the puzzle, experts encouraged fliers to do their part.

“It’s going to be really hard to envision a world in which we largely succeed at limiting climate change to not too many degrees above historical averages, when people are still flying around in private jets fueled by petroleum at the rate they are now,” Murphy said. 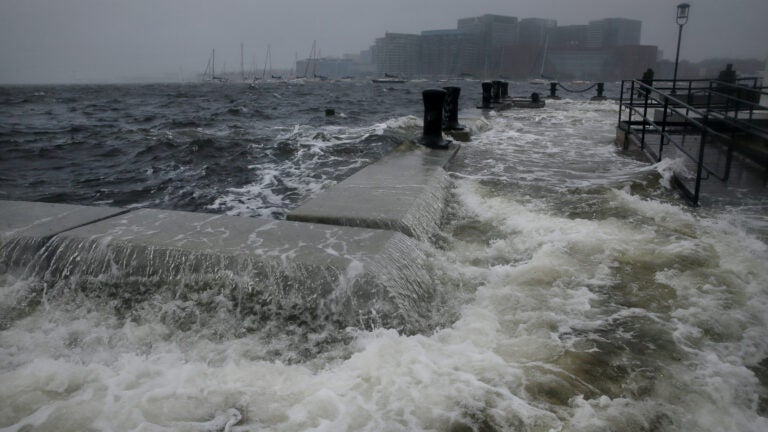