Juneteenth, a holiday to commemorate the freedom of enslaved people, has gone mainstream over the past year.

This year marks Massachusetts’ first official observance of June 19, Juneteenth Independence Day, following a bill Gov. Charlie Baker signed last June establishing the annual state holiday. On Thursday, President Joe Biden signed legislation establishing Juneteenth as a federal holiday. People across the country are using the day to reflect on the legacy of slavery and celebrate their Black communities. We asked Boston.com readers and local leaders what Juneteenth means to them and their hopes for the future of the holiday will be.

“Juneteenth signifies a reckoning with our ugly past, a celebration of the end of an ugly practice, and an acknowledgment that our work creates space for a more equitable future,” Laura of Lynn told Boston.com in a recent survey. “I’m proud and excited to mark this event!”

The date marks the anniversary of Union soldiers arriving in Galveston, Texas in 1865 to tell enslaved people the Civil War had ended two years prior and they were free. For generations, the holiday was observed primarily by Black communities in the country, but last summer’s nationwide protests over the police murder of George Floyd led to a national reckoning over race and increased attention to Juneteenth.

City councilor Andrea Campbell was born and raised in Roxbury and grew up celebrating Juneteenth with her family. For her, the day has always been closely tied to Roxbury Homecoming, a yearly gathering of generations of Roxbury community members. Last year, Campbell along with councilor Julia Mejia, and then-City Council President Kim Janey filed legislation that would make Juneteenth a citywide holiday.

“It’s the special day that formerly enslaved Black people learned they were free and celebrated this newfound liberation,” Campbell said. “I think about that when I celebrate Juneteenth and the resiliency of Black people.”

When President Joe Biden signed the bill into law on June 17, he called it a “day of profound weight and profound power, a day in which we remember the moral stain, the terrible toll that slavery took on the country and continues to take.”

“For far too long, the story of our country’s history has been incomplete as we have failed to acknowledge, address, and come to grips with our nation’s original sin of slavery,” said Senator Ed Markey in a statement. “Today’s Senate passage of our legislation to commemorate Juneteenth as a federal holiday will address this long-ignored gap in our history, recognize the wrong that was done, acknowledge the pain and suffering of generations of slaves and their descendants, and finally celebrate their freedom.”

For Black communities in Boston, commemorating Juneteenth has been a longstanding tradition. Toiell Washington, a co-founder of the community organization Black Boston, said she’s been honoring the holiday with her family all her life.

“It has really great significance to individuals in the Black community,” Washington said. “To me, it’s about liberation and celebrating the freedom and rights that weren’t extended to Black people in the Declaration of Independence.”

In Boston, there will be a number of events to commemorate the holiday, including film screenings, museum exhibits, and a free Juneteenth BBQ hosted by Black Boston.

Washington said she’d like to see the wider acknowledgment of the holiday come with continued political action. She said the parties and celebration of Black liberation should come coupled with organizing and investment in improving the lives of Black people.

Unlike Washington and Campbell who grew up learning the history and significance of the day, for some Boston.com readers, Juneteenth is a new concept. Charles of Newport told Boston.com that until 2020, he’d never even heard of the holiday. This year, he’ll be taking the time to learn more about it.

Sheryl Nelson, another Boston.com reader, said, “I didn’t know what it really meant until I read history on it.” Nelson also urged people of color like herself to take the time to learn the history of the holiday. “Now June 19 means freedom for me. This brings back what Martin Luther King Jr., John Lewis so many more fought for in this civil rights movement for our people of color to have the same rights as others.”

Campbell said she sees the increased attention to the holiday as an excellent opportunity to educate the community about the history of Black liberation. Some in the North view slavery and the end of it as a Southern issue, but Campbell said the roots of slavery and abolition run deep in New England as well.

“The city of Boston is not just ‘The Departed’ and ‘Goodwill Hunting,’” she said. “There were Black residents for generations who have been doing the work for centuries to ensure that racism and inequities were dismantled and that Black residents not only were free but were afforded the same opportunities as everyone else in this country. That needs to be acknowledged and celebrated as a meaningful and significant role that the city of Boston has played.”

For one anonymous reader, Juneteenth has come to be a reminder of that history. “It’s a date that can unify all Americans to understand the struggle some people experience that others have not been exposed to.”

Making Juneteenth a state and federal holiday should only be the first step, according to Campbell. Efforts should also be made to address racial inequity in housing, policing, healthcare, transit, and more. Campbell said she hopes people will keep that at the forefront of their minds as they celebrate this weekend.

“I’m excited for what lies ahead and thinking about how we can use this opportunity to finally eradicate the persistent inequities that still exist in this city,” said Campbell. “We’ve come a long way, but we still have a lot more work to do.” 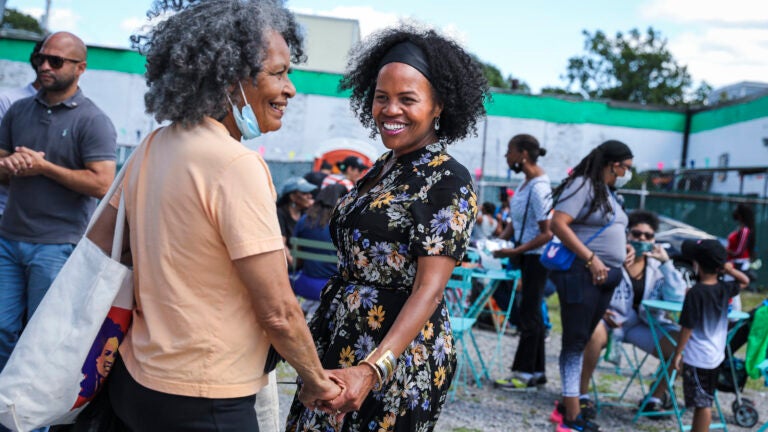