This story was told by Edwin N. Sumpter Jr., a 61-year-old resident of Boston and lifelong Red Sox fan, and has been transcribed and edited from a conversation with Emily Turner.

The Fenway Concert Series started in 2003. In 19 years of this concert series … not one has been headlined by a person of color — with the exception of two nights in 2013. Jay-Z co-headlined with Justin Timberlake. They happened to be performing together around the world for a tour. So you had to get one to get the other. If it weren’t for those two nights, it would be zero of 81 shows … in a city that by some estimates is over 50 percent people of color.

I get two reactions to this. One is: I had no idea. I knew they had concerts, but I had no idea it had been lopsided in comparison to the racial makeup of the city of Boston. I’ve got to be honest with you, it’s even beyond the racial makeup of the city of Boston. I’m a person of color. The other reaction is when I speak to people who are white, non people of color. They are equally upset. And they should be.

When I ask young people of color, what does Fenway Park mean to you? Their attitude is, well that’s for white people. When I say, do you know there are concerts going on at Fenway Park? I’m stunned how few of them even realize it.

I’ve been asked by many people, why Fenway Park? The fact of the matter is the other venues — while they don’t have a huge number of people of color playing — they all have done better than zero. Fenway Park hits me because it sets itself up for these concerts every single summer. … No matter how you slice and dice it, the fact is the only time a person of color has graced that stage as a headliner was the night Jay-Z co-headlined with Justin Timberlake. If they both were touring separate tours that night, who do you think would’ve been playing Fenway Park?

This is the year that really took me over the top. Why? Here it is in a nutshell: The Boston Red Sox have a banner on Fenway Park that says, “Black Lives Matter.” How do they matter inside that ballpark? It’s lip service. The proof is in the pudding by what goes on inside Fenway Park. When you go to a concert, it’s worse, because these concerts make it seem as if the people of color in Boston aren’t even here.

This year, after 2020 with corona[virus], and with George Floyd, I have noticed that around the country and around the world, people are at least taking a look at how they’ve done things in the past. They don’t want to have business as usual. They want things to be a little different. So what do we get at Fenway in 2021? The same, all-white lineup of headliners as if they don’t even realize. It’s just business as usual as if 2020 didn’t even happen.

There’s a generation of people of color and non people of color who have not had a chance to sit together under the bright lights at Fenway Park on a summer night and join in unison and cheer on their favorite artist. … I can’t think of one city other than Boston where we really need something like that. Fenway isn’t taking advantage of the opportunity.

I’ve got a simple end game for the Boston Red Sox and Live Nation. I would like them to at least acknowledge publicly, not just to me, Edwin Sumpter from Dorchester, tell the whole city something like this: “[Wolfgang] Van Halen [opener for Guns N’ Roses] kicks off the 2021 season, the next night followed by Billy Joel, then five more concerts after that. We welcome fans at Fenway Park for a great night of music, especially after last year when we didn’t have it. However, we realized that in the last 19 years, these concerts have not exactly been a reflection of the total makeup, racially, of the city of Boston. We will try to do better.”

A few weeks ago, I went down to the Fenway area. It’s been a while since I’d been down there. It was Game Day. They were playing the Phillies. I walked down Landsdowne Street, and you cannot have a better time than on Game Day around Lansdowne Street at Fenway Park. All the kids walking around, glove in one hand, walking with their friends and their family, just happy as can be. From Lansdowne Street you can hear the crowd in Fenway Park roaring.

I walked from the South End to get there. I walked from Copley Square. All kinds of hues and colors and people that make up the city I love. But when you walk into Fenway Park, it’s like walking into a time capsule. … It’s stunning how that area goes white when you can walk through all these neighborhoods. But what really got me that day was the same kids who were at the ball game, a month later they’re going to come back to the park and see New Kids on the Block. Next year Lady Gaga. All white people again. This is unfair.

It hits me [hard] because I love Boston. I’m not one of those folks who have a problem with my team. I’ve shed blood, sweat, and tears over the Red Sox just like the next guy.

I just feel short-changed on a personal level. They’ve added these concerts over 19 years, but they seem to be adding them for one segment of the population, and not another. I think that’s wrong.

We are running a campaign telling people to come visit “all inclusive Boston.” I submit to you that if you go to New York, you go to the Empire State building and the Statue of Liberty. If you want to go to San Francisco, you want to go by the Golden Gate Bridge. If you go to New Orleans, you better go to Bourbon Street. Chicago, we better get some deep dish pizza. If you go to Boston, Massachusetts, from anywhere in this country, you really have to visit our most popular tourist attraction, which I say is Fenway Park. If you get into a game, great, but at least go down to Landsdowne Street, and then you can say, I know I went to Boston, because I stood next to Fenway Park.

How can we run an advertisement telling the whole world to come visit “all inclusive Boston,” if Fenway Park, the No. 1 tourist attraction, is our least inclusive place?

I don’t want it to seem like there’s a “we” people of color issue, it’s not. There are nearly 700,000 people who live in the city who love all kinds of music. If Fenway Park wants to be our hometown, and they want to have concerts, they should at least try.

In response to a request for comment, representatives for the Red Sox and Live Nation sent the following statements to Boston.com via e-mail:

“While we have had a range of diverse artists at Fenway Park through the years, we agree with Mr. Sumpter that there is much room for improvement. We are committed to ensuring that all Fenway Park events — from baseball, to music, commencements, and more — are diverse, inclusive, and representative of all of Boston.” — Boston Red Sox

“We are always striving to present a diverse lineup of events for the enjoyment of everyone in the Boston community and are continually growing the variety of shows across all the venues we work with in the city.” — Live Nation

Edwin Sumpter is president of Sumpter Enterprises, contributing writer for The Music Museum of New England, a member of Boston NAACP, and a lifelong Red Sox fan. He lives in Boston.

Disclosure: Boston.com is part of Boston Globe Media Partners, owned by John Henry, who is the principal owner of Fenway Sports Group. 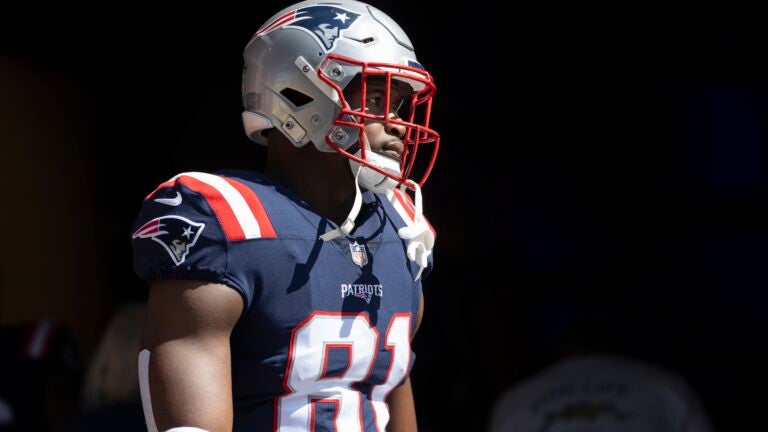