Now, that particular reader’s report of the Boston music scene’s demise may be greatly exaggerated — after all, several new venues are on the docket to debut in the next year alone. But it’s true that some of the Hub’s most iconic clubs and theaters have gone the way of the dodo in recent years, and that their absences have certainly left a void.

Several hundred readers responded to our questions about Boston’s most beloved venues, and while we’ll reveal the current (and future) faves in a post this Friday (and discuss them live on Twitter Spaces this Thursday night), we thought we’d start off by showcasing our readers’ fond farewells to music spaces of yore.

So which was the spot whose closing was most lamented? It’s the one that’s best uttered with an exclamation point: “Great Scott! It felt like an original club, something that is hard to find these days,” said Rose G. of Somerville, echoing the thoughts of many Boston.com readers. “A truly independent facility that was shaped by its audience over the years. I will miss that character it had.”

In the end, it’s that 240-capacity Allston club, which shuttered during the pandemic after 44 years welcoming bands of all stripes, that seems to take up the most space in the hearts of Boston music fans. With about 23% of respondents listing it as their most-missed venue, it beat out such other iconic sites as The Rathskeller, known as The Rat (17%), The Channel (14%), and T.T. the Bear’s Place (13%). “The vibes are missed,” wrote Leah of Waltham, who threw in a sad-face emoji for good measure.

It’s worth noting that those runners-up had no shortage of boosters, though, even if they didn’t finish first. “It was a disgusting dive,” said Bill of Brighton in an apparently complimentary reference to his favorite, The Rathskellar (a.k.a. The Rat), which ruled Kenmore Square from 1974 to 1997 and featured storied appearances by acts like U2, the Talking Heads, the Police and R.E.M. “The all-ages hardcore shows were complete mayhem,” Bill noted.

As for The Channel — which hosted everyone from Roy Orbison to the Replacements to L.A. Guns during its ’80s heyday in South Boston — “the small stage with little height left the band no option but to sing right up in your face,” noted one reader. “The Channel was a music lover’s dream.”

Other venues mentioned included Avalon and RISE in Boston; Johnny D’s and Thunder Road in Somerville; and there was one lone stalwart who misses the benches at the old Foxboro Stadium.

Meanwhile, while these classic sites are gone, never fear: As noted above, there are new venues in the pipeline — among them even possibly a new Great Scott. Thanks to a crowdfunding push by its longtime talent booker, Carl Lavin, the venue — whose longtime owner, Frank Strenk, passed away in July — is working toward reopening at the former site of Pizzeria Regina at 353 Cambridge Ave.

If and when that’s finalized, you’ll read about it here — and in the meantime, below are some of the memories that Boston.com readers shared about their music memories past.

“Great Scott was an awesome spot to catch up-and-coming bands.”

“Great Scott will be missed. It was an institution and they booked great shows.” — Robert, Arlington

“Great Scott, because we don’t have any good 200-cap rooms anymore.” — Franklin, Fitchburg

“Great Scott! So many great memories from this venue and hope they open their new location soon!” — Emily, Milton

“Great Scott. The place was an institution.”

“The loss of Great Scott is … great. I am hoping the revival at the old Sports Depot pans out.” — Dave, Boston

“The Rat (Bunratty’s, a close second) for so many classic shows and showcase of out-of-town talent.”

“So many gone, it’s hard to pick. Despite the rough-around-the-edges vibe and acoustics, I miss The Channel. I liked the convenience of a large roadhouse style venue with parking! And easy access from the highway. The Seaport and/or Fort Point needs a new music venue.” — Richard,  Beverly

“The Channel always had the best bands.” — Frank, North Reading

“The Channel in Boston. Dirty water at its finest!”

“The Channel. South Boston. One night you could see the Red Hot Chili Peppers, and the next The Fresh Prince, Will Smith. They covered the spectrum of talent and the venue was a no-frills gem. Many times it was a sweat box. It held about 1,400 people. It seemed so much smaller because shows were often oversold. Also, the small stage with little height left the band no option but to sing right up in your face. The Channel was a music lover’s dream.”

“T.T. the Bear’s Place. You could go there every night of the week, there would be at least four bands playing you never heard of, and at least two of them would be fantastic. Not sure if it was seeing Boy Wonders first show there or Smackmelons final show there that stands out the most.” — Chris Z., Boston

“T.T. the Bear’s was an institution! The first time I saw my favorite band The National was here! This was before they were well known, probably about 2005?!!!” — Dominique, Woburn

“T.T. the Bear’s … It was just a simple and fun space to see outstanding bands up close. Loved seeing Social Distortion there many moons ago!” — Lance, Arlington

“Avalon in Boston. The memories of sticky floors and up-close shows are intense.”

“Avalon, so close and great energy going through the crowds.”

“Avalon. It was just too clubby for words, but it worked!” — Lorian, Brighton

“Johnny D’s in Davis Square. Johnny D’s was a throwback to another era; stepping inside felt timeless like you were stepping into a space that lived in a time all its own, separated from the world outside. The music was diverse and knew no borders, Johnny D’s brought in so many performers that could rarely be heard, not only in the city but also performers who rarely performed in the United States at all. Among all this world class music Johnny D’s never lost its part in the local community — coming inside always felt like being at home amongst friends.” — Robert from Cohasset

“Derringers, Brockton and Showcase Live, Foxborough — only live venues on the South Shore that were affordable.”

“Seeing Jeff Buckley at Bill’s Bar was amazing. Alice in Chains at The Channel in South Boston was surreal.” 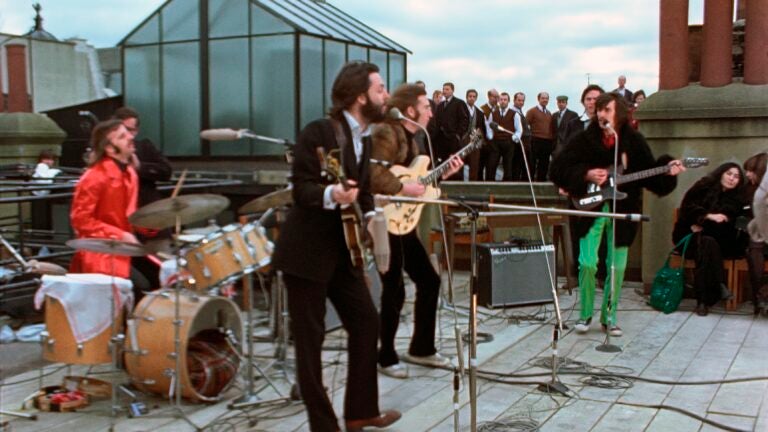