When Feed the Frontlines North Shore made their first delivery of 100 meals to Beverly Hospital on April 3, it was a family effort. Dr. Julie Clifford Smail, a doctor specializing in internal medicine with the North Shore Physicians Group, was inspired by friend and former Harvard lacrosse teammate Kate DiPietro who launched Feed the Frontlines NYC. Smail, with sisters Christina Comparato, Lisa Vassar, and cousin Kim Tosi Hamilton, wanted to organize a similar effort to deliver meals to healthcare workers combat the spread of the coronavirus closer to home. They spent a week and a half collecting donations from extended family and organizing the donation, but once the meals had been delivered they realized they were just getting started.

Smail and her family launched Feed the Frontlines North Shore, one of nine sister initiatives around the country, which work to support local restaurants and feed frontline healthcare workers. In less than two months, they have raised over $65,000, and distributed 2,200 meals. The meals have been delivered to hospitals across the North Shore, including the Lynn Community Health Center, Union Hospital, and Beverly Hospital, where Smail’s husband, a general surgeon, cares for coronavirus patients in the ICU.

Smail said that it has been a morale boost to the essential workers they’ve served, including security guards, lab technicians, custodians, childcare providers, and other support staff who are sometimes overlooked.

“They’re emotionally tired and physically tired, but just so dedicated to the cause,” said Smail of her co-workers at the Salem Medical Center where she works as a member of the North Shore Physicians Group, and of the larger healthcare community. “These little bursts of support from the community, like a ‘you haven’t been forgotten, the community still cares about you’ — those all make a big difference.”

The initiative partners with 15 local restaurants to provide the meals, including Cafe Salerno in Beverly and Po’boys and Pies in Salem. The food is paid for with the donations raised by Feed the Frontlines North Shore. Comparato is aware of the impact they’re having on local restaurants at the same time as supporting healthcare workers.

“It became very clear that they needed our support as well,” said Comparato. “Many of the restaurants were having to close their doors and were unable to pay their rent and pay their employees.”

Although their fundraising efforts have now expanded beyond their immediate family, Feed the Frontlines North Shore is still a family-run effort. Smail and Comparato have six daughters between the two of them, from ages 14 to 20, and all of them have jumped on board to help. 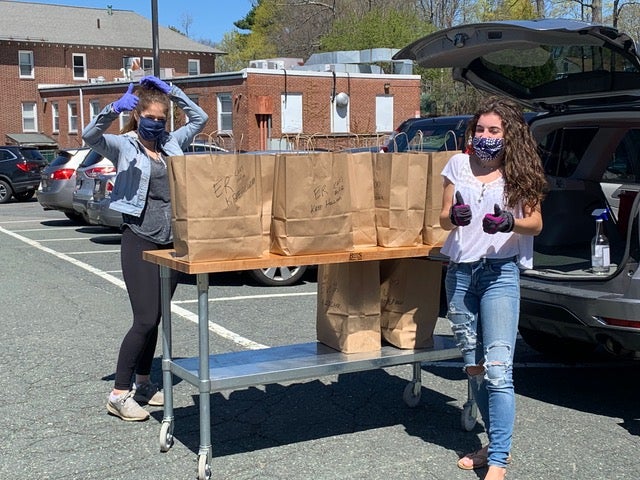 “What started as an intense drive to help the hospital workers and the restaurants sort of morphed into us trying to help our families deal with a situation,” said Comparato. “Our kids were having to leave their schools and their friends and their courses of study. It became clear that they were trying to navigate what their lives were going to be like…they’ve jumped in and helped us with marketing, fundraising, and delivering the meals. It’s great to give them a sense of purpose during this and to teach them that we as a family are always going to do whatever we can to give back to the community, and to help people.”

The sisters plan to keep Feed the Frontlines North Shore running until the need is gone or until funds run out. 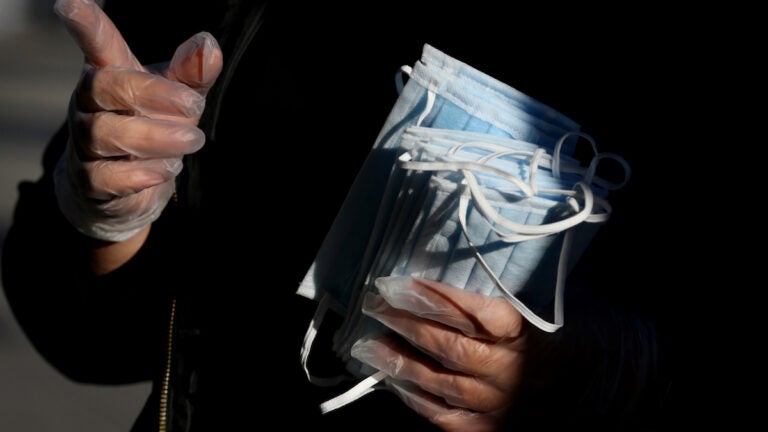 ‘Absolutely outrageous’: Boston’s frontline workers say their employers insist those with COVID-19 didn’t get it at work