Suffolk Downs may have run its last horse race, but you can still see a show at the old grounds this summer.

HYM Investment Group, the company that is planning the property’s redevelopment, will host a socially distant drive-in movie series this summer, screening films on its 40-foot inflatable screen every Thursday at 8:30 p.m. from July 16 to Sept. 10.

Summer Screen at Suffolk Downs is a return to form for the former race track, in a way: The property featured a drive-in theater from 1957 to 1970.

The series will start with “Grease” on July 16 and “Field of Dreams” on July 23, with future films to be announced at www.summerscreenatsuffolkdowns.com. Upcoming films in the screening series will satisfy fans of all audiences and ages, including Spanish language movies.

Tickets will cost $15 per vehicle, and like other drive-ins, attendees must wear masks or face coverings when outside of their cars, including when buying concessions or going to the restrooms.

While regular movie theaters in Massachusetts are now allowed to open during Phase 3 of the state’s reopening plan, all of them have kept their doors closed so far during the coronavirus pandemic. In the meantime, drive-in theaters — both old and new — are stepping up to take their place. Along with longstanding drive-ins like the Wellfleet Drive-In and the Mendon Twin, more than a half dozen pop-up drive-ins have entertained audiences this summer, including some that have already come and gone. Route 1 dining destination Kowloon has added a drive-in theater to its parking lot, as have the organizers of the Topsfield Fair and Marshfield Fair. The City of Boston has its own free drive-in movie series as well, screening films on Wednesdays through July 29. 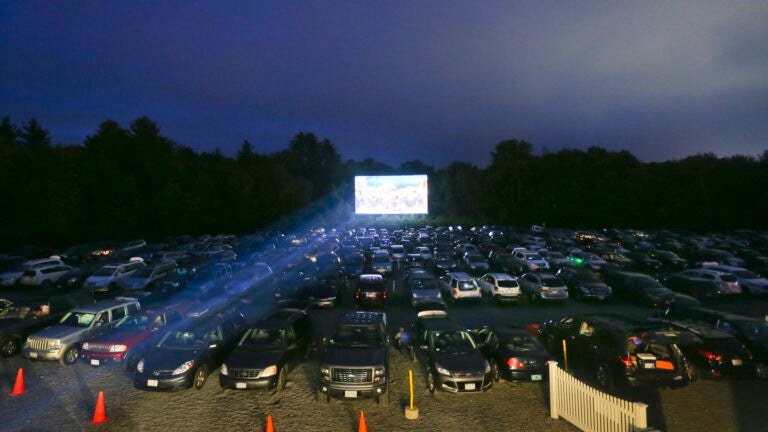