Cutler Majestic Theater, built in 1903, was purchased by Emerson College and expertly restored to its original splendor for its reopening 2003.

Even if ArtsEmerson never staged a show, we would still be forever grateful to its parent, Emerson College, for first giving Boston the aptly named Cutler Majestic Theater, and then The Paramount Center (read the DNE story on its revival). These two buildings are art treasures in and of themselves. And, trust me, the long hike up the stairs to the Majestic’s balcony is worth every step just to be that close to the theater’s glorious ceiling.

We were in that balcony admiring the sumptuous décor the other night as we awaited the return of Les 7 Doigts de la Main (The 7 Fingers on the Hand), the talented, clever, and fascinating Canadian performers who appeared, to considerable acclaim, here in January. Though billed as a circus troupe, they are so much more. They are acrobats, actors, dancers, comedians, and artistic collaborators who seemed to be genuinely enjoying every minute on the stage.
But this blog is supposed to be dedicated to design, so let’s return to our seats by the ceiling. Sure, we were in the nose-bleed section, but the sightlines from there were ideal for watching this show. No doubt, so are the orchestra seats, but from up high, we could observe the intricate interplay among the performers like scientists studying a chemical reaction. (The juggling scene was mesmerizing from this angle.)

The players are acrobats of the first order, evident in the pole walking (left) and hand balance (right).

What added to the refreshing, unassuming air of the show was the seemingly simple set design. A big box, a little box, and a set of stairs morphed into dozens of props as seamlessly as a magician’s sleight of hands. Named PSY, the show was a send up of our overwrought obsession with all things psychoanalytical and the theme is wittily carried throughout the performance. Hear voices? A swing on the trapeze will settle you down. Can’t sleep? A fantastical physics defying acrobatic duet on the Chinese pole is sure to help. Got an addiction? Take a trip on the German wheel (below).

There were plenty of children in the audience, and while they may not grasp the double entendre, they were enthralled. The show is great family entertainment, and since we think the cheap seats are the best in the house, you can take the kids and not break the bank. PSY at the Majestic runs through July 24. Tickets start at $25. 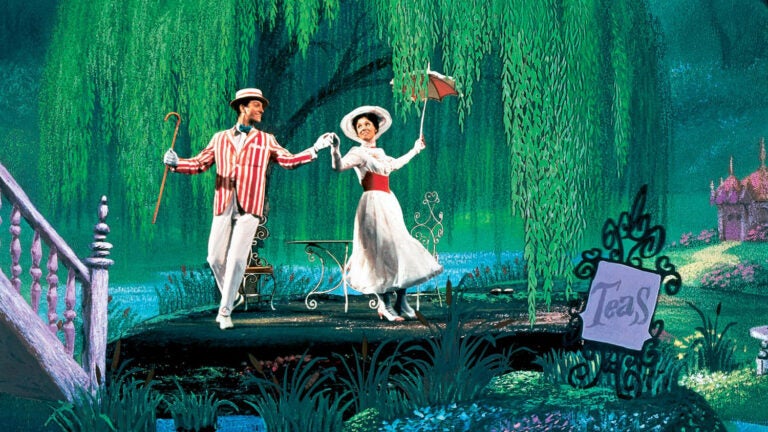 ‘When it was over, I didn’t want to leave my seat’: 28 celebs share their first movie theater memories