One of the finest pieces of colonial American woodworking has been saved from the wrecking ball — for the second time. It is a room’s worth of exquisite paneling (detail shown above), originally installed in the house built by William Pepperrell, the first American baronet. (He was one of the richest men in the colonies, and hero of the French and Indian Wars, during which he lead the siege and capture of the mighty French fortress at Louisburg on Cape Breton Island, considered the strongest coastal fort in North America.)

When not conquering the strongest coastal fort in North America, Pepperrell was busy doting on his daughter. He gave her a beautiful new home in Kittery Point, Maine, as a wedding present in 1742. Called Sparhawk Hall (above), after the lucky son-in-law Nathaniel Sparhawk, it had 19 rooms and was decorated by some of the finest craftsmen of the time. It was demolished in 1967, but not before the banquet hall’s paneling and the front doorway were salvaged. The doorway was given to Strawbery Banke Museum in Portsmouth, NH, which later gifted it to the Museum of Fine Arts, where it is today. The paneling ended up on the Woolworth family estate in Augusta, Maine.
When the Woolworth house was slated for its own demolition several months ago, Brian Cooper of Early New England Restorations stepped in to save the paneling yet again. Its handsome white pine, while originally painted, is now natural. It now sits in his warehouse in Stonington, CT, awaiting its third home. While a museum life is a possibility, this well-traveled survivor is also available for private sale, at approximately $90,000 installed, Cooper estimates. For more info, email Cooper. 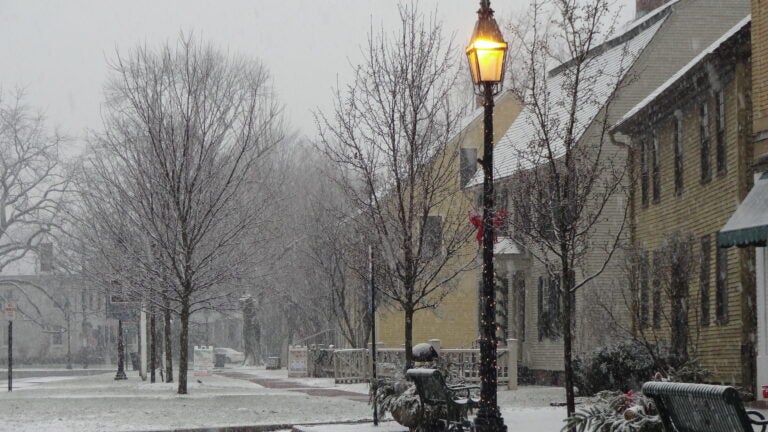