DesignIntelligence, the bimonthly journal of the Design Futures Council, a national network of design, product, and construction leaders, has named three regional academics to its annual list of 25 exemplary education professionals — two of the regional honorees recently had their work featured in our pages.

Karen Clarke, co-program director and associate professor of interior design at the  New England School of Art & Design at Suffolk University, has taught at Suffolk for 15 years. She is also the sole proprietor of an interior design firm that specializes in residential and commercial interiors. Her own home, a renovation of a mid-century modern house in Lincoln, Massachusetts, was featured as the cover story of our September/October “Classic Renovations” issue.
Robert A.M. Stern, dean and J.M. Hoppin Professor of Architecture, School of Architecture at Yale University, is the founder and senior partner of Robert A.M. Stern Architects of New York City, and is a fellow of the American Institute of Architects who awarded him the Medal of Honor in 1984 as well as the New York chapter President’s Award in 2001. His interest in New York City’s architecture and urbanism is found books he has coauthored as well as in the eight-part, eight-hour PBS documentary television series. His chapel at Salve Regina University in Newport, Rhode Island, was our Places feature in the May/June 2011 issue.
The third honoree, Charles Waldheim, professor and chair, Department of Landscape Architecture, Harvard University, has yet to be featured in DNE, but with his resume, surely we will be tracking him down for a story. Waldheim is credited with coining the term “landscape urbanism.” His research focuses on landscape architecture and urban life and he has lectured on the topic across North America, Europe, and Australia. In 2006, he received the Rome Prize Fellowship in Landscape Architecture at the American Academy in Rome.
The 2012 education honorees were selected by DesignIntelligence staff with input from design professionals, academics, and students. Educators in the areas of architecture, industrial design, interior design, and landscape architecture are eligible. 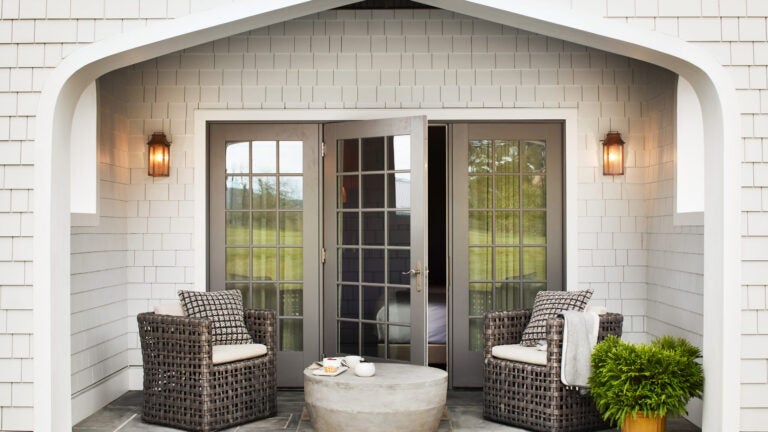 Mass. has 2 of the best new hotels on the planet, according to Architectural Digest