Where else to present the Bulfinch design awards than at the Massachusetts State House, the landmark civic building designed by Charles Bulfinch, for whom the prizes awarded by the New England Chapter of the Institute for Classical Architecture & Art are named? This “new” State House (above) was built in 1798 atop Boston’s Beacon Hill across from Boston Common, a public park that also has the stamp of Bulfinch’s influence.

One fascinating factoid about Bulfinch, revealed by keynote speaker Judge Douglas P. Woodlock at the ceremonies last week, was that despite his prolific architectural commissions, his exhaustive engagement as a public official, and his own familial wealth, in 1811, he found himself in what was colloquially referred to as debtor’s prison, the very Massachusetts State Prison he himself designed in 1803. (Imagine how many such institutions we would need today if being in debt were still a crime!) Alas, his stay was brief and the Boston native went on to do more for his country’s civic life including designing much of the U.S. Capitol building in Washington, D.C., after the British had set it afire.
Woodlock’s discussion was much about the important role architecture plays in the civic discourse. The ICAA affirms that notion by awarding its Bulfinch Grand Prize for a public building. This year, Connecticut architects DeCarlo & Doll Inc. won for the restoration of Waterbury (CT.) City Hall (interior pictured below), a historic landmark designed in 1914 by Cass Gilbert.

The other awards were for residential design. Best Suburban Residence went to Jan Gleysteen Arcitects, Inc. of Wellesley, Massachusetts, for a Greek Revival house (below) the firm designed in suburban Boston.

Best Urban Residence was awarded to Dell Mitchell Architects Inc. of Boston for a Back Bay townhouse renovation and Best Interior went to Carter and Company Interior Design Inc. of Boston for a Chestnut Hill Georgian.
And full circle back to Bulfinch, who had an interest in landscape architecture as well as buildings, the Landscape award went to Gregory Lombardi Design of Cambridge for a Georgian Country Estate (below) in suburban Boston. 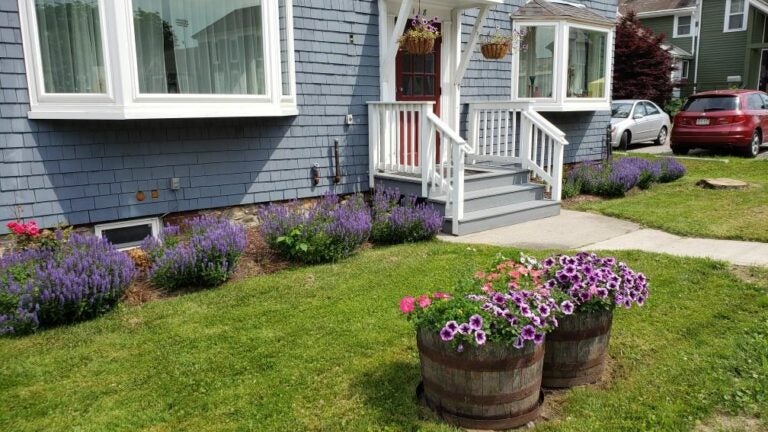