Dancing the Charleston to entertain the crowd at Clarke’s Designer Appreciation Night.

A Roaring ‘20s speakeasy was the theme of Thursday night’s 5th annual Clarke Designer Appreciation Night at its expansive showroom in Milford, Massachusetts. People came dressed in fringed dresses and fedora hats ready for a flapper-inspired night of fun. The mega-distributer, the region’s Number One resource for Sub-Zero and Wolf appliances, put on the extravaganza to thank the attending architects and kitchen designers who regularly call on Clarke to outfit their projects.

The Swing Legacy provided music from the era.

As part of the festivities, Clarke awarded prizes to the winners of its Design Contest & Designer Rewards Program. The three top specifiers were Cameron Snyder of Roomscapes Luxury Design in first place, Duncan Lomas of Vartanian Custom Cabinets in second, and Rosemary Porto of Poggenpohl Boston, third.
A panel of design professionals judged the design contest. First place for contemporary design went to David Hacin of Hacin + Associates for his sleek, white kitchen overlooking the Charles River in Boston’s Back Bay. Taking first place for traditional design was Alicia Orrick of Orrick & Company and Lindy Weaver of Lindy Weaver Design Associates, who mirrored an integrated Sub-Zero refrigerator with corresponding cabinetry to obtain complete symmetry in their kitchen.
Placing second for contemporary design was Cameron Snyder and Judith Whalen of Roomscapes Luxury Design. Second place in the traditional design category went to Jan Gleysteen of Jan Gleysteen Architects. The winner in the “other room” category was Karen Laskoske of Crown Point Cabinetry. Claudette Andrew of Westborough Design Center took home the People’s Choice award.

The contest entries were on display for guests to review.

Afterward, the state-of-the-art kitchens were up and running as zoot-suited chefs whipped up delicious plates to prove, in case guests didn’t already know, just how well the ovens and stove-tops perform.

Servers from Pepper’s Catering prepare to serve from a Clarke test kitchen.

There was some business conducted as Clarke introduced hot (and cool) new products including a Wolf convection steam oven and two Sub-Zero refrigerators, one measuring 36-inches wide, and the other with a hidden, interior ice and water dispenser.
To top it all off, the company announced that it made good on its plan, announced last year at the awards event, to cover every possible inch of its roof with a solar installation that has made it, electricity-wise, a net-zero company. No wonder they could print $100 bills with company president and CEO Tom Clarke’s portrait where Ben Franklin’s used to be.

One of the many kitchen vignettes at the Clarke showroom. 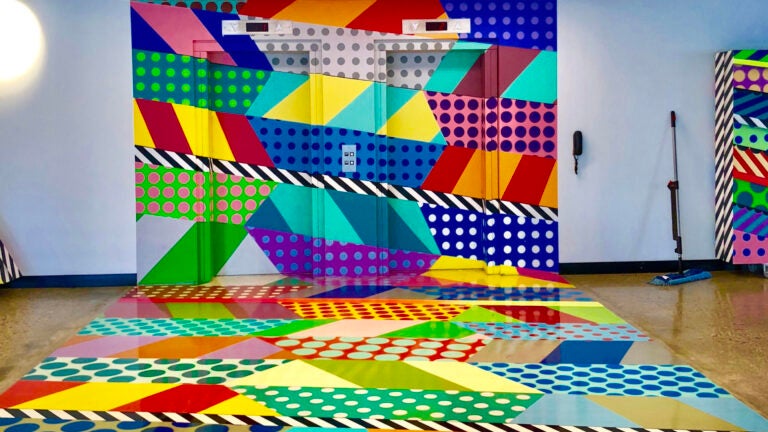 Inside Boston’s hottest hotels, from bleak to chic, and everything in between