Carol Gilligan’s garden (Growth & Discovery May/June 2012) captivates with its fanning ferns, elegant birch trees, hydrangea vines, and dappled sunlight. That it is a garden that flourishes mostly in the shade, however, is what astonishes. Shade gardens like Gilligan’s thrive when the limited sun is embraced and plants known to excel in low light are smartly given the freedom to grow and develop as nature intended. Many beautiful species flourish in shade or limited sunlight but they don’t get the attention afforded to showy full-sun blooms. Here are some to consider.

The easiest way to achieve the lush, naturalized look of Gilligan’s garden is with perennials whose foliage rather than flora is the star. Such plants are important to the shaded garden scheme as most offer slender, delicate blossoms in muted colors rather than the big bold flowers of sun-loving irises, peonies, or roses. Some of the most successful and alluring plants in the shade garden, such as ferns (of which there are literally thousands of species), don’t bloom at all, but offer texture and motion in their lacey green fronds. Then there is the myriad array of hosta, which send up lanky shoots with delicate blossoms during their blooming season, but are admired for their foliage. Their beautiful leaves come in various sizes – from small and compact to burly elephant ear varieties – and colors from deep dark green to blue-gray to bright yellow-lime to multiple variegated offerings.

The hosta and ivy will remain lush and green long after the irises tucked among them have faded and died. One of Gilligan’s beloved multi-trunked birch trees is in the background.

If you must have blooms, try flowering perennials. Columbine has blossoms (most common of which are purple bells) filled with nectar so they are sure to attract butterflies and hummingbirds. Another favorite is astilbe, a tough, full shade plant with finely shaped green leaves accented by red, pink, light purple, or white feather-like blooms. Bleeding heart plants boast pink or white heart-shaped florets that hang from thin stems and also do well in shade, blooming in late spring and early summer. For a touch of late-summer color, there is monkshood. From the buttercup family, it has adorable drooping blue flowers.
Sometimes it’s difficult to grow plants in densely shaded areas because the soil is often filled with the strong, shallow root systems from nearby trees. There are several groundcovers that do reasonably well in such an environment. Lamium yields tight clusters of pink or white flowers and can bloom off and on through the summer months. Wild violets, wild ginger, vinca vines, and lilies of the valley are other durable groundcovers. Daffodils like to pop up in wooded areas, too.

Variegated hosta circle a terra cotta pot full of shade annuals in a space blessed with a wonderful view of the Berkshire Hills.

For annuals, it’s true — they don’t bloom well in heavy shade, but some do better in light shade than in full sun (which could fade colors and cause wilting). Among them are the dependable, if somewhat ubiquitous impatiens and tuberous begonias, both of which offer lots of varieties. Don’t bother trying to grow shade annuals from seed in New England though, as the climate makes a season too short to accommodate maturation that will yield blooms.
Some bulbs can be planted in shade in the fall for spring blooms. The early bloomers such as crocus, scilla, and some types of tulips are the best bet. Other varieties may flower only the first year, and produce only foliage after that.
Vegetables are no doubt best in the sun, but if you’ve only got shade, try leafy greens (lettuce, spinach, kale, Swiss chard), which will indeed grow in lightly shaded areas though they won’t be as robust. Mint, thyme, and chives are your options for herbs, just be sure they have fertile soil.
And don’t be afraid to bring those houseplants out for the summer. It’s good for them to get some fresh air, but protect them from the hot sun by putting them under a tree or on the north side of the house.
What makes Gilligan’s garden so magical? See for yourself the generous doses of dryopteris, dianthus, maidenhair, sedum, spirea, lamb’s ear, foxglove, nepeta, phlox, bee balm, echinops, climbing hydrangea vines, lupine, and the love of its gardeners.

A view from the arbor-covered walk that leads from house to writing studios shows the earthy, organic landscape of Gilligan’s shaded garden.

In the same spot, the opposite view looks back to the house with a carefully planned bed of foliage plants and a semi-sunny area for relaxing in lounge chairs. 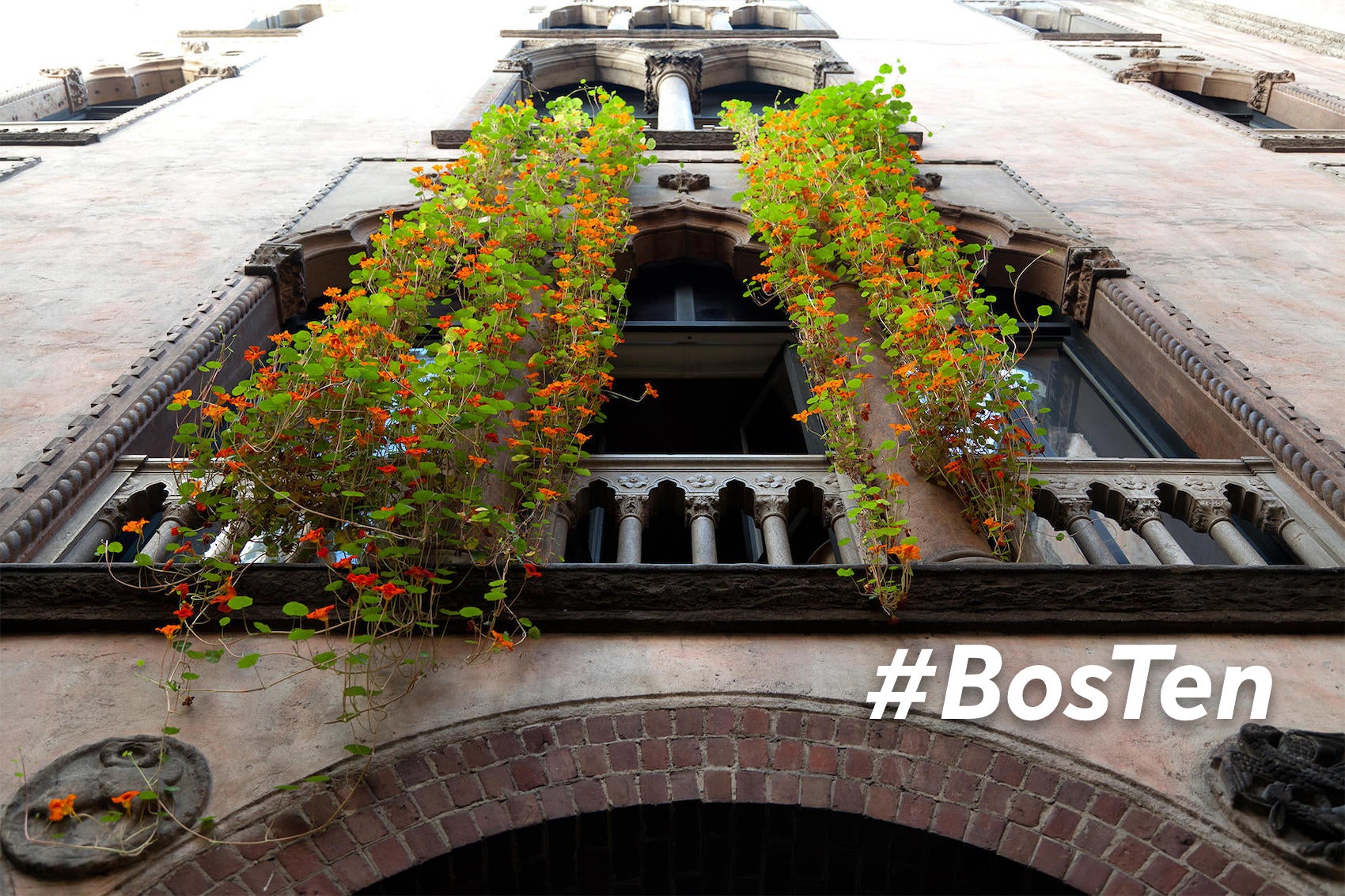