It is high summer in Newport and a well-heeled crowd packed the Gala Preview
Party for the Newport Antiques Show last evening, on the campus of St. George’s School in Middletown. Design New England, a media sponsor of the event, strolled the aisles with three delightful Newport design professionals to see what caught their eye and hear their suggestions for incorporating antiques into home and garden designs.

The show’s 41 exhibitors and their wares made it clear that antiques – whether from the
1850s or the 1950s – have the ultimate design staying power. Here’s a recap:

An Adirondack 1950s twig corner cupboard drew Dorienne West Farzan into the booth
of Brennan & Mouilleseaux, noting that twig is an unusual material for the form, which tends to be traditional millwork. “This could totally make a room,” said West Farzan. In the same booth, Kate Field was taken with the verticality and Giacometti-like appearance of an African wooden sculpture that stood on a table near the twig cupboard. “It has a very calming presence,” she noted.

A collection of glass rolling pins intrigued all three designers at the booth of Sallea Antiques, where they learned from dealer Sally B. Kaltman that the English circa 1850s pins were made of “end of day” glass (factory scraps). West Farzan admired the glass material, noting that rolling pins are more common in marble or wood.

A set of 12 Chinese watercolor paintings of butterflies in hand-decorated chinoiserie
frames stopped Rugg in her tracks, at the booth of Earle D. Vandekar of Knightsbridge. “From a decorative standpoint, anything in a series is terrific and the more the better,” noted Rugg.

Oversize stone urns in the booth of Village Braider Antiques prompted Field to advise restraint: “If you site these pieces on piers or pedestals they become pretentious, but if you just tuck one along a path, it becomes something to be celebrated.” In the same booth, an iron doorstop in the shape of a dog also appealed to her, who is always on the lookout for good doorstops. “This would be great propping open a screen door to the garden.”

As cocktail hour coincided with the gala, perhaps it is no surprise that a cocktail theme emerged, represented by two fun finds: a glass and chrome 1960 table in shape of a martini glass at the booth of Marion Harris, which beguiled our design trio for both its form and function; and a wicker cocktail table big enough to hold just one drink at the booth of Antique American Wicker. On that note, it was time for a sip.
The Show, which runs from Friday-Sunday, July 27-29, benefits the Newport Historical
Society and the Boys and Girls Clubs of Newport County. Show admission is $12. 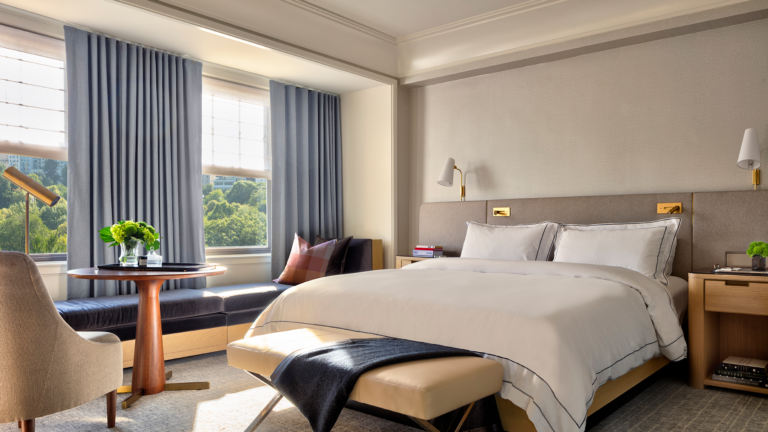 3 new local hotels you should visit in 2020, according to Forbes Travel Guide