There’s something in the air this time of year (despite the frigid chill of a New England January!) that warms and revitalizes the soul. Whether with a daring New Year’s resolution, an enticing project, or just the comfort of a familiar routine after the holidays, it motivates us to take on the year ahead with renewed energy and verve. As we at Design New England look forward to all the projects we have lined up for our 2013 issues, we recall the old saw that says you can’t know where you are going if you don’t know where you have been. Therefore, we have decided to review our favorite things from Design New England’s 2012 pages. Here are some of my picks.

STAY AWHILE
I also love Yee’s guest bedroom. The symmetrical slope of the third-floor space and the recycled barnboard makes for a cozy space to spend the night. Vintage portraits add a sense of heritage and history.

MAKE A SPLASH
How could you not love Gay Gillies’ bathtub? Gillies, a painter, sculptor, and children’s art teacher who lives in Boston’s Jamaica Plain neighborhood, spray-painted an old claw-foot bathtub silver and then lavishly decorated the legs with bold color and pattern. The rest of her house (House as Art, May/June 2012) is equally personal and exuberant.

WINDOW TREATMENT
It’s not in every issue that we borrow three vintage windows, lug them into a photo studio, and invite each of our Selections contributors to create a cozy seating area using the panes as inspiration. But we did just that for our September/October 2012 issue as we hung the windows from the studio rafters and, with depth, energy, and vibrancy (from left to right), Marc Hall of Marc Hall Design in Boston, Paula Robinson Rossouw of Paula Robinson Design Group in Kennebunkport, Maine, and Teri Maher of Teri Maher Interiors in Waterbury, Vermont, designed three gorgeously alluring spots that fit perfectly with the windows from Restoration Resources in Boston. Just don’t ask me to pick a favorite from among the three!

ACCENT THE POSITIVE
Speaking of home products made locally, Design New England’s first-ever gift guide had designers scouring the six states for artisan home gifts made here in New England. Laura Wilmerding of Laura Wilmerding Interiors in Chestnut Hill, Massachusetts, discovered these cheery pillows by Burrow & Hive. They come in many sizes and color patterns and can be found at Liz Caan Interiors, where interior designer Caan has her studio and shop in Newton, Massachusetts.

NORTHERN EXPOSURE
When looking for quintessential New England photographs of summer for our July/August Selections, we came across this beauty by Nick LaVecchia. At first glance, the scene looks straight from California, but LaVecchia shot his truck and his surfer brother one sultry summer day by the ocean in York, Maine, where the photographer is based.

SEASON’S BEST
The idea that autumn could be the favorite time of year for a landscape designer still fascinates and refreshes me. That’s what Wes Rouse expresses in his Connecticut garden (Winter Can Wait, November/December 2012). Its natural radiance is captured in the off-season with a beautiful looseness that, combined with the sight of Montauk daisies, autumn clematis, coleus, Westringia, azaleas, and witch hazel, almost stops winter in its tracks.
Tomorrow we’ll post Editor Gail Ravgiala’s 2012 design favorites. 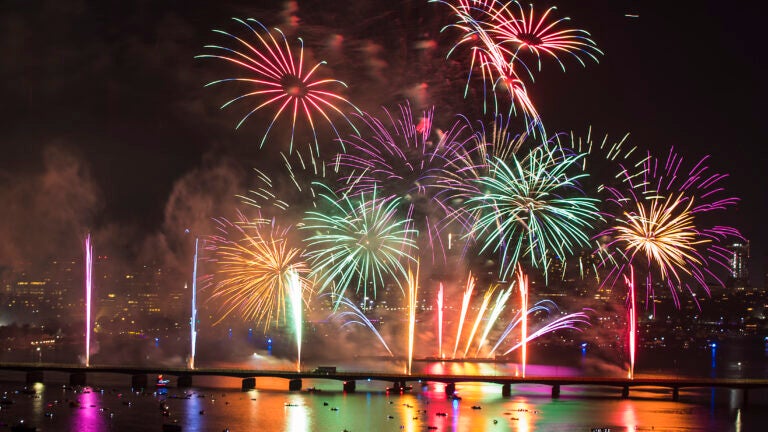