A rendering of the Ola Bench Diseño Neko of Mexico City, Mexico, designed and constructed for Design Museum Boston’s international Street Seats competition is among the 20 designs that are installed on Boston’s Harborwalk.

If you’re in Boston this weekend, take a walk along the Fort Point Channel and you’ll notice 20 public benches installed along it. They’re the work of students and design firms who entered their urban seating ideas in an international design competition held by Design Museum Boston, which, with more than 170 submissions, had a panel of judges choose the 20 semi-finalists that received funding for construction. The museum will offer tours of the benches and announce a $5,000 grand prize-winner, a $2,000 runner’s up, a $2,00 people’s choice winner at its free opening celebration Saturday April 27, starting at 1 p.m. The people’s choice will be chosen by the festivity’s attendees, and we will post the winners next week.

The luminUs is by Dyer Brown Architects of Boston Chapman Construction of Newton, Massachusetts.

The benches will remain along the channel for the public to enjoy until October, when they will be moved to a location chosen by the sponsors that buy them (6 are still looking for buyers). A QR code accompanies each and when activated with a smart device, links to more information, including renderings and a video about the design. Each is made from sustainable and environmentally friendly materials, and rethinks what it means to live in the city and rest and pause at a bench. Some of Massachusetts’s semi-finalists include Boston’s Spagnolo Gisness & Associates, Make Stuff Lab, Dyer Brown Architects, Moskow Linn Architects, Cambridge’s IDEO, and Charlestown’s RadLab. Firms and individuals located in New York, North Carolina, Georgia, even Mexico, Italy, and France are also represented.

The Seam Bench by Andrew McClure came all the way from Paris, France.

The competition was launched last September by Design Museum cofounders Derek Cascio and Sam Aquillano with the hope of having fresh design ideas come in locally, but submissions started rolling in from around the world. Supported by the City of Boston, Mayor Thomas M. Menino, and a grant from the Pilot Fort Point Watersheet Activation Grant Program administered by the Boston Redevelopment Authority, donations also came from companies and organizations such as Red Thread, Boston Society of Architects, Boston Design Center, Gerding Edlen, Grand Circle Corporation, P&G Gillette, Skanska, Blue Dragon, and AIR Graphics. 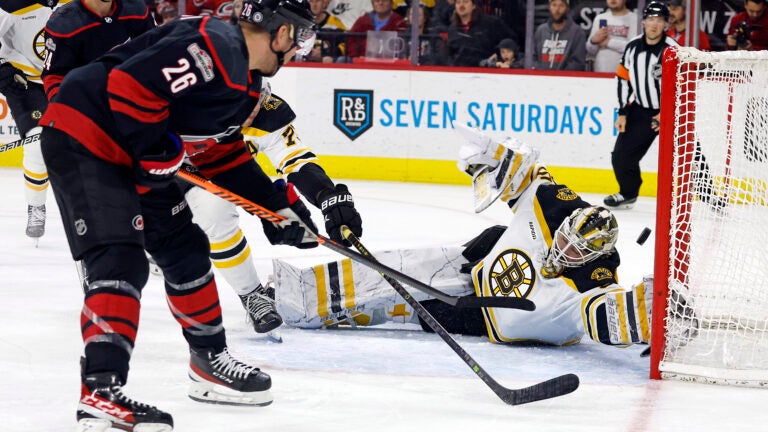 In Bruins’ record-setting season, the Hurricanes loom as the greatest obstacle to Boston’s Cup hopes